Simple guide explaining where the powerful and beautiful Dragon Sword is and how to reach it.

What is the Dragon Sword?

The Dragon Sword is a secret great sword that has very good stats, doubles in critical chance when your health is low and won’t get lost on death, even if it’s not equipped. 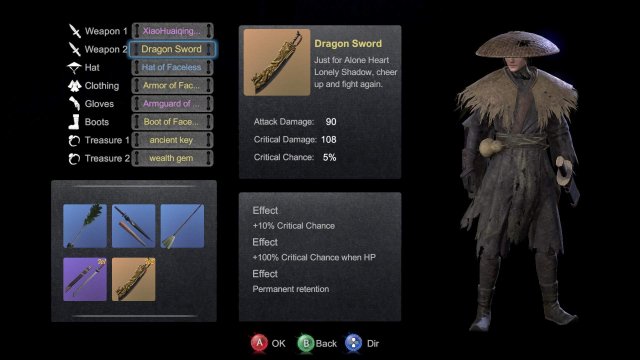 If you want to get the Dragon Sword, you need to unlock any skill that lets you extend your jumps. Since I mainly play with weapons of the “Blade” category (one-handed swords), the ideal skill for me was Air Puncture, which makes the character dash forward in an almost straight line. 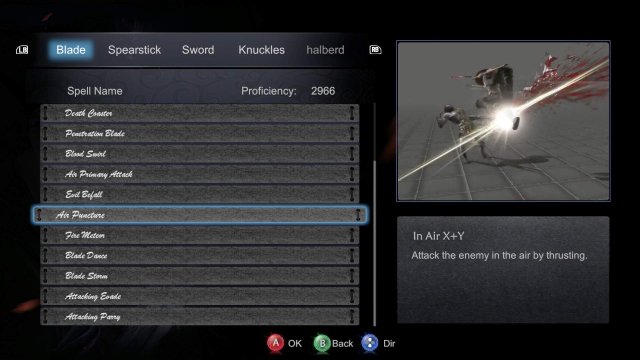 Where to Find the Dragon Sword? 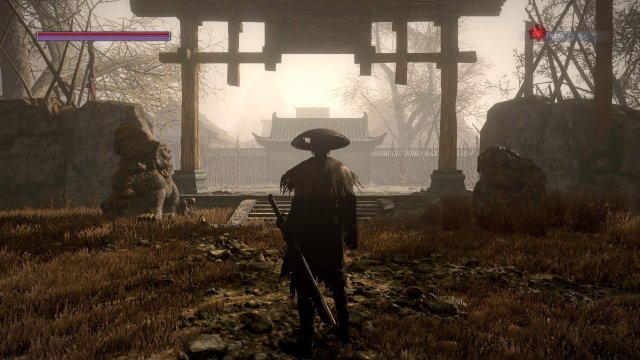 …turn right and approach the broken bridge with the shopping pillar… 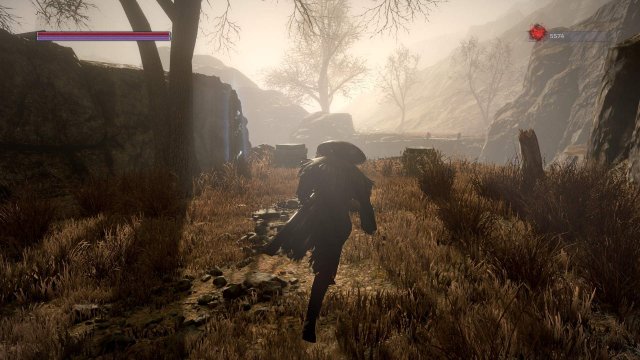 … to the right, there is a small path that leads to a chest (not always a puzzle chest, rarely a purple Orb)… 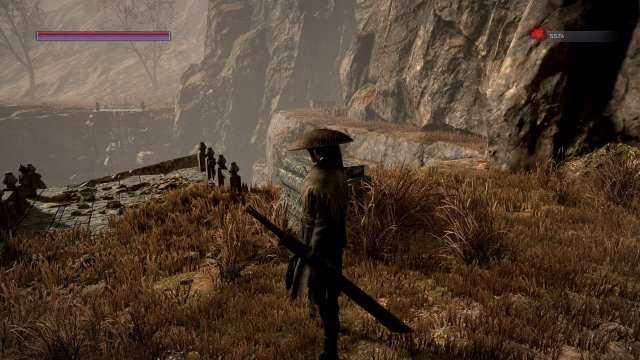 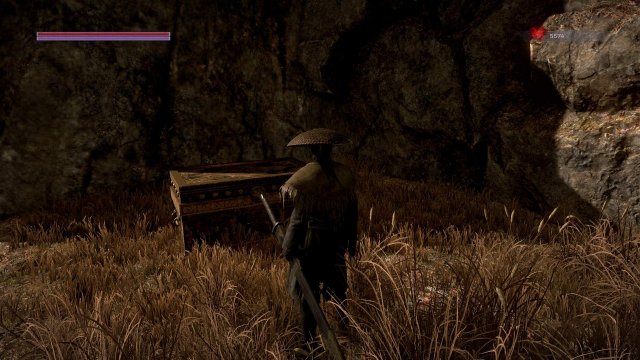 … from that chest, if you look towards the other end of the broken bridge, you can already see the Dragon Sword stuck in the ground… 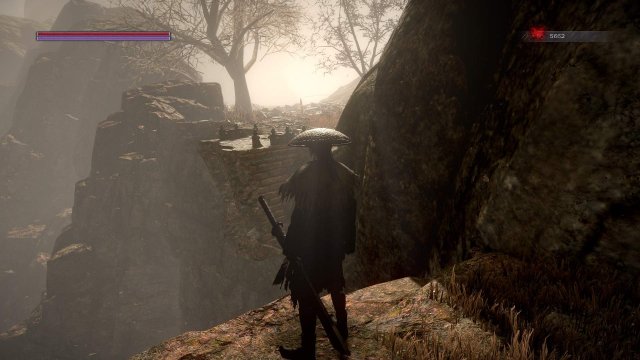 How to Actually Get There

The distance from the chest to the other end is quite big, especially if you consider that the visible part of the bridge over there apparently has no mass (i.e. you can’t stand on it and fall through, if you try).

In order to make it to the other side, I had to extend my jump as far as I could. As I mentioned above, I used a Blade (one-handed sword) for the jump and had the skill Air Puncture already unlocked.

With that setup, the combination is as follows:

If you pull it off, you’ll barely make it and be rewarded with the Dragon Sword. 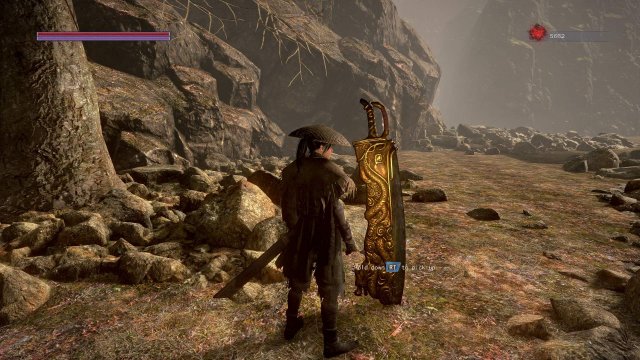 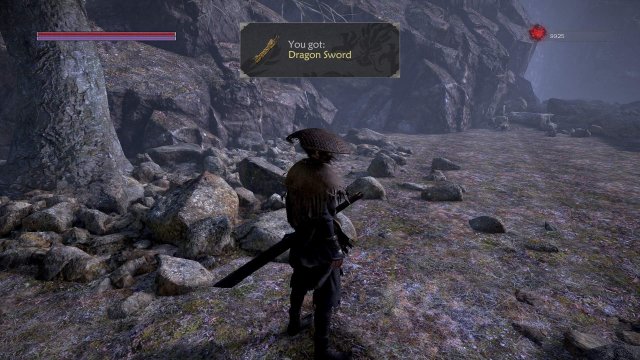 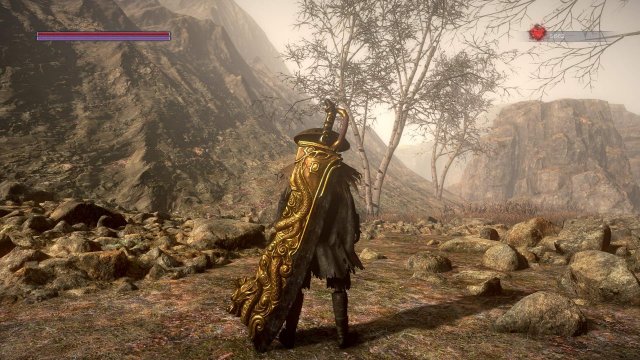 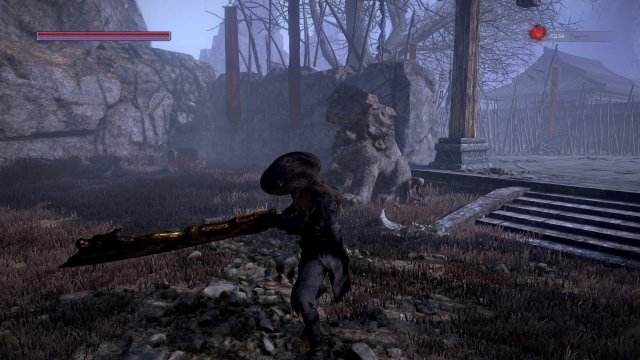 Note that the Dragon Sword will always be in its original spot whenever you reload the level (by dying or quitting and reloading or after starting New Game+) but you won’t get extra copies by picking it up again. If you have the Dragon Sword in your inventory and pick it up again, it will simply vanish.

However, if you sell your Dragon Sword (999 Blood) and then come back to pick it up, you’ll get an additional copy. 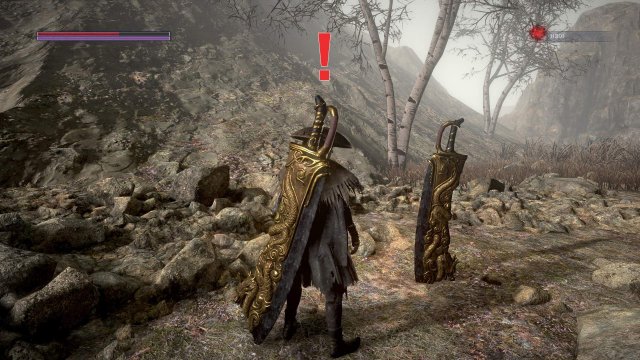 Also be careful with the terrain over there, as most of it has no mass and you’ll fall through if you venture too far, causing you to lose some health and to be stuck in the void below the world… 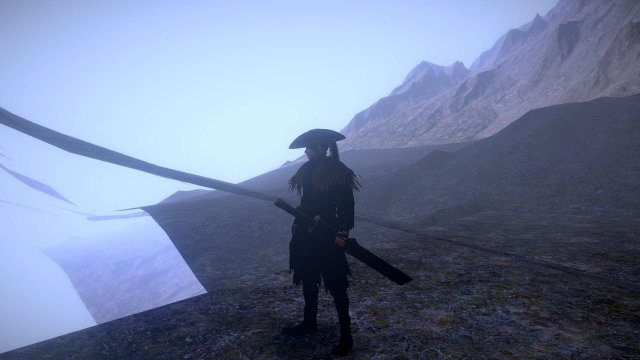 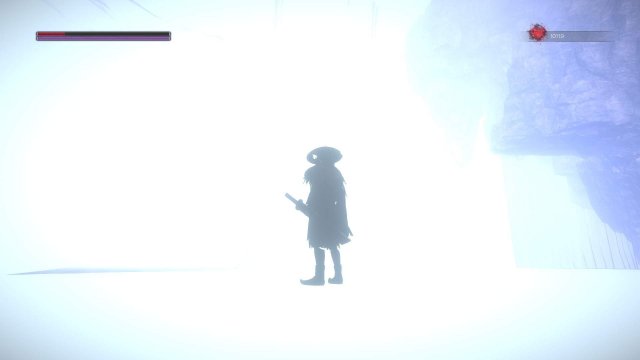 Don’t worry, though. If that happens to you, just exit to the main menu and then continue. You’ll be spawned right before the Boss area.

Bloody Spell – How to Unlock Achievements in Training Mode

This simple trick will help you obtain achievements effortlessly. Achievement Trick for Training Mode The Trick You can select and kill all kinds of enemies in training mode, so you […]

This is the one of the easter egg in the game that could get an achievement, might contain spoilers? View it on your own risk! First The first step obtaining […]