A walkthrough of the 4 different stages of Turmoil and tips to better your gameplay.

In the first few levels, the round only lasts a few months; therefore, you have to hurry to get as much oil sold as possible. It is very likely that you won’t be able to get all oil above ground in these first few levels. Because of the time and technology constraint, so…

This stage has no special elements, just oil. Set yourself a threshold price under which you won’t sell. I usually set this to a value between 0.85-1.00$. Though sometimes, prices don’t go very high and you have to settle for what you get. Start by placing 2 drowsers and placing the oil rigs where they stop; then, build pipes straight down in 150-200$ lengths. After that, when you have the upgrades, using a combination of dowsers and moles to find oil is best. First send the dowser then the mole to that location. This avoids blindly looking for oil.

Here, there is oil and rocks. Rock is an obstacle you can’t always avoid. Get the rock drilling upgrade in the factory right away. Only upgrade a drill once you hit upon rock. Connect that drill to other drills with pipes if it’s cheaper than buying separate upgrades, which it usually is.

In the third stage, the strategy changes. Here, there is oil, rock and gas. Gas allows to raise prices by channelling it to one of the companies. Moles become much more important as they can sniff out gas. You don’t want to tap into a gas pocket accidentally as this will let the gas escape. Close the valve immediately if this happens. So, get the company link, valve and mole upgrades ASAP.

To start, send out 2 dowsers and 3 moles evenly spread. Aim to have as much oil as possible in storage towards the end of the level. From here on, the placement of rigs and storage is important as you want to maximise the amount of oil you can store. Once all oil has been depleted, close the valves at the rigs, connect to the company link that is closest or has the higher price at the moment, and connect to the gas pockets. Sell oil at the resulting high prices. It is best to have at least a month to do this.

The fourth stage is the same as the third; however, you can now expand gas. So that it has the most time to grow, find the gas as soon as possible using moles or scanners, whichever you prefer, and set it up for expansion. 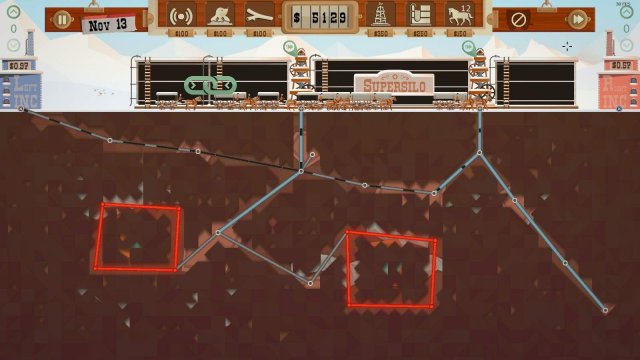 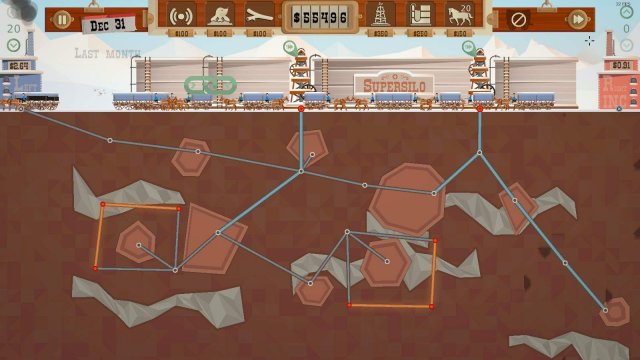 This fourth stage is where the achievements The Big Haul, Good Deal and Great Deal are achievable. 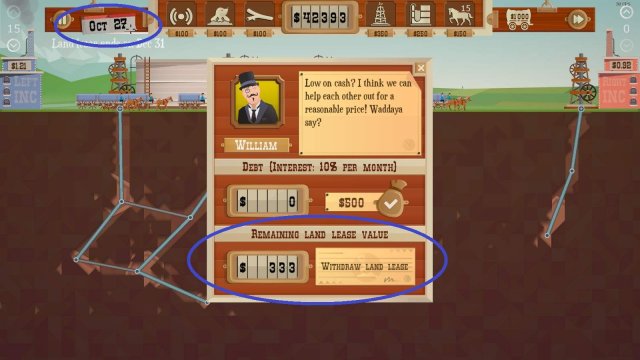