After spending sometime in this game, I thought I can give a brief guide on one of my favorite characters, that not only is easy to play, but is one of the free agents that you start off with, I’ll try to in depth as much as possible.

Hey guys, I’m going to explain how to play Mi-Nu, She’s considered Assassin class if you care enough to consider the classes anything between DPS,Tank and Specialist. She’s a very easy agent to use, and is 1 of the 3 free agents you get when you start the game. If you are into quick movement and pink cats. Mi-Nu might be the character for you.

I used to be a KORP spokesmodel! I kept the masses happy with strategic winks, well-placed giggles, and a couple of adorable shoulder shrugs. Easy, right? I single-handedly sold the Korp brand, making oppression cute AND consumable — proving that youth and good looks are the ultimate brainwashing tools!

But stardom came with a way bigger price: my freedom. My only job was to be cute, timid, and non-threatening — so I was locked away in Korp’s Apex building, to make sure the world never saw the real me. Can you imagine hiding this awesome personality away? Luckily, this kitty’s got claws… I started training in secret, improving my strength, my agility, my skills… And yeah, I totally escaped! For the first time, I felt true happiness… and discovered social media; pretty much the same thing!

Finally, I had my very own voice! Korp announced l’d been “kidnapped,” and offered a huge wad of cash for my return. Since I was so easily recognizable, I was ready to take drastic measures to stay out of their way. But before I could do anything to my face, I was stopped by a woman who knew all this cuteness couldn’t go to waste — she told me there was another way. She would help me become my true self! 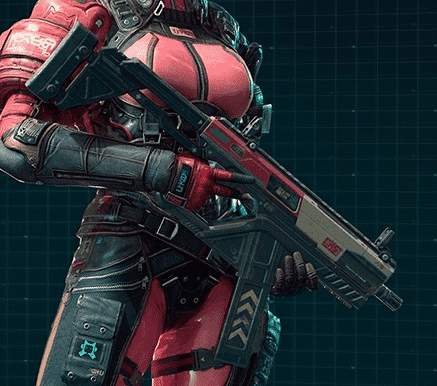 Mi-Nu comes equipped with a KA-NIP 22 Submachine Gun, comes with 30 rounds on default, it can come with more depending on the gear you run, but I digress. The fire rate on her SMG, is pretty fast, you’ll probably have to reload every 4-5 seconds. But it makes up for it with it’s fast reload speed. This SMG doesnt have a scope to it like most of the legends, except for people like Lock. and Se7en. Mi-Nu is a very nimble agent, she’s able to get picks and get out of there as fast as she was in, the only downside would be her lower health pool. Her abilities also support such a play style as we will now get into.

Until you spend a bunch of tokens on Mi-Nu, you’re going to be stuck with her normal ability for awhile, which is really easy to use. The wiki says this ” It’s useful for flanking enemies, running away or fast arriving to the target.” Which is very true, but I like to use it in the middle of gunfights to tank some damage, since not only do you gain speed, but your health regen also rises rapidly. Unlike the standard health regen which is pain to deal with since there arent any healers in the game, You can easily pop your ability after a fight during or before, and they will all help win gunfights, that’s if you have a sense of aim. You get 2 uses on this ability before you go into cooldown, you can use them after like 3-4 seconds after each other. Most of the time you wont have to use them back to back so you should be fine. I forgot to mention, that while using this ability you get a speed boost, and when you get that speed boost you become the fastest agent in the game, and make it easy to get out of someones max damage range. People can see when you use the ability since you’ll begin to emit a pink glow.

Mi-Nu’s Ultimate is a bit eh compared to her ability. It increases her health regen and her weapon damage, it’s not really much to talk about. 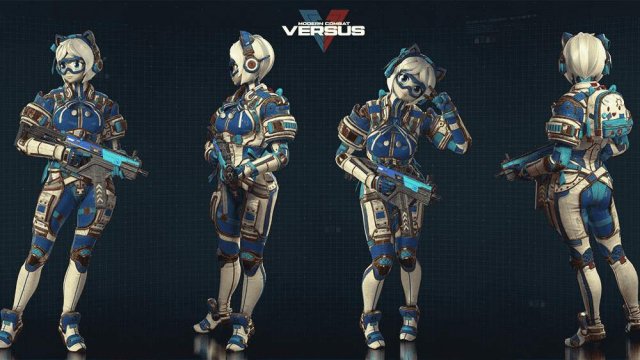 Agents have skins, but to be frank there is only 1 skin that’s worth getting for Mi-Nu and it’s Siro, Mantis is not worth even looking at. Siro is the only skin that matters.

All in All, Mi-Nu is a very diverse character who can do tons of damage, and constantly be all over the place. She’s really good at flanking and I recommend Mi-Nu to new plays who are tired of playing Lock, which I will say is one of the most 1 dimensional characters, in the game. I’ll also link my sources here. This is my first guide ever I hope that I’ll be able to make more in the future.