This guide will teach you the history, and the function of each military rank present in Day of Infamy!

The Recruit is basically a newcomer to the military in general whose basic training has not been completed. In Brazil and most of the countries of the American continent is a conscript that had to serve as a mandatory list, in the United States, Canada, countries in Europe and Commonwealth is totally voluntary, so armies are called professional armies. The Recruit through the ages is seen as a soldier with no previous experience, who is still learning the arts of war and combat, since the earliest times this rank must exist because of the need for it. The abbreviation for recruit usually in Latin languages is Rec.

The Private First Class, is a soldier who has completed the necessary training, has field experience, and served less than 2 years, in some armed forces is known as Lance Corporal, in Brazil the rank was extinguished after probably the reform of Getúlio Vargas , is a relatively recent rank, present in the contemporary age and possibly modern era.

His abbreviation can be PFC.

The corporal is usually an experienced soldier, who has completed several trainings, with similar function in various countries, he usually commands a squad, or is a sergeant’s assistant, or even an aspiring sergeant, he has a very important role, and as essential as all ranks, its abbreviation can be cpl.

In most military institutions there is a higher subcategory of sergeants, with command or staff-level responsibilities for higher-level than company-level units and subunits. This subcategory may have one or more posts with such varied names as “Staff Sergeant”, “Staff Sergeant”, “Warrant Officer”, “Petty Officer”, “Warrant Officer”, “Major”, “Assistant”, “Marshal” , among others. Senior sergeants can sometimes assume similar responsibilities to officers, such as platoon and patrol command.

The Abbreviation can be SGT.

In the Portuguese Army, the Portuguese Air Force and the Republican National Guard, Lieutenant (Ten) is the designation of the highest rank of junior officer. Lieutenants are typically responsible for commanding a platoon subunit and immediate commanders of a subunit under the command of a captain.

Finalist students in the seven-year Military Academy and Air Force Academy courses have the rank of lieutenant and are designated a “lieutenant student.”

Currently, junior officers with ranks immediately below the lieutenant retain the traditional designation of “ensign” in all weapons and services.

The post of lieutenant was introduced in Portugal during the Restoration War with the function of second commander of the cavalry companies whose captain was a superior officer or a general officer. Generally, the lieutenants ended up exercising the effective command of their companies, since their commanders had to take care of their superior commands.

There were no lieutenants in the infantry, and the ensign was the only junior officer of the companies, even those commanding a senior officer. In the 1707 reforms, the rank of lieutenant was introduced in all cavalry units as well as infantry units.

Until the early twentieth century, the rank of lieutenant was subdivided into two (first lieutenant and second lieutenant) in some weapons of the Portuguese Army. In the companies of the colonel and lieutenant colonel of the Cavalry regiments, until 1796, there was a first lieutenant who was formally his second commander, but who exercised effective command of the company when his commander was prevented by virtue of being to exercise command of the regiment. In artillery, from the middle of the eighteenth century until 1911, there was no post of ensign, having each company two lieutenants (one first lieutenant and one second lieutenant). Some foreign regiments in the service of Portugal and the engineering weapon followed the artillery system of having two lieutenant ranks and not having the rank of ensign.

From 1911, all Army weapons and services had the same patent system, with lieutenant and ensign.

The lieutenant is the officer hierarchically superior to the squares (soldier, corporal, 3rd sergeant, 2nd sergeant, 1st sergeant and lieutenant) and the special squares (Cadet and Aspirant), and immediately inferior to the Captain. It is a post in armies, military police and state military fire brigades. It is subdivided normally into Second Lieutenant and First Lieutenant, in ascending order. The career lieutenants are the young officers who have passed the Military Academies of higher education, where the courses in Brazil are Bachelor of Military Sciences (Military Academy of Agulhas Negras – Army), engineering (Military Institute of Engineering – Army) or Public Security Management (Military Police), which levels PM Lieutenants to early-stage Police Delegates.

Generally, the rank of Captain lies hierarchically between that of Lieutenant (or First Lieutenant) and that of Major. In some armed forces it belongs to the subcategory of junior officers, but in others it is a subcategory of its own designated as intermediate officers.

In the armed forces of some countries there are two ranks of captain, the superior being designated: “first captain”, “captain commander”, “captain-tyrant”, etc.

The rank of army captain should not be confused with the namesake rank in the navies of some countries, to which a superior rank corresponds. 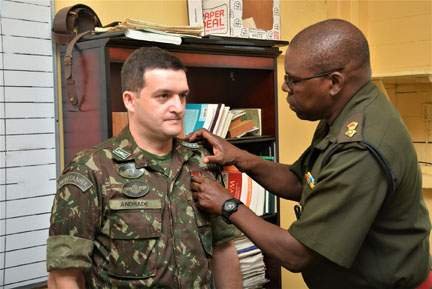 In Portugal the post of captain exists in the Army, Air Force and Republican National Guard. The belongs to the subcategory of captains, of which it is the only post. The corresponding post in the Portuguese Navy is that of First Lieutenant.

The designation “captain” has been used in Portugal since the inception of the state as a synonym for military commander. Under D. Sebastião I’s Captain-Mores Regiment, each captain was responsible for commanding a company or flag of 250 men, reporting to the chief captain of his city, town or county.

Modernly, in the Army, the captain is responsible for commanding a cavalry squadron, artillery battalion or company of the remaining weapons. In the Air Force the captain is usually assigned command of a squadron.

Until the early nineteenth century, captains used, as a weapon and insignia, a gineta (spontaneous with tassels at the base of the blade). By extension, the term “gineta” eventually meant the rank of captain himself.

Major is a military post in the armed and security forces of various countries. Depending on the country, it may have different meanings. In most countries, it corresponds to the first rank of superior officer, being superior to captain and inferior to lieutenant colonel. However, in other countries (such as France), the designation “major” is given to the senior rank of non-commissioned officer. 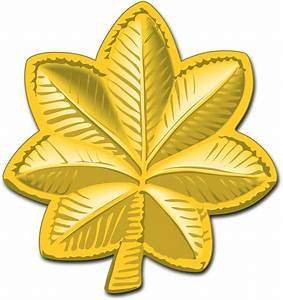 In the armed forces of various countries, especially in the nineteenth century, the designation “major” was used as the title of a function, initially performed by an officer with the rank of major, but later also performed by officers with other ranks. The function of major usually referred to that of assistant to a command or chief of staff of a military unit.

The abbreviation may be Maj.

The term “colonel” derives from the Latin “columnella”, meaning “small column”. However, it was never used as a patent in the armies of the Roman Empire. To designate a military post, the term appeared in the late 16th century in Italy, where it referred to the officer in charge of a “column” in the sense of a military force marching in column formation. The term emerged as “colonnello”, probably short for the term “capitano colonnello”, ie the captain of a column.

During the 17th century, with the shift from the system of mercenary armies to national armies in many European countries, colonels (usually noble) became the owners or holders of their regiments, taking responsibility for their administration, instruction, payment, uniform and recruitment. The colonels, in turn, contracted with their sovereign to – themselves and their regiments – serve in their army. Often the effective command of the regiments was not exercised by the owner colonels, but rather delegated to professional military officers, called “field masters”.

In the nineteenth century, in almost every country, the rank of colonel became a professional military post, retaining responsibility for commanding a regiment or an equivalent unit.

European military influence has caused almost every country in the world to introduce this patent into their armed forces. Some countries, especially communists, even introduced a second colonel rank, called a “superior colonel.”

The abbreviation can be Col.

Day of Infamy – How to Fix Stuck on Loading Screen

Day of Infamy – Guide for the Kar98k

This guide will help you use the Karabiner 98 kurz. Classes The Kar98k is Available with the Wehrmacht for following Classes. Offizier Funker Grenadier Scharfschütze Firing the Kar98k The Kar98k […]