Fortnite Season 1 shakes up battle royale considerably, introducing a new island that has plenty of new and returning locations. The new locations include immediate fan favorites like Sweaty Sands while the familiar areas include Retail Row. 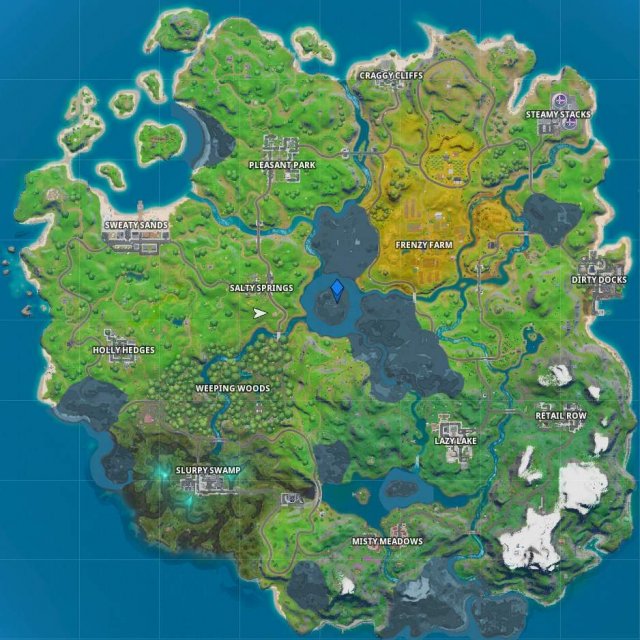 Craggy Cliffs is one of the new areas introduced on the new map that arrived after the old one was sucked away into a black hole.

This northernmost named location features a quiet town whose most remarkable features are its dock containing motorboats, the fish sticks fast food restaurant, and clocktower. 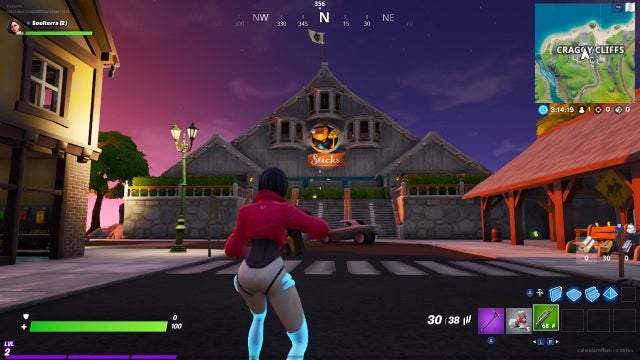 Found on the far east side of the map, Dirty Docks is an industrial dock area found right by the water. There are many warehouses, boatyards, large cranes, and motorboats found in this dreary place. 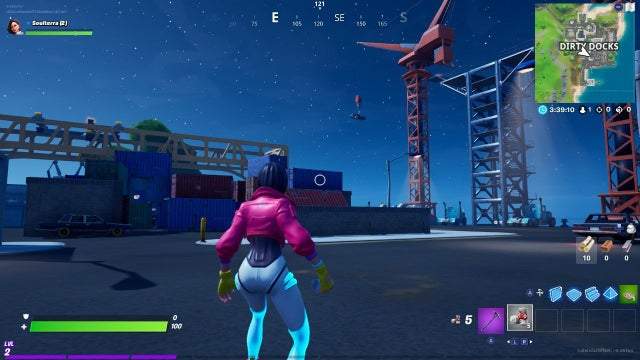 Frenzy Farm replaces Fatal Fields as the de facto rural farming area. There are field after field of crops in this large area, centered around a massive mansion filled with loot. 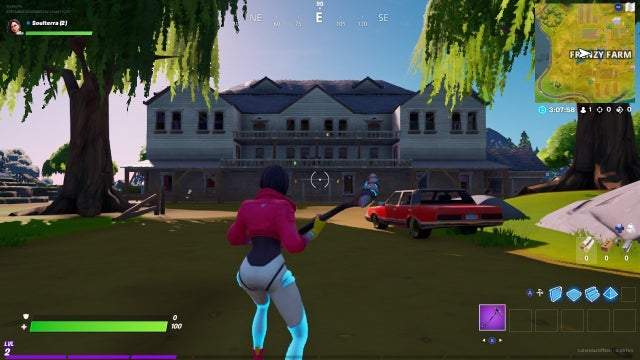 Holly Hedges is a small town that is completely surrounded by tall hedges straight out of the maze from the former Wailing Woods maze. This gardening-centric town is complete with a garden store and picturesque park. 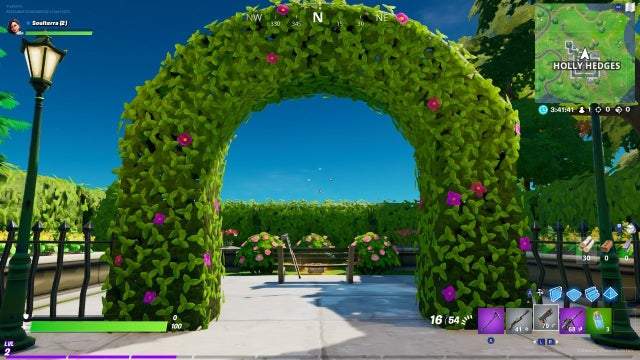 Not to be confused with Lazy Lagoon or Loot Lake, Lazy Lake is where the high-end shoppers go to spend time. This scenic town features expensive-looking shopping centers, cafes, and more. 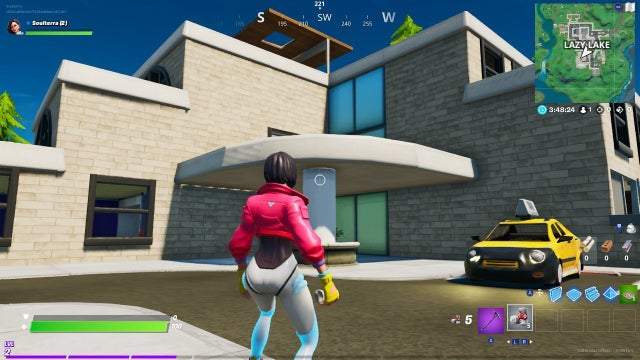 Misty Meadows feels like the updated version of Happy Hamlet, featuring that same style throughout the town. It is divided in half by a bridge with the signature clocktower on one side and the town square on the other. Slurpy Swamp is a swampy area that is home to the factory who created slurp juice. The factory has spilled over into the water around it, creating a glowing and shield-recharging effect. 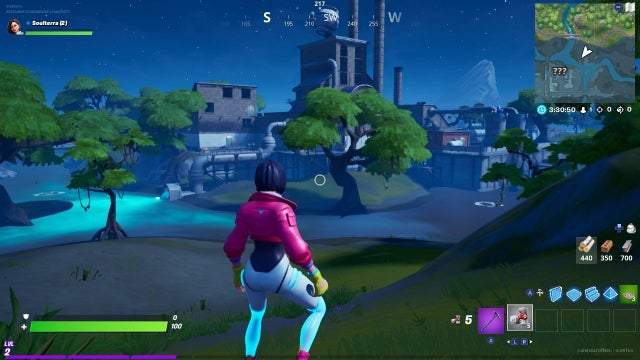 Steamy Stacks is a power plant area that has plenty of factory buildings and two massive reactors that have a volcano vent-like effect. 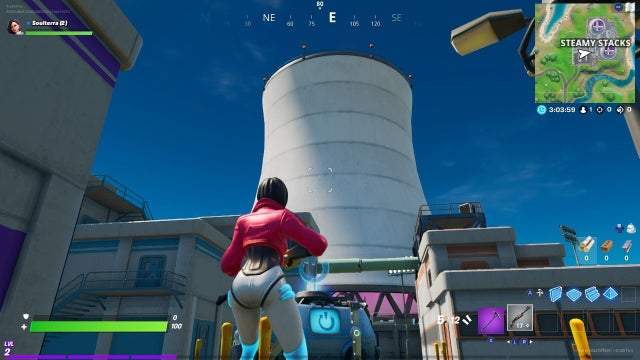 Players looking for a nice vacation should head to Sweaty Sands, a beachfront city complete with a pier, plenty of shade, and a towering hotel. 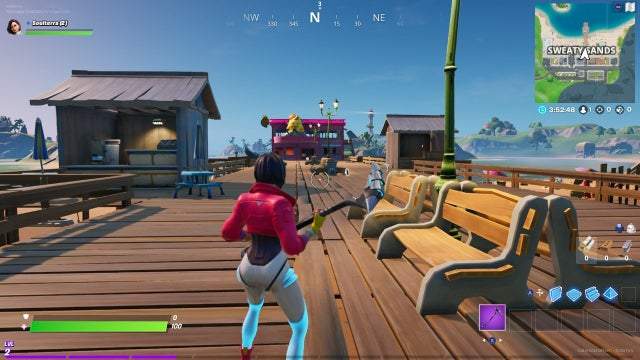 Weeping Woods is like a blend between Wailing Woods and Lonely Lodge, featuring the foresty nature of the former and the campgrounds, tower lodge, and RV park of the latter. 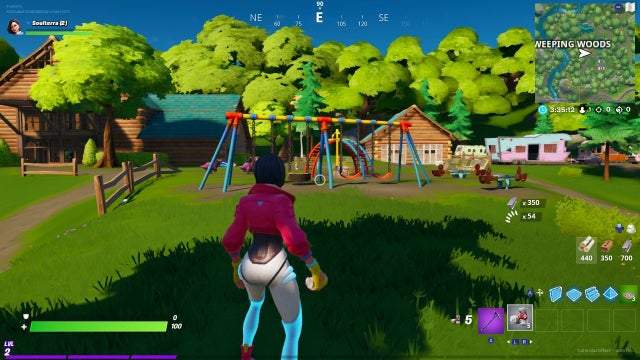 Motorboats are the latest vehicle to join battle royale in Fortnite Season 1. Capable of holding up to four players, these boats can be found in Craggy Cliffs at the dock and other locations. 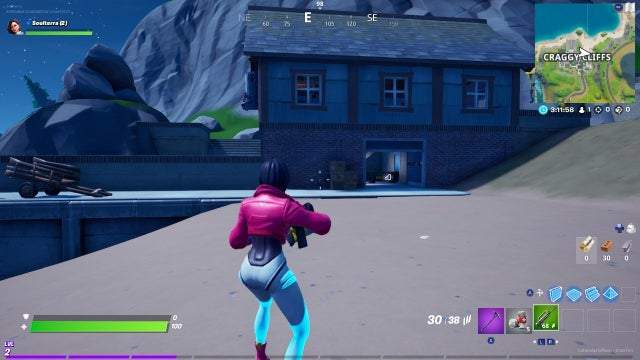 Treasure chests do return on the new map but in a more limited form than ever before. That said, there are some fancy new chests like this one found in Dirty Docks and other named locations. 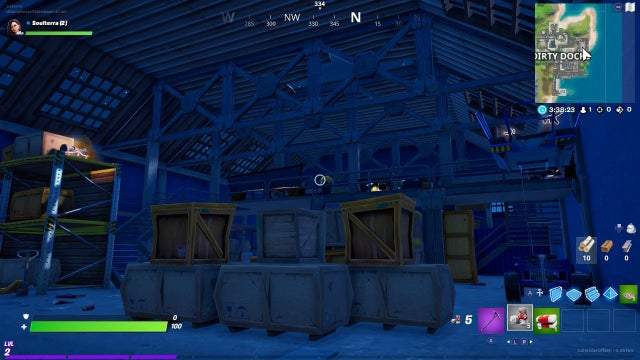 Fishing rods are a new common item needed for accessing the fishing minigame. You can find these as floor loot, in baskets, and in chests in places like the ice cream parlor in Sweaty Sands. 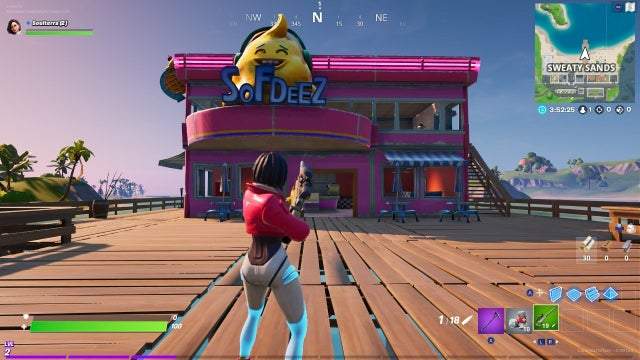 You can fish almost anywhere there is water but the best locations are those that have a swirling circle of fish and foam. You can find places like these at the beach in Sweaty Sands and elsewhere. 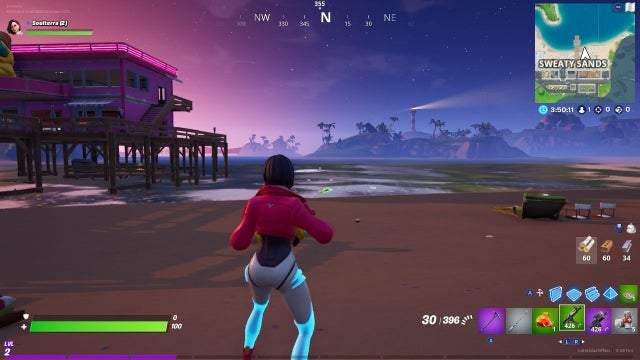 The new dance club is found in Sweaty Sands. With how many challenges that required you to visit the previous island’s dance floor, this is one location to memorize. 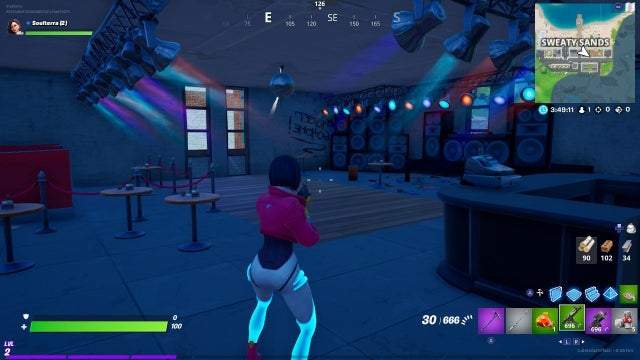 With the release of Fortnite Season 1, gas tanks at various gas stations like this one at Salty Springs can now be blown up if shot at. This is great for damaging and eliminating unsuspecting players. 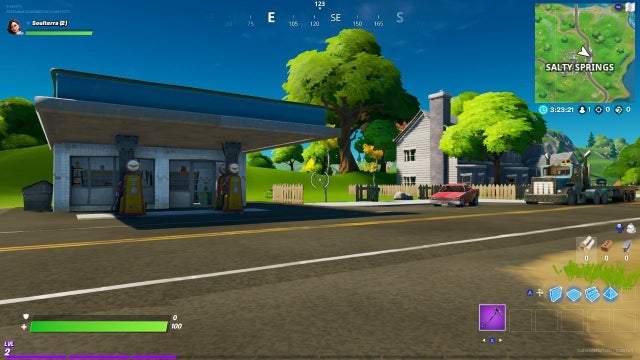 If you stand in the glowing blue water of Slurpy Swamp, it will slowly recharge your shields point by point until full. This is a great spot to visit at the start of matches because of the free shields. 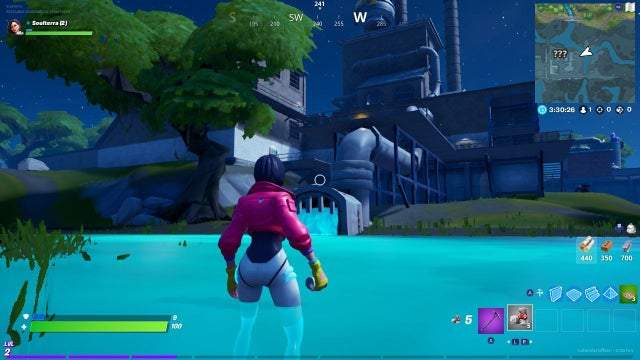 The two reactors at Steamy Stacks have vents that blow air upward, much like the volcano vents from the previous island. Jumping here will soar you up in the air to glide somewhere else on the map. You are now able to carry downed players and take them anywhere you want before they die. This is great for carrying teammates to safer locations but you can also use it to torment enemy players. Stealth is a new mechanic this season that allows the player to hide in various locations like dumpsters, barrels, and haystacks to keep perfectly hidden. The Fortnite 8-Ball vs. Scratch challenges released on January 15, 2020. If you need help with any of these challenges, our guide has you covered. You’ll be able to find […]