Just some general tweaks to get the most out of the PC port of this game. Atleast until certain aspects of it get patched!

So thanks to the way the game was made, phsyics are broken above 30fps. Play at 60fps? Not all the clothes will have working physics. Play higher than that? Boobs won’t jiggle as much. That’s a big detriment for me. I want my boobs to bounce just like they do when I go gather doritos in the middle of the night.

So here’s how we’re gonna fix that.

Download Nvidia Inspector (Or any app/graphics card utility that can cap framerates). 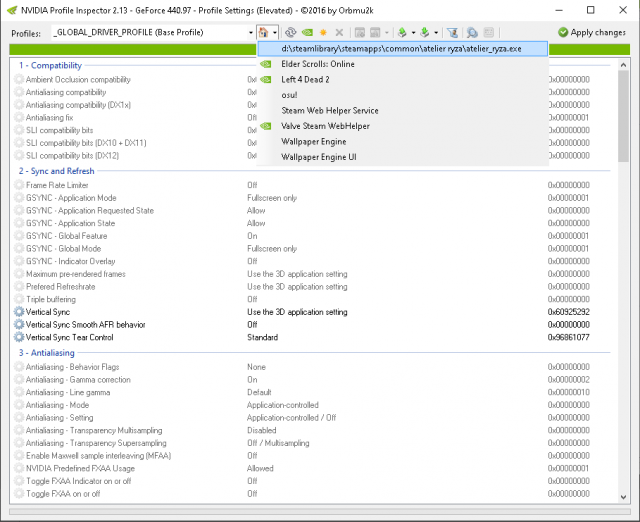 So what we’re doing is capping the game to as close to 30fps as possible. Nvidia Inspector let’s me choose 29.5, so that’s what I went with. Now here’s the important part. 30fps looks like garbage. But yet the console ports don’t stutter half as bad as the game does with a cap on PC. Why is this?

Because our refresh rate is probably too high for the cap. If you run your display at 60hz or 144hz like me, you’ll notice when you spin the camera around that movement looks janky. Yuck.

How do we fix this? 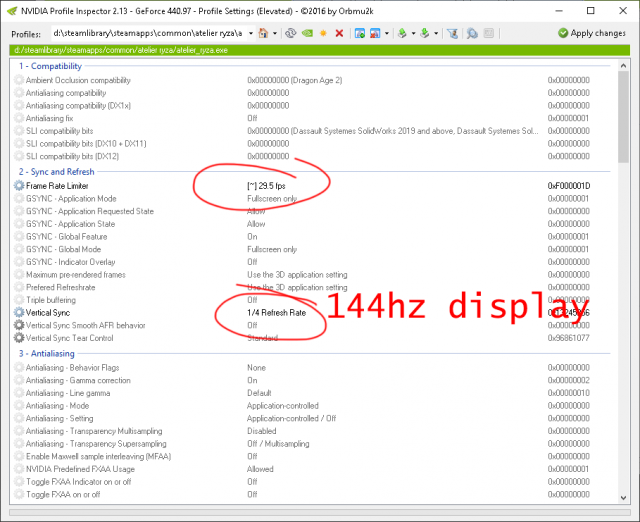 Simply lower the refresh rate of our monitor to as close to 30hz as possible. 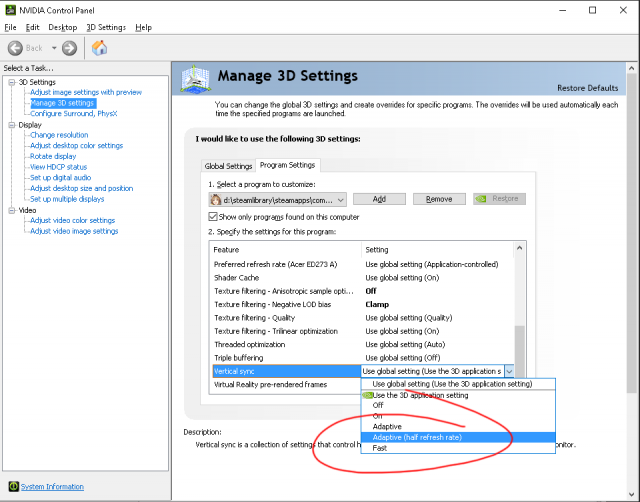 Alternatively, you can make a custom resolution in Nvidia control panel if you have a memecard like I do. Set the desktop resolution to 60hz then enable this option in the graphics control panel. But then you gotta reset your desktop every time you aren’t play Ryza. Or you can use the tool I’ve been talking about. Sorry Radeon users. There are tools for you but I don’t know how to use them. Try papa Google and let me know what works best for you.

Now that we’ve lowered the refresh rate, our 30fps looks consistent when we spin that bad camera right round. Yeah that’s right. And you know what that means? Boob physics. Doritos.

Navigate to C:UsersOwnerDocumentsKoeiTecmoAtelier Ryza or whatever path is similar for you.

Open up this .ini file.

So since we’re running the game at 30fps if you followed the boo-, er… physics part of this guide, we can bump the resolution up and not suffer if you have a half-decent PC. The game automatically downscales to your resolution so this will get rid of all the jaggies. Good stuff. 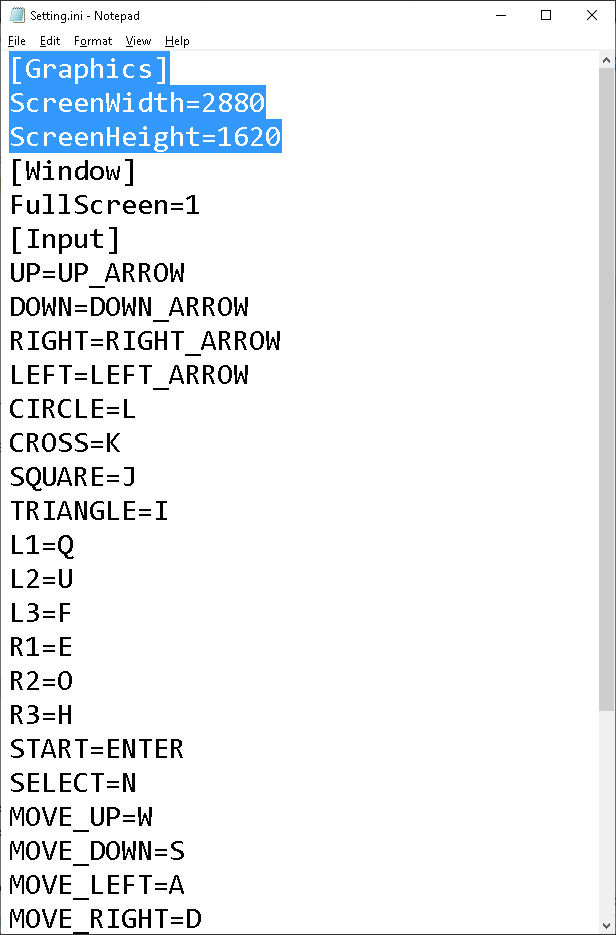 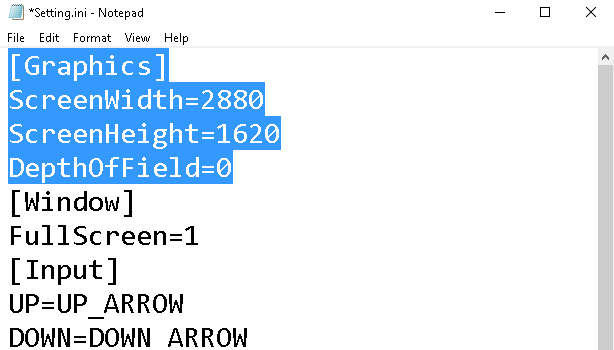 If you hate DOF, you can try adding this line. It works in older Atelier games. I’m too lazy to test this so go do that and see if it works. Sorry if it doesn’t.

Open the Nvidia Control panel and go to the 3D settings and then the settings for Ryza. Set anistropic filtering to the max. 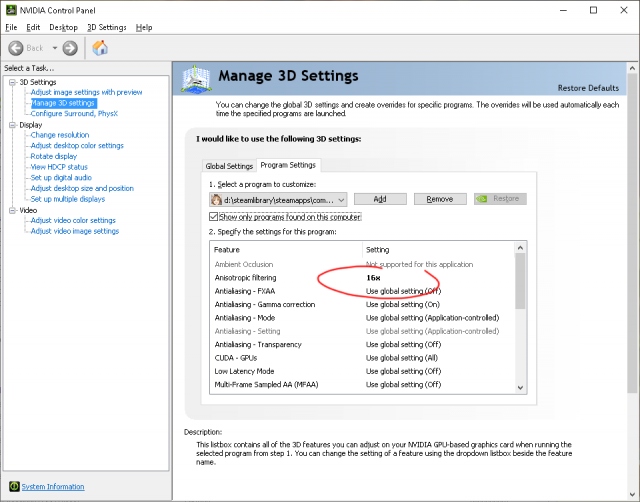 Now go download ReShade. If you don’t know what it is, google it.

When you open up the installer, point it your atelier_ryza.exe which is probably in C:Program FilesSteamsteamappscommonAtelier Ryza. Check DirectX10 or whatever it wants and then say yes to downloading preset filters. Uncheck all of them and pick and choose what you want. I like FXAA, SMAA, and Vibrance to add a bit of oomph and fix the few jaggies that are left with my memecard.

Open the game and hit the home button on your keyboard. If the resolution is so high that you can’t read the font because it’s smaller than Manly Tears’ living quarters, hold ctrl and scroll on your mousewheel while the menu is open for reshade in-game. 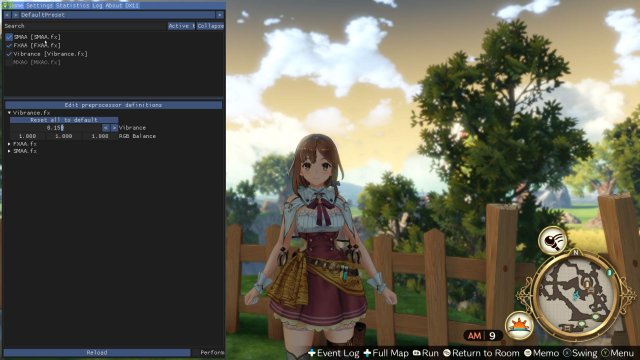 Fart around with the sliders until it looks nice for you.

Atelier Ryza: Ever Darkness & the Secret Hideout – All Ryza Costumes

Atelier Ryza: Ever Darkness & the Secret Hideout – How to Change the Xbox Button Prompts to PS4 Ones

This guide will explain how to change the Xbox button prompts with PS4 ones with the Special K texture injector. Necessary Downloads First of all let’s start with the required […]