How to Unlock the Multiplayer

You must have defeated Administrator to go to chapter 2 of the story. (to get to chapter 2 it’s about +13-15 hours of gameplay).

As soon as you are in chapter 2 before going on the first mission (Remember to go to Kirito’s tent and customize your character at the desk).

In chapter 2 of the story, you will be asked to investigate a strange creature that appeared in an area. Go check and find out things ???, then go check in the cave at ??? and after that 3000 dialogues will start with a cutscene at the end with Alice, Eugeo and Kirito. From there you unlocked the Multiplayer.

PS (Bug): If despite the notification that the multiplayer has been unlocked and tells you that the game has not yet unlocked from the menu, restarting the game is required in this way returning to the game the multiplayer will be unlocked (remember to save before to exit the game).

If you still don’t see the online mode, check that the Anti-Cheat is installed correctly, in case you uninstall and re-install it. (find it in the game folder “EasyAntiCheat”). 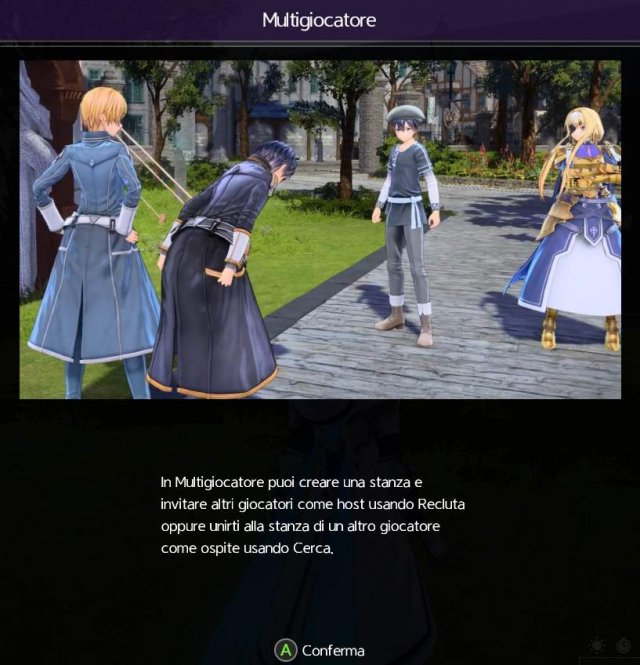 Role’s Unlocking Role’s For the most part you got your normal role’s Attacker/Buffer and Defender. Once you pick up weapon’s you will also have skill’s on the Dashboard as well. […]