Overview of the quests, requirements for quests, consequences of decisions to companions.

There are still some bugs regarding the quests or the timetunnel:

There are several lines of quest. Each line is (nearly) independend on the other lines. But in each line the quests follow each other in some way:

How to Read the Diagrams?

In the diagrams the following formattings are used 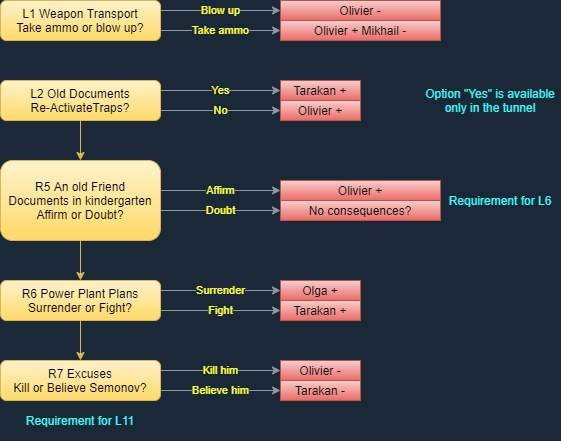 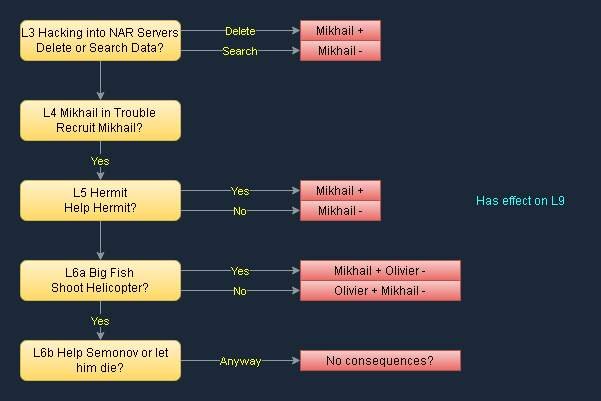 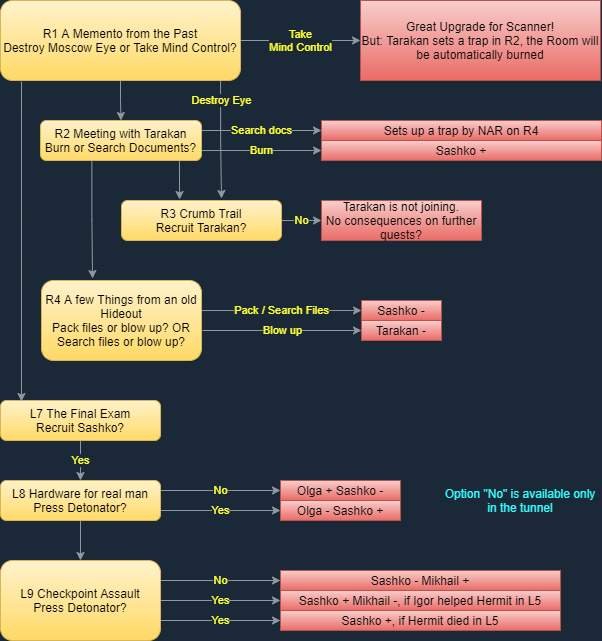 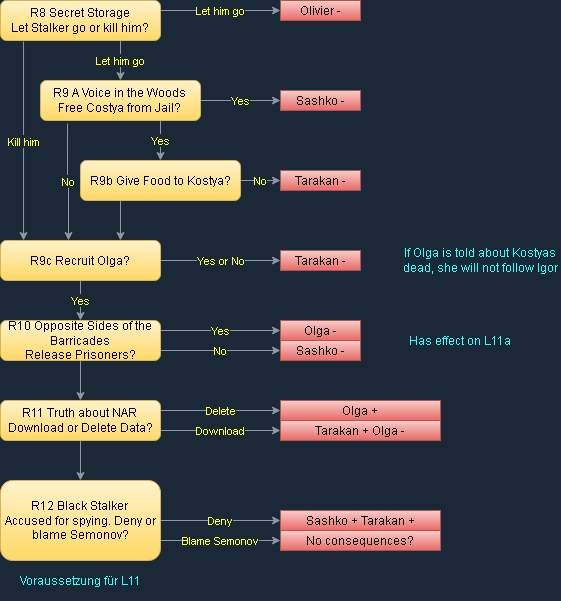 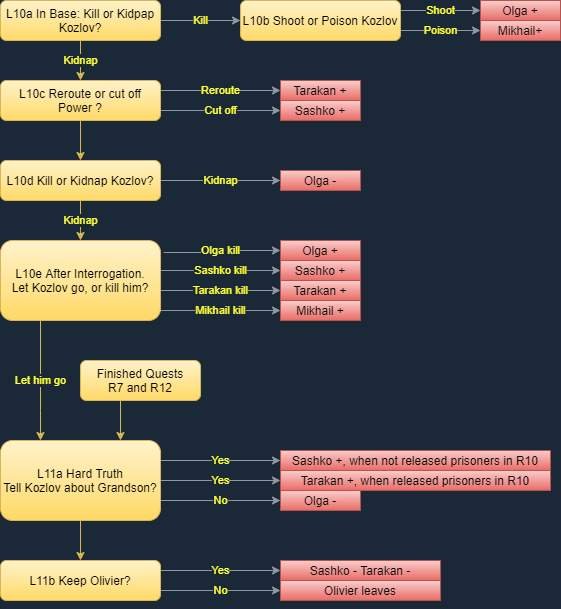 How to complete the game in only a few hours. Tips to Complete the Game Fast Note: The Heist Mission is not yet available in Early Access. General Some general […]

Chernobylite – How to Fix HDR