How to get the hero to run in circles without enemies and collecting endless resources.

Infinite looping: Pick Rogue, and Village, Outpost, Spider Cocoon and Oblivion (and something else to fill in the deck, like Grove, Forest and Suburbs and Arsenal).

Go to tier 4 boss difficulty (no resource limit), beat the bosses while placing villages. If you can fill the board with Villages before loop 35 (enemies start to become too strong and even few will kill you), and you can block Bandit camps from spawning (with Outposts and Spider Cocoons) you can go infinite loops since there are no enemies spawning.

Combine this by equipping Miner’s Pick for infinite (although slow) loot. You will also get metal from villages.

Here’s a short guide for how to survive in the game endlessly, all the way to infinite Loop counts.

This strategy can have some minor variations, but I will only explain how I accomplished “Going infinite”.

This guide isn’t for beginners. My instructions are short, and you have to fill in the gaps with what you’ve already learned of the game. However, if you haven’t beaten the last boss (Tier 4) yet, the strategy used here works pretty well I guess.

What you can accomplish:

Why use this strategy instead of just playing the game?

What you will need:

“To infinity, and to the pebbles beyond!”

Choose Rogue as your Hero. (Warrior is weaker, and gets less loot. Necromancer I haven’t tried, and I doubt it will ever work.)

Pick these 7 types of cards for your deck. (Mandatory cards are in bold.)

Here’s a picture for what you are aiming to do at the beginning of this strategy. 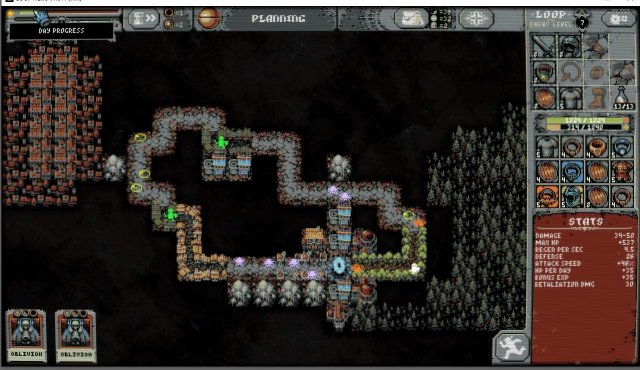 (This is from my successful Warrior run. Rogue is a better choice.)

Strategy (4/5): Omega Is Just The Beginning

At this point your board should look something like this: 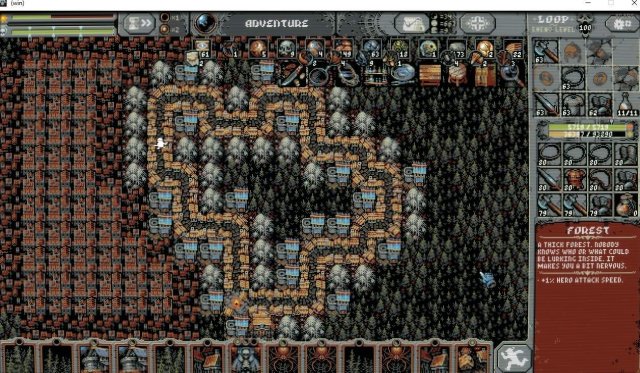 The Lich has thrown the world into a timeless loop and plunged its inhabitants into never ending chaos. Wield an expanding deck of mystical cards to place enemies, buildings, and […]