So I’ve seen that quite a few people have been having some problems with some of the puzzles throughout the game, so I’m going to try and compile a list of all the ones I can find and the solutions for them.

So this puzzle is all about giving each word in the respective sentences a symbolic letter. You find this hint from talking to the rat right outside the room.

This place has a few different “puzzles” inside of them, so I’ll just quickly list them all of and what the solutions are.

Closed Gate by Statue (Past the Undead)

You’ll need to flip the lever that is hidden in another room on the other side of the major room. 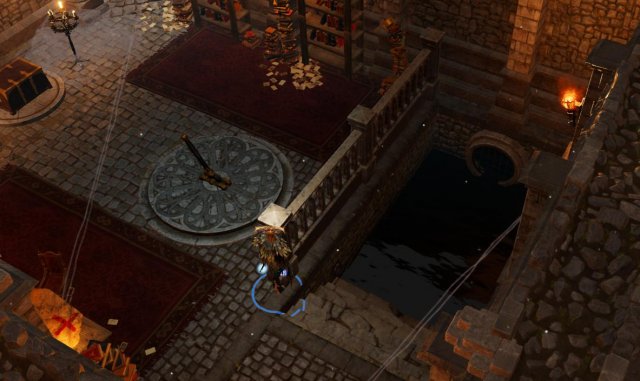 You can access this by clicking on the sewer-grate looking door (and the easiest way to get to it is just by using a jump skill instead of messing with the door and fireballs).

For the well, you just need to give it some water. The easiest way to do this is if you have the rain spell. Just cast it over the well and it will fill up. 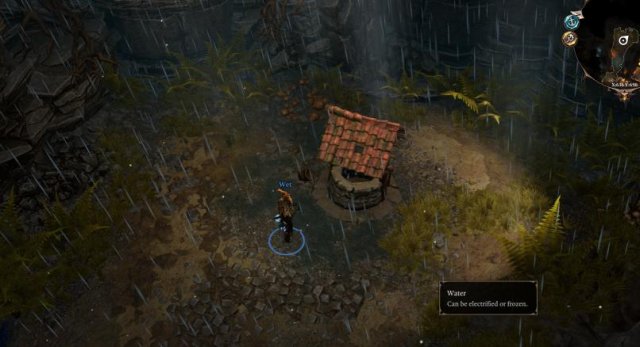 For this, you just need to have a Source point on you and infuse it into the ‘Mysterious Tech’ that’s right beside the barrier. 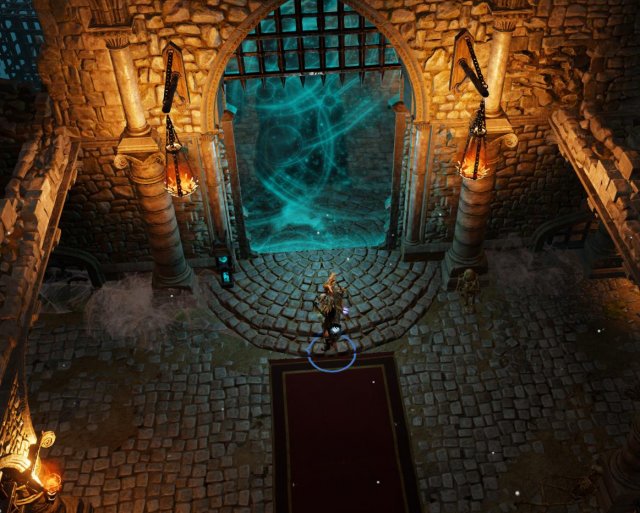 The Cursed Lever (Where you save Gareth)

All you need to do for this is bless the lever. As far as I know, there is not way to save the soldier. 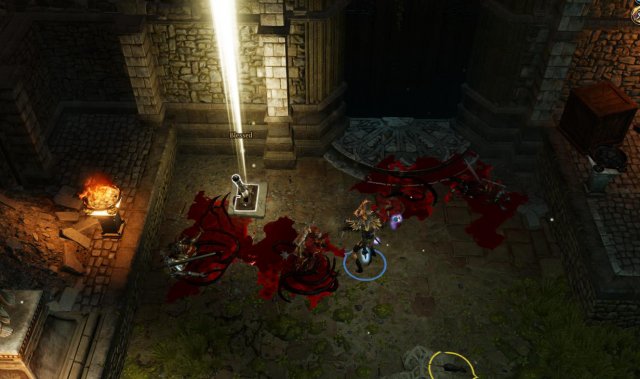 I decided to put this in a different category since it’s more of a transitionary point between Act 1 and Act 2. So, to get the ship running we need 3 components: the phrase book, the strange gem from Alexander, and the song book from Dallis’ room.

You can find this outside on the deck (I think that’s the right word?) of the ship. It’s on a body near the front of the ship. 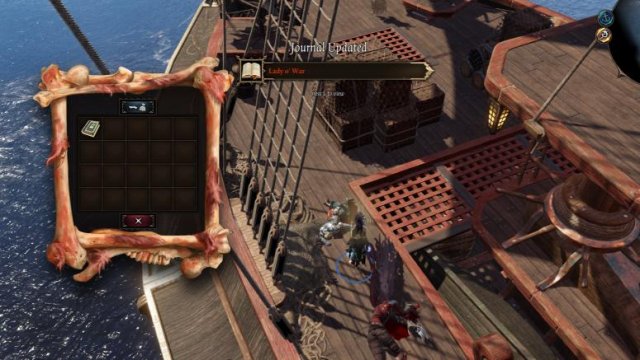 You can find this on Alexander by clicking on him and examining the body.

This can be found after you have the phrase and strange gem to open the door to Dallis’ room on the 2nd floor of the ship. 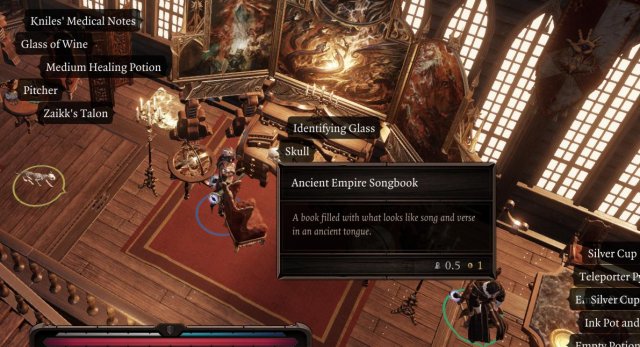 To loot the coffin, you just need to cast Armour of Frost on yourself and then loot up. To free Qanna and talk or kill her, cast the buff on her. 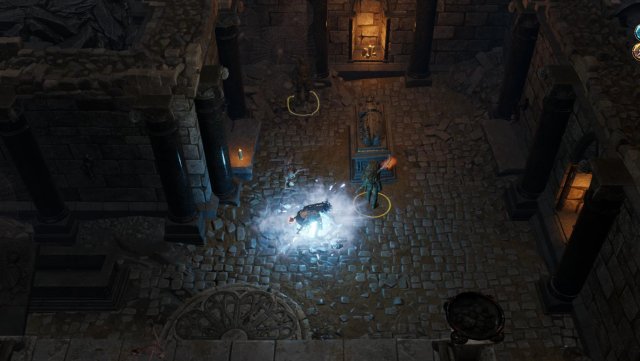 There are a few requirements for this one: you need to be a lizard and know the ancient language. I think you learn this from reading Hewbert’s Encyclopedia of Lizards or his encycolpedia of Salamanders. Once you know the language, go talk to the salamander in Ryker’s house (where you meet him originally). Once you learn the password, go back to the burning chest and cast rain on both sides of the flaming lizard heads. I think that’s enough, but if not try blessing the water. Then you should be able to talk to the chest without the flames being “in the way.” 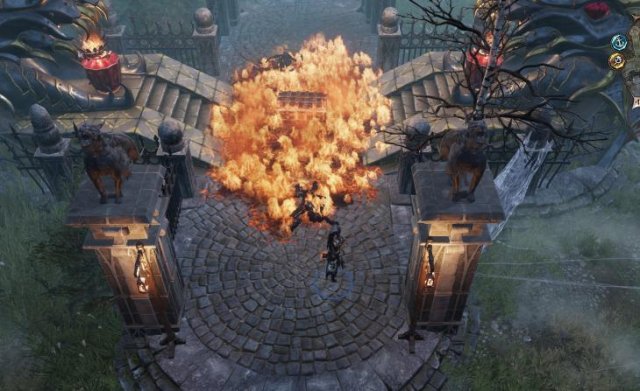 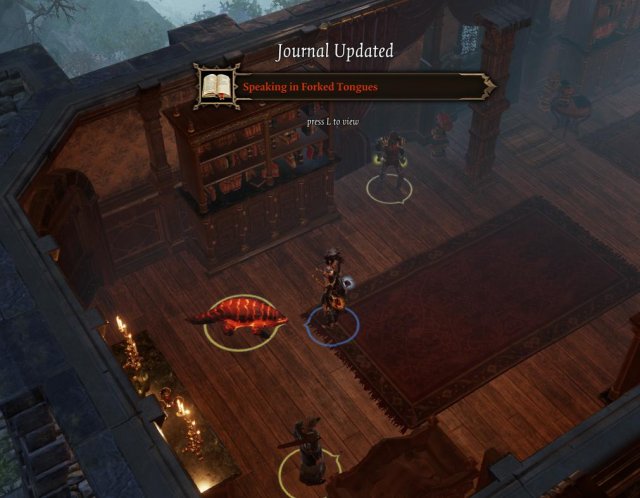 Environment I Could Talk to Chest In: 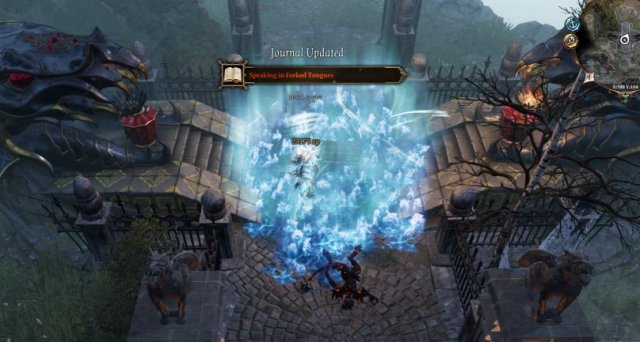 The first thing you need to do once in here is find the two buttons that allow you to open the wall to the actual coffin. 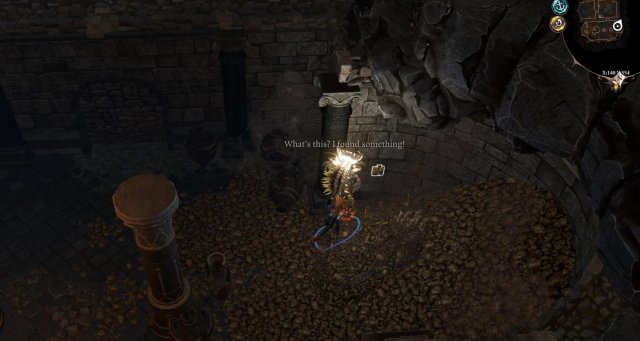 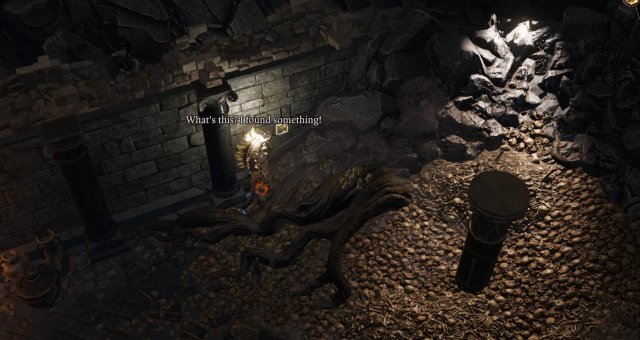 Once you do this, put a piece of gear (I used a pot in the picture but use a piece of gear instead, it won’t get hurt) on the huge button in the farthest room. After this, use Spirit Vision to allow yourself to see the levers on the wall. Once you can see them, the combination to reveal the hatch is the middle lever, then the left lever, then the right lever. 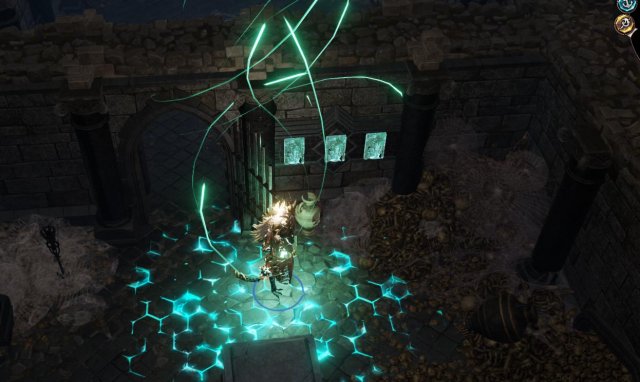 This one is pretty simple. The base line is that you need to use Spirit Vision to see the solution (that appears at the top of the block of squares). 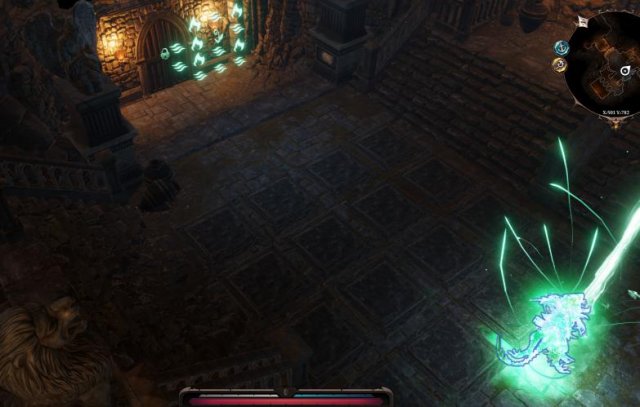 This one is pretty easy. You just need to light all of the braziers at the same time using Ignite or Fireball or something. 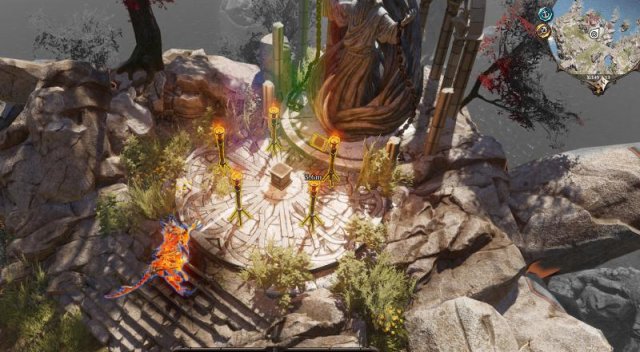 This one has a caveat to it that I’ll explain. Pretty much all of the information will be in the picture, but I encountered a bug in mine where the blood would not become blessed when travelling through the blessed fire. To solve this, if you have at least 2 of the teleportation pyramids, you can throw one outside of the blue barrier. Teleport to it and then use a jump ability to go down to the end of the blood tubing and manually bless it. This works even for lone wolf as there is only 1 component out of the 3 that is not blessed. 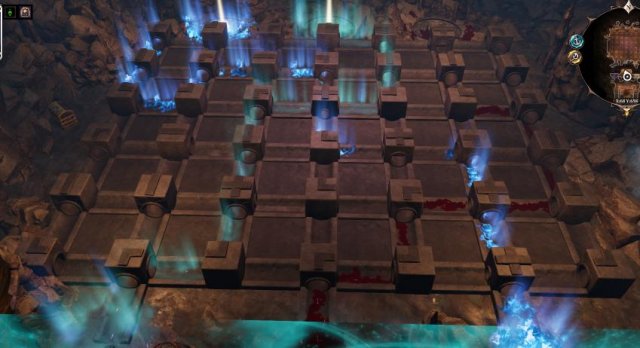 This spoilerfree guide features tipps and tricks from a very basic to an advanced level. The guide is seperated in several chapters to avoid spoilers and to enable you to […]

If you combine a skill book with another skill book then you get a brand new skill that requires both classes. This only appears to work with an elemental and […]