Because I was bored, so I ran around the desert making a list of all the different hallucinations I saw.

Locusts fall from the sky around you. 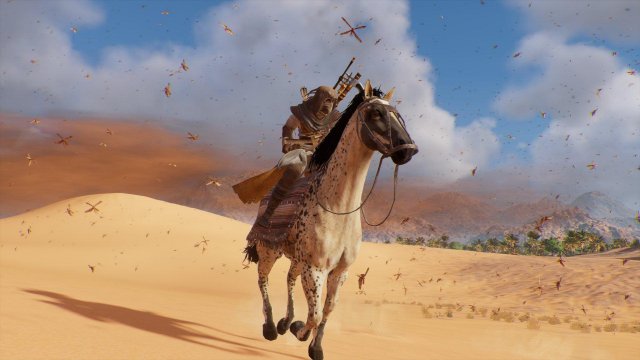 Much like the Locust rain, clouds will gather above you (dark grey ones here), and scarabs will rain from the sky. They’ll scurry along the ground for a while before disappearing. 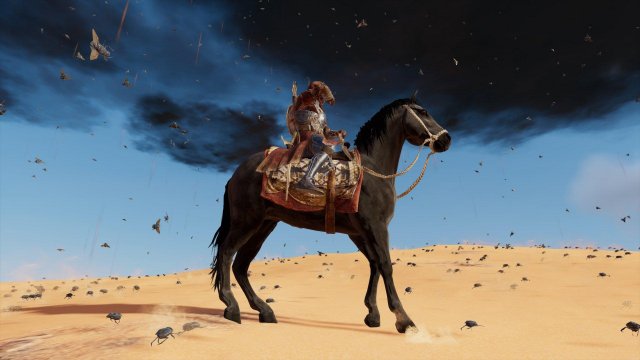 A fish falls from the sky and flops around for a while before vanishing. 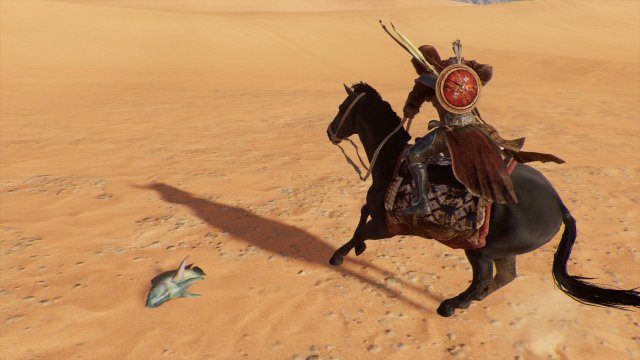 A single flower of various colors that will disappear when you get close. 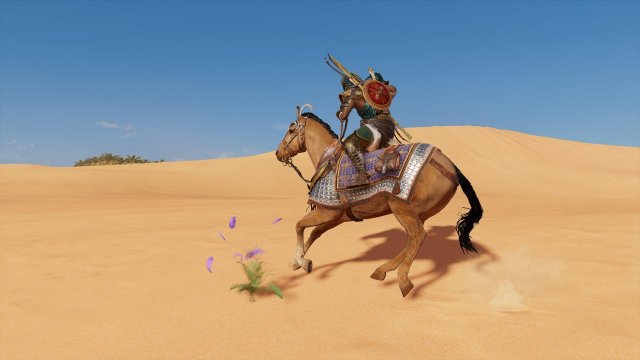 A shrub on fire. When the fire burns out, the bush is in full bloom. 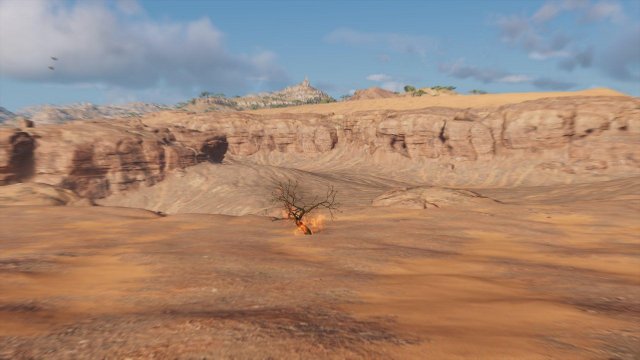 Your character’s dead body, with Senu perched on top of it. He will speak a line when he sees it. I have seen 2 positions for the body and heard 2 different lines so far. 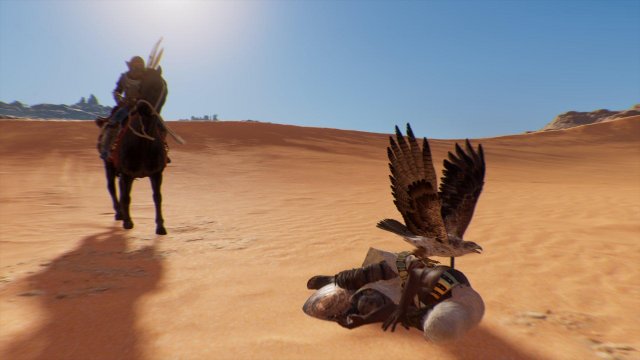 Lady in the Flowers

A woman is kneeling among flowers. 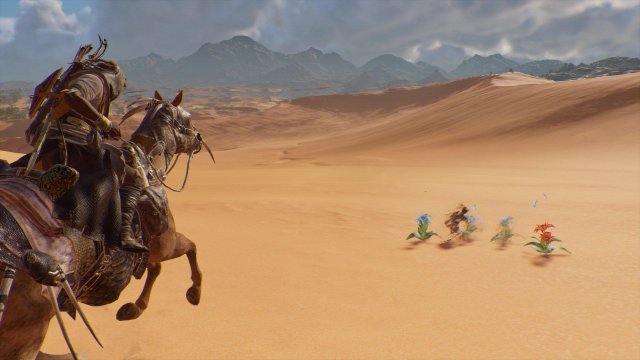 A man on a camel, who vanishes if you get close and reappears farther off.. If you follow him long enough he will disappear, and reappear sitting down with his camel nearby. Then they disappear for good. 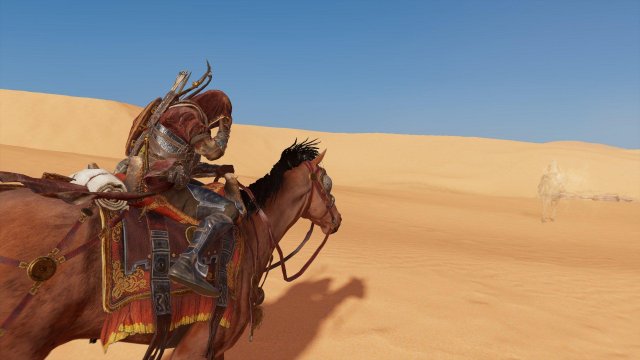 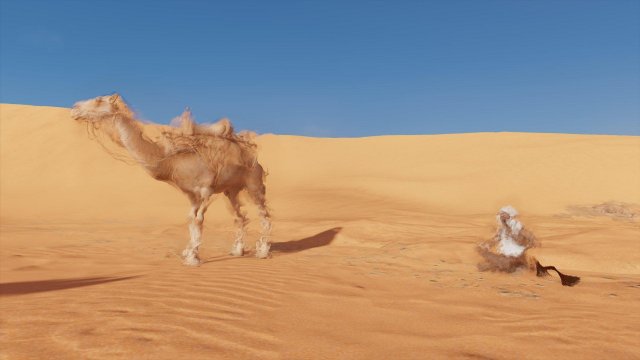 A white-robed woman riding a horse. If you follow her long enough, you will see her sitting on the ground with the horse nearby. 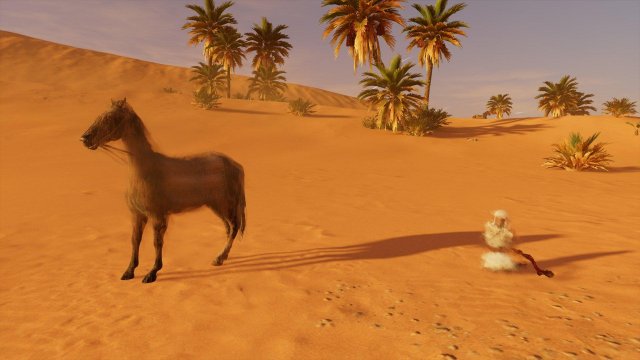 A woman standing, with her arm outstretched, pointing into the distance. If you get close she will vanish and appear farther away. If you follow her enough times, she’ll eventually wave at you and vanish for good. He has a different outfit than the woman, and his hand is outstretched with palm facing you and fingers spread. Man with a Staff

A man holding a staff, which turns into a snake as you approach. (picture is with staff mid-transformation into the snake) 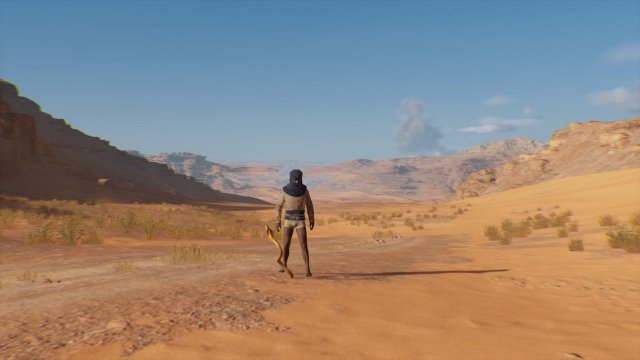 A blowing piece of fabric drifts around on the breeze, and eerie vocals will play. Colored orbs, like small suns, rise up in the sky. I saw them over the pyramids but i do not know if they only appear there. A large fire ball streaks through the sky. 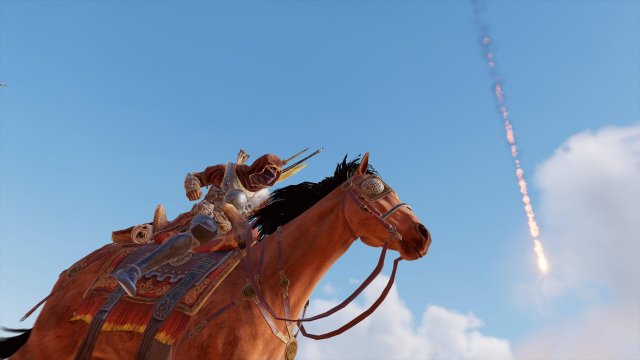 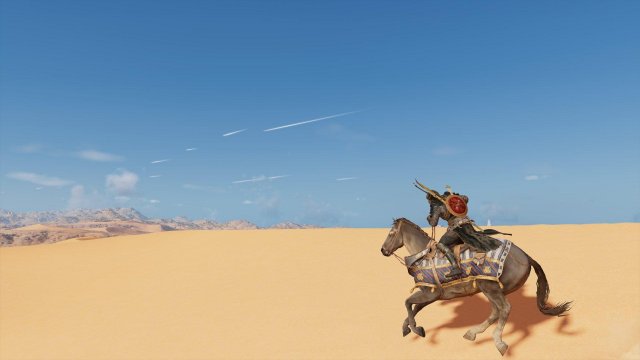 White glowing spots will appear around you, and move when you turn your camera. After a while they will fade. You will hear swords clanging and smashing together, and if you look around you should see a battlefield. 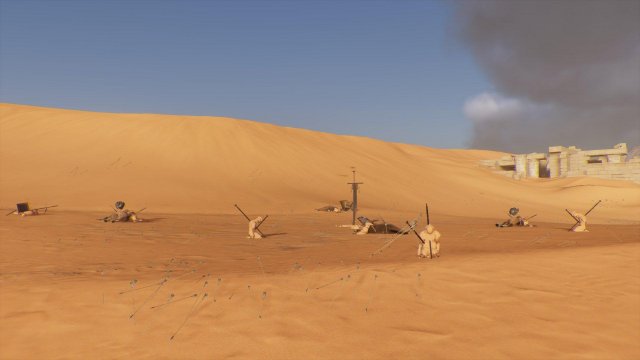 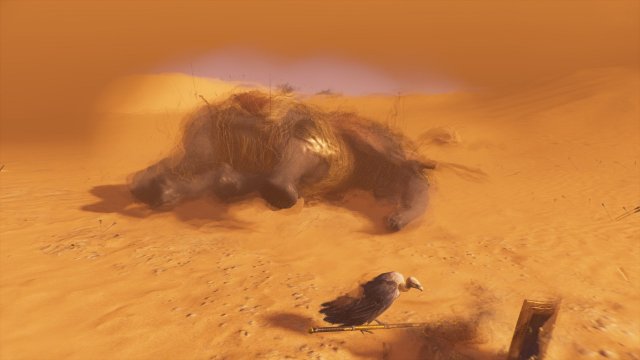 You will hear bird song and running water. If you get to a hill, you should see what looks like a pool of water with palm trees and a camel nearby. 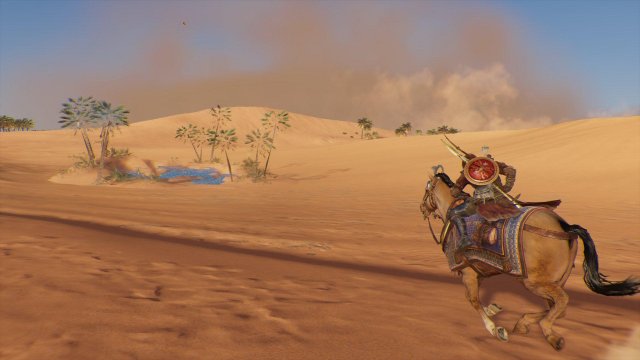 Bayek’s son Khemu draws Bayek (with Senu above his head) and Aya in the sand. 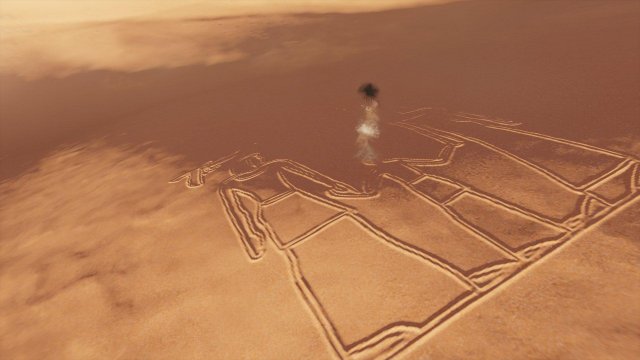 A hallucination of Bayek’s son Khemu, who makes a sand-drawing of people (Bayek and Aya?) fighting a giant serpent. Bayek’s son Khemu drawing in the sand of a giant serpent devouring a man, possibly Bayek A mummy wearing an Anubis mask does a sand-drawing of Bayek fighting a lizard, with the Apis bull and Senu above them. The mummy in an Anubis mask draws out Bayek battling the Ibis. Bayek’s son Khemu draws a picture of a man waving to a woman in a boat. (Bayek waving farewell to Aya?) One of your targets that you killed, not sure which one. He talks about how you shouldnt’ have trusted him and rides along with you for a while. In case you are wondering about the riddle in Layla’s cave when you are able to read it. This tells you of a location in the past. I will show […]

Stargazer Achievement Complete all 12 Stone Circles. The first one you should discover is in Siwa, and it will give you the quest for Bayek’s Promise. You’ll need to align […]

Are you struggling to get money in Assassin’s Creed Origins? Don’t worry got you covered. Other ACO Guides: How to Solve the Riddle in Layla’s Cave. Comprehensive List of Hallucinations. […]