A complete guide for the Gwent Card Collector Achievement!

This guide contains a complete walkthrough of how to obtain every card required for the Card Collector achievement in The Witcher 3: Wild Hunt game. All these cards will have to be obtained via one playthrough to unlock the achievement. The design of this guide allows for the user to follow from top to bottom without worrying about missing a card. The game provides multiple cards of the same variant however the player is only required to have at least one of each. I shall provide card factions and I have also noted down which ones are missable in the details and which ones are not. Images have also been uploaded for each location. Also, please consider that this guide assumes you have the latest version/patch of the game istalled. This guide do not at the moment include the Hearts of Stone & Blood and Wine DLC. 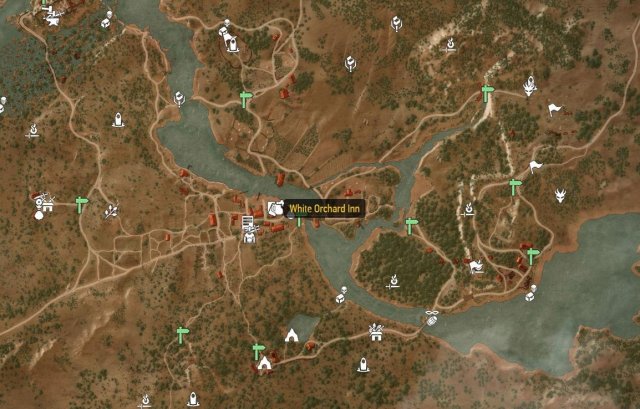 Innkeeper Esla
Purchase from Innkeeper Elsa before completion of Lilacs and Goosberries. If not then the cards can be purchased from the merchant Bram you rescued earlier from the Griffin.

Scholar
Play him to begin the Gwent tutorial as this will be your first game. If you fail to win or do not play against this NPC then his card card can be found by the Hanged Mans Tree right next to a campfire which is the first place you access when you reach the next map.

Nilfgaardian Nobleman
This NPC will be sat on a bench in a garden just outside Yennefers room. Play him for a unique card. 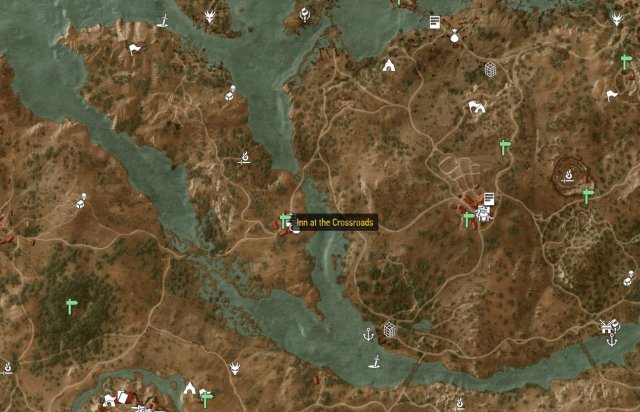 Inn at the Crossroads

The Innkeeper
Play this Inkeeper as part of the quest Gwent: Playing Inkeepers. You must first beat Stjepan at The Alchemy Inn in Oxenfurt. Purchase the selling cards first and then come back to this NPC when you have the quest. 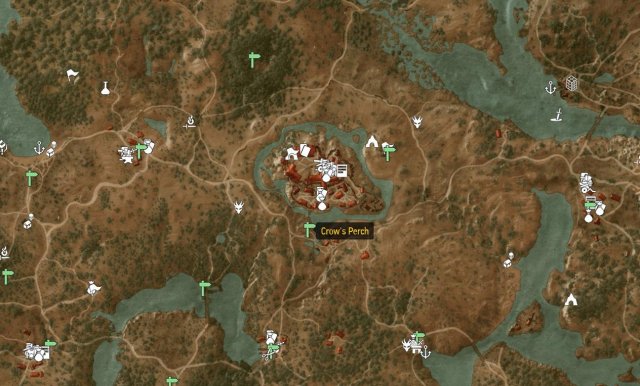 The Bloody Baron
Follow the quests up to Family Matters and continue to investigate the rooms. Once done investigating the rooms this NPC will be available to play for a unique card. Delving further into the quest will make him unavailable. If you missed your chance then you can actually take his card from his desk which he generally stands by. Upon winning the match he will activate the quest Gwent: Velen Players.

Merchant
Located within the same walls. Purchase these cards.

Quatermaster
Purchase these cards too. 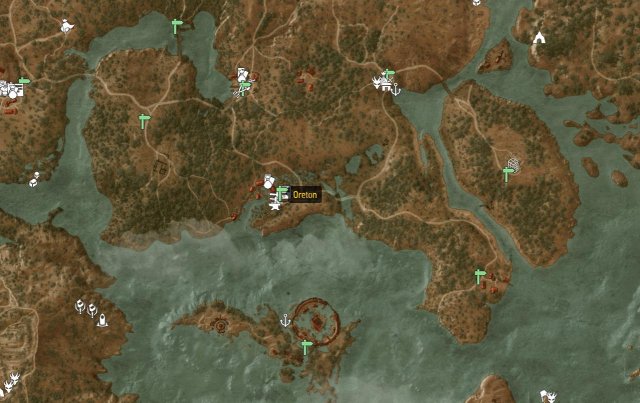 Boatbuilder
Play him as one of the NPC’s for the quest Gwent: Velen Players. 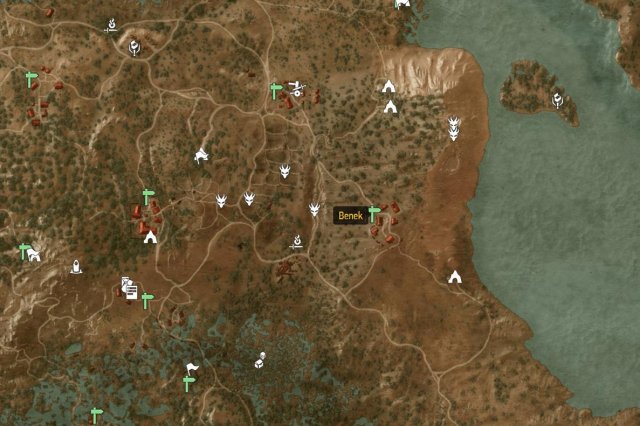 Soothsayer
Play him as one of the NPC’s for the quest Gwent: Velen Players. 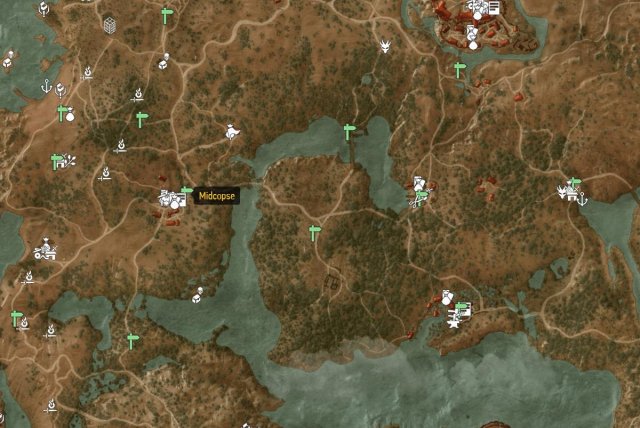 Haddy of Midcopse
Play him as part of the quest Gwent: Velen Players.

Merchant
To access this merchant you must clear out the pirates at the “Coast of Wrecks” waypoint and release him. There has been uncommon reports of this NPC not appearing in Midcopse after the rescue due to a bug. Save before the attack and meditate for a whole day. Meditating should fix the issue. Merchant
This merchant also needs to be rescued from a “Bandits Camp” waypoint directly south east of Claywhich. His rescue is labelled as Persons in Distress. There is a very common bug involving the key to release him does not drop from the bandit leader. I recommend saving before the game has located the Person in Distress camp as even upon reload the glitch can persist otherwise. Upon release meditate for a whole day. The issue should be resolved or even avoidable. Once he appears in Claywich go and purchase these cards from him. Merchant
Purchase the following cards from him. Innkeeper Stjepan
Purchase the following cards and then play him as part of the Gwent: Playing Inkeepers quest. 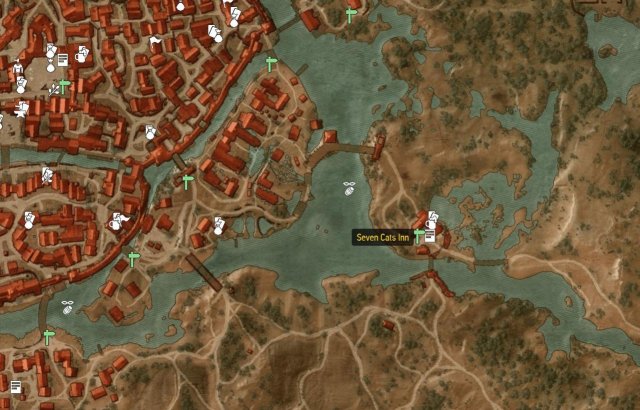 Cunny of the Goose

Merchant
Purchase the following cards from this one. Innkeeper Oliver
First purchase the following cards from him and play a match as part of the quest Gwent: Playing Innkeeps. Oliver may become unavalible after the quest Now or Never but his card can still be obtained from the hidden room leading to the cellar to the left of where Priscilla performed her song. 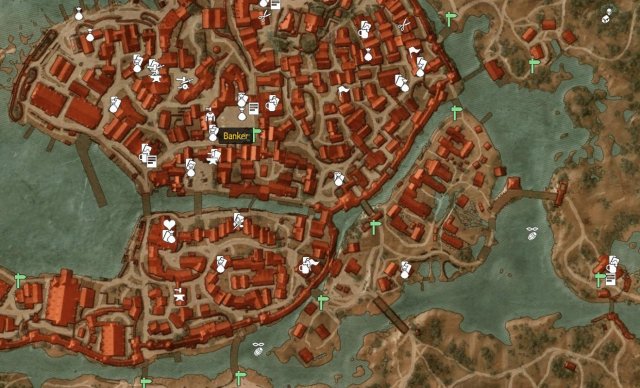 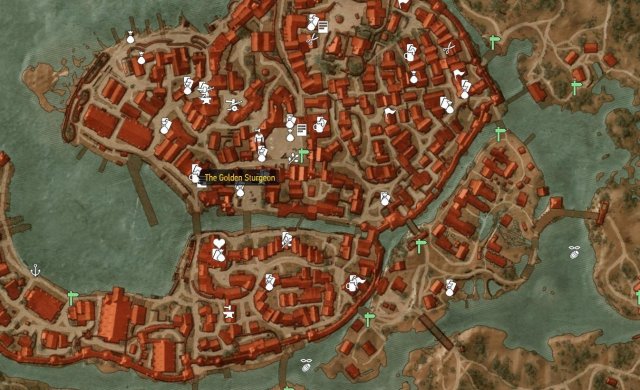 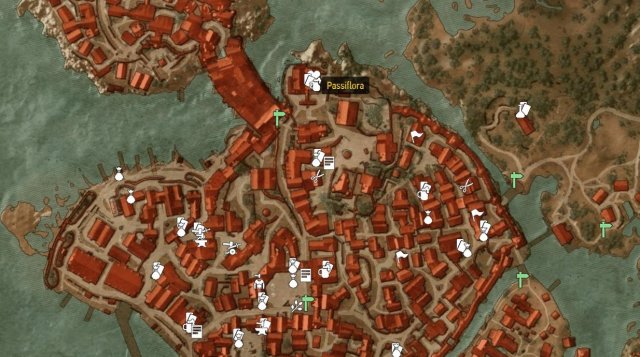 Innkeeper Marquise Serenity
Purchase these following cards first and then play her a match for the quest Gwent: Big City Players. 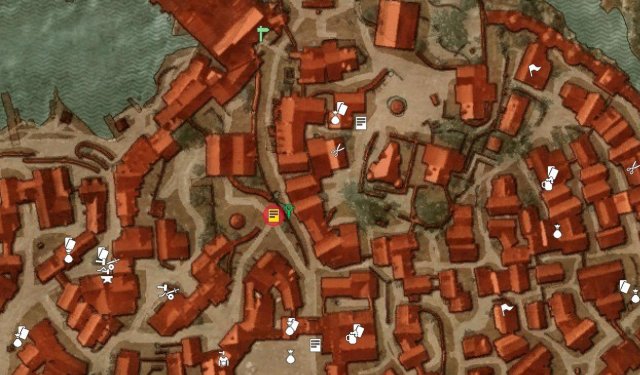 Sigimund Dijkstra
Play this one for a Unique Card. He can be found in his office anytime after you have met him inside his bathhouse. He is part of the Gwent: Big City Players quest. Scoia’tael Merchant
Play him as part of the Gwent: Big City Players quest. You must have won againts Sigimund Dijkstra to play a match againts this NPC. Party Guests
These cards must be obtains during the quest A Matter of Life and Death or you will miss them. Once upon entering the party take a right and approach the guests at the table. A yellow marker on the minimap will be visible. Make a save an play Gwent againts them. Win againts each person to win the three following cards. 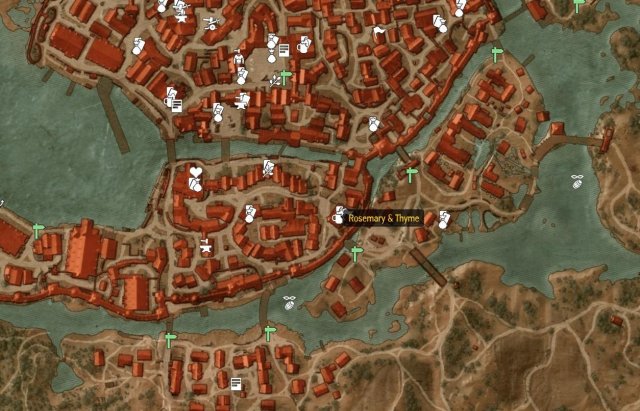 Zoltan Chivay
This NPC will activate the quest Gwent: Old Pals. Meet him at this location and play Gwent. Then go and complete the main quest A Poet Under Pressure and return. Zoltan will ask for your help with getting three Gwent cards in the quest A Dangerous Game. Complete the quest and at the end he will offer you crowns or the three cards. Turn down the crowns and take the three cards or they will become missable. Thaler
Complete the secondary quests Redanias Most Wanted / An Eye for An Eye / Now or Never. Upon completion you should be given the quets A Deadly Plot. This will be the one where you meet Thaler. When you have ended the quest play him for the following.

Lambart
Part of the quest Gwent: Old Pals. To reach Lambert you will have to obtain the secondary quest Following the Thread found on a billboard in Novigrad. This quest reaches into Skellege Isles so you may have to resume this one later. Once you reach Hammond loot him for a Nekker card and make your way to the Nowhere Inn but be sure to save your game before you enter. Conclude your quest with Lambert and then quickly catch up and activate dialogue as he walks away. Now play Gwent and win the following. Now its time for the High Stakes quest. So you should by now have enough power in your decks to be accepted into the tournament. Make sure you save before each round, becuase if you fail one then all the other cards become missable. The entry free is one thousand crowns. The cards you win upon success are listed below. After this you can ride to Skellige! 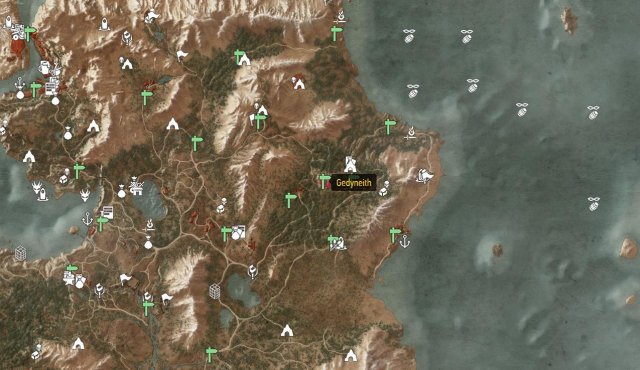 Ermion
Once you reach Skellige go and complete the main quest Echoes of the Past. You can then find him available here as part of the quest Gwent: Skellige Style.

Gremist
Talk to him to obtain the quest Practicum in Advanced Alchemy. Complete this and then play him as part of the quest Gwent: Skellige Style for a unique card.

Druid
Located around the same area is a druid. Talk to him to receive the quest Shock Therapy. Make sure to accept this quest as once declined the rewarded card becomes unavailable. Madman Lugos
Challenge this one as part of the quest Gwent: Skellige Style. Crach an Craite
Play this NPC as part of the Gwent: Skellige Style quest.

Sjusta
Challenge him as part of the quest Gwent: Skellige Style. 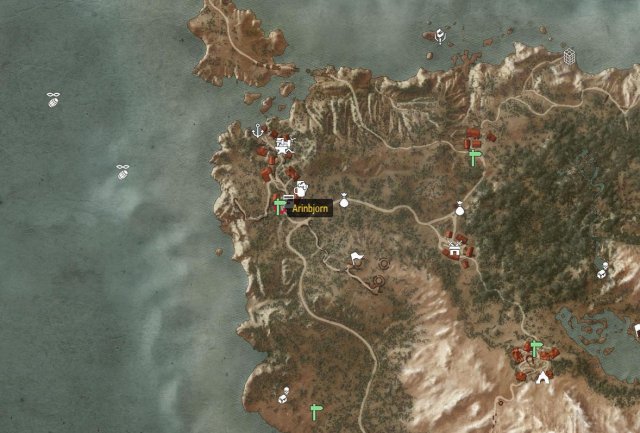 Innkeeper
There has been some reports of this merchant being unavailable after the contract received from the guy that sits on a desk near him has been completed. Purchase these cards beforehand to avoid any unfortunate possibilities. Innkeeper
Purchase the following cards from this dude. Inkeeper
Buy the cards listed below and now your almost there! 😀

Take a look at your Miraculous Guide to Gwent to make sure you haven’t missed anything. There should be no label for Velen/Novigrad/Skellige. If you do have one of these labels then you have missed something. If it only has a label for random cars, then you have successfully collected all unique and missable cards. Ok so now you have all the required unique cards. The rest are simple. Just find random merchants around the map and play them for random cards. These shall be the last cards remaining. Once you have collected all 47 random cards then you shall unlock the Gwent: Card Collector Trophy!