The guide looking at your recruitable units as you progress through the game.

Your starting pool of troops. Limited in how far they can progress they are your core troop to begin with. New recruitment costs being added due to new patch. Starting with: 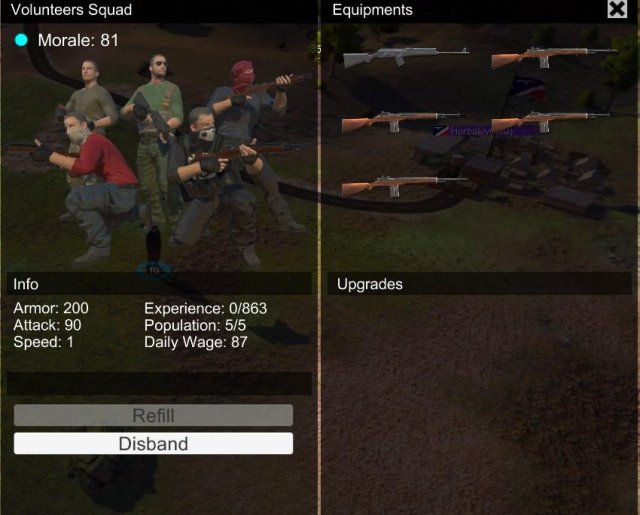 Basic troop, low armour and fire rate. This is the cheapest unit to recruit and maintain. You start with one of these units with a new campaign. Suprising level of armour compared to their upgrades. All equiped with semi auto rifles. 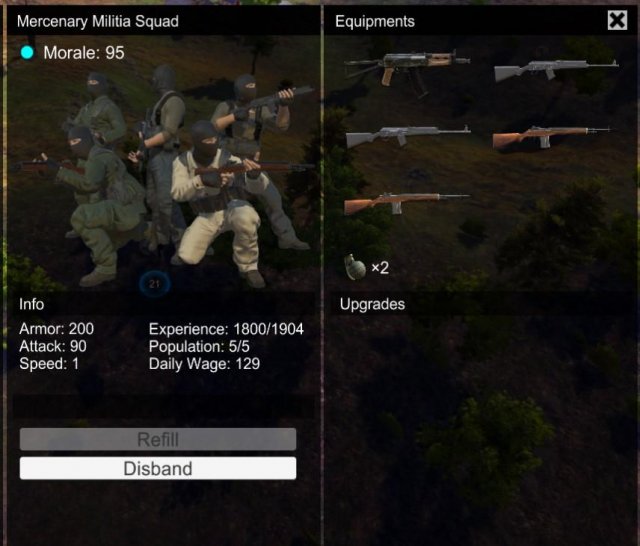 Upgrades from your volunteer, sporting an extra automatic rifle. 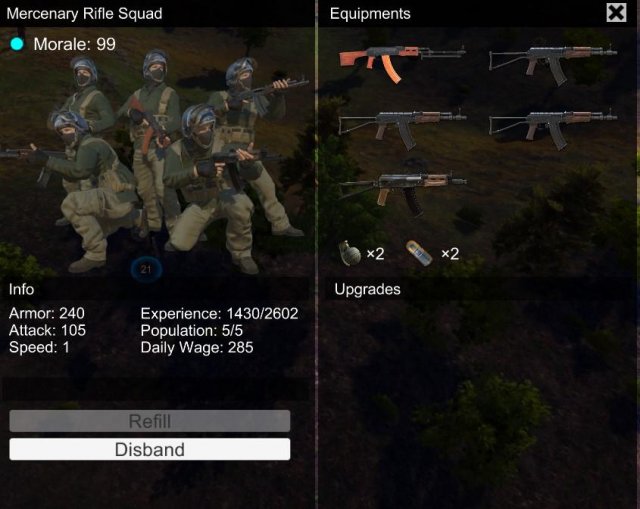 The last development of the unit before they are divided out into specialisms. Good armour, low damage. 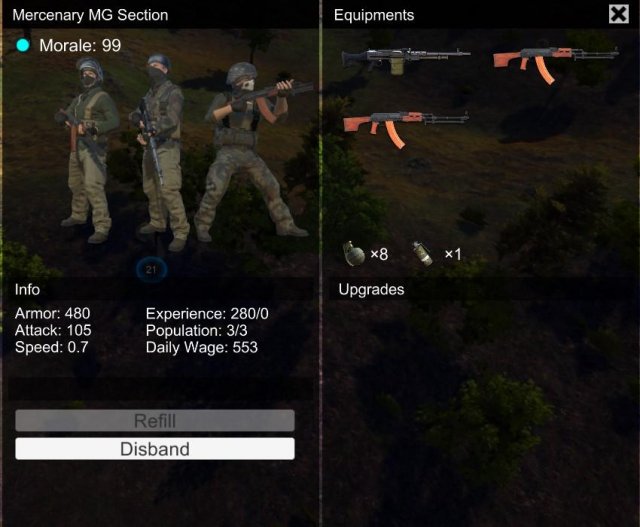 Reduced to a 3 man squad these guys are the ones you’ll hear first. Sporting RPKs they are your supressive line. Not much of a damage increase. Heavy armour. This is the top tier for mercenaries at this time. 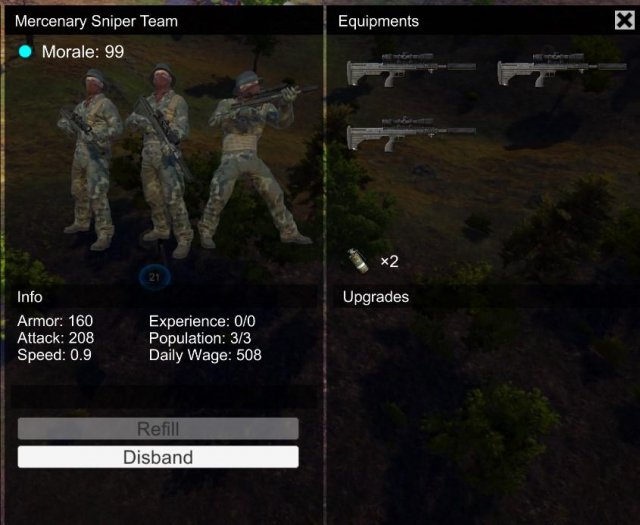 Sporting silenced sniper rifles in a reduced three man squad. High power, moderate armour. This is the top tier for mercenaries at this time. 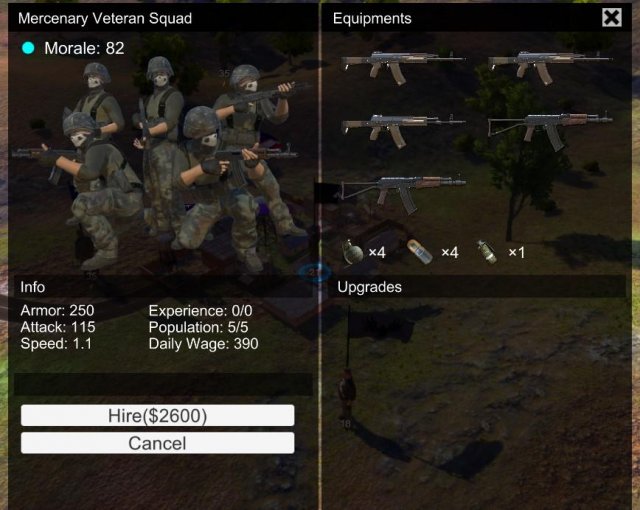 Slightly faster and containing 5 men unlike the other upgrade options. Armed with underslung grenades and a slight damage and armour upgrade over rifleman. This is the top tier for mercenaries at this time.

Part of the Freedom Cossacks Army who specialise in fast infantry / Grenadiers. 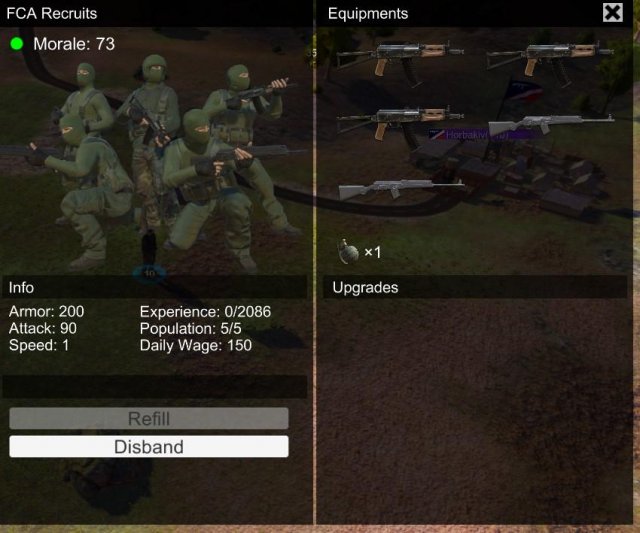 You get a unit when you start a new campaign. Similar set up to you volunteers just a few more automatic rifles. 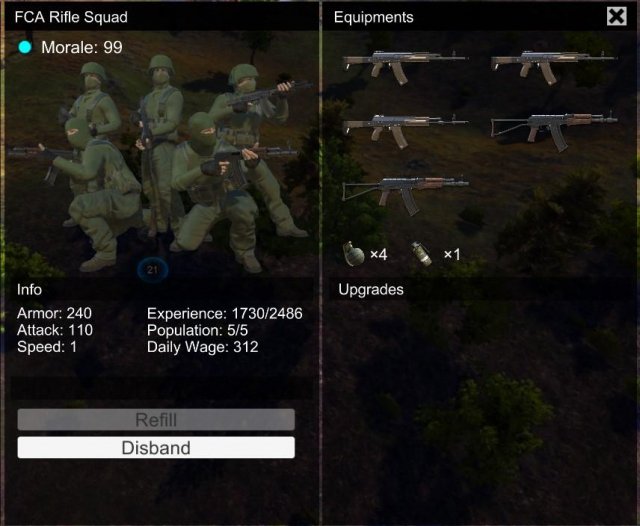 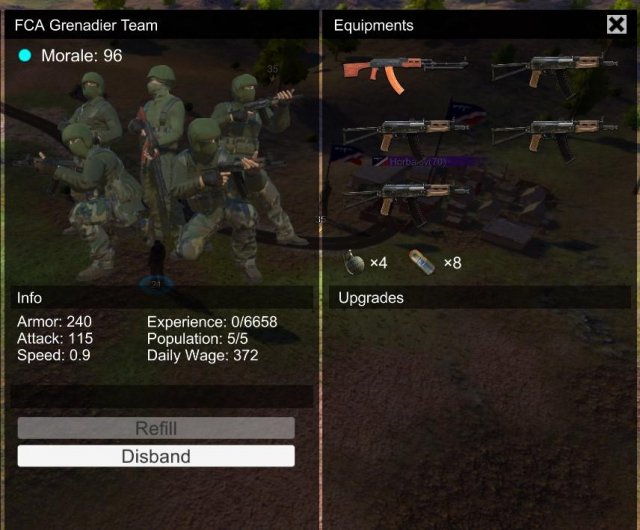 Big increase in projectile grenades at the cost of a small bit of speed. Still relatively cheap. 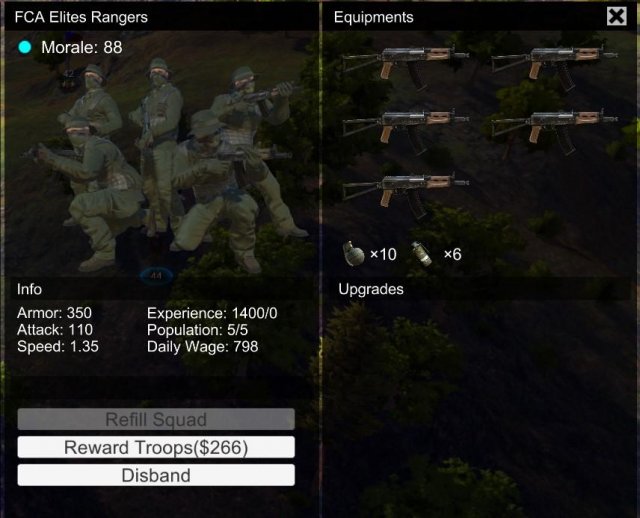 More armoured than the mercenary equivalent, these are your elite infantry type that the Free Cossack Army are known for. They cost a great deal more in wages but are more resilient in combat. Most likely these will be filling up your ranks between your specialist i.e. snipers/mg teams.

A comprehensive guide to strategy in Freeman: Guerilla Warfare. Note that this guide assumes you wish to specialize in Rifle, and ignores combat vehicles due to their low cost effectiveness […]

This will showcase each special animal soldier that you can get from the different ends of the map while explaining the strengths, weaknesses and suggestions to make them better. These […]