How to Keep Your Carnivores Happy! Reduce Your Jailbreaks by up to 99%!

Everything you need to know about why your dinosaurs are breaking out of their pens!

Chances are, if you’ve played this game for more than 10 minutes, you already know the basics of comfort, but I’ll go over it in case there’s something you may have missed. You’re free to skip this section if you want. 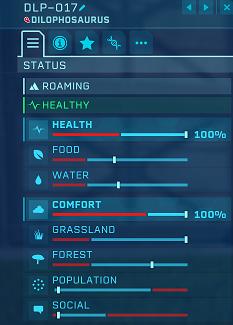 Here’s an example, a happy little Dilo.
Here’s a breakdown of each stat which influences Comfort:

Grassland & Forest: These aren’t ratios. They’re flat amounts of each of these types of land your Dino needs. Here’s an example: 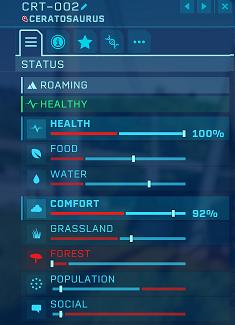 This Ceratosaurus doesn’t have enough Forest, but if I start adding trees to its pen… 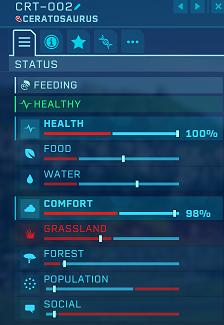 Then there isn’t enough Grassland!

This means that the pen just isn’t big enough. So, if you find this to be your issue, then you have to make your pen bigger.

These usually only come into play when you’re dealing with herbivores. So let’s deal with some! 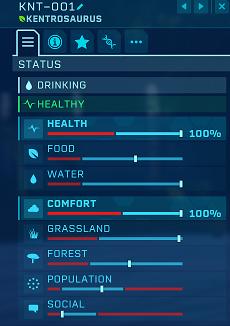 Now, I’m going to add some other Dinos into the pen, and we’ll see what happens… 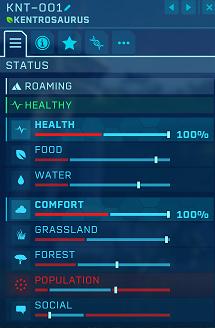 Now its Population stat is too high!

Food and Water don’t play into Comfort. Instead, they directly affect Health.

Maintaining your Dinos’ comfort meters is essential for ensuring it doesn’t break out!

Other Things to Look Out For

So your Dinos’ comfort levels are perfect, and they are 100% comfortable.. But they’re still breaking out! Why do they want to break out for no reason?!

I am testing how far away the path needs to be, but evidently… 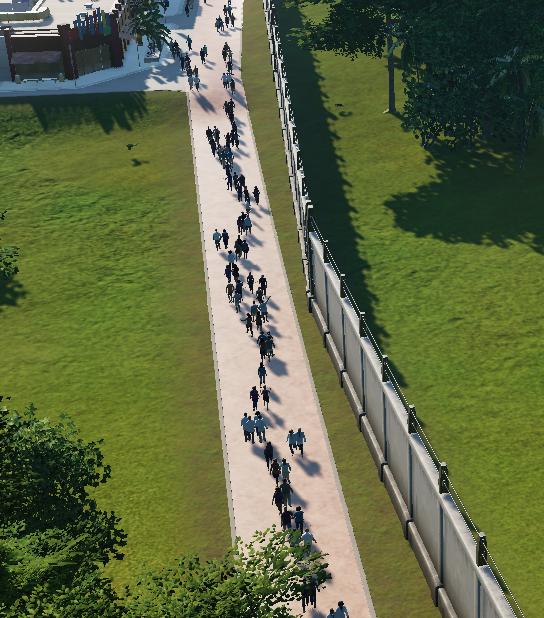 This is too close.
Give your Dinos space.

Oh, and About Fences…

They don’t do squat. A Dilo will still bust out of an Electrified Concrete fence if it wants out. I’ve also had my game open and running for hours (only acting to replenish feeders), and my IndoRex hasn’t even attempted to break down my Light Steel fence. The only thing a fence seems to do is take more hits to break.

If you know what you’re doing, fences aren’t an issue.

Jurassic World Evolution – How to Keep Raptors Where You Put Them

Other JWE Guides: Surviving the First Island. Dinosaur Requirements. How to Unlock Jeep Skins. How to Get the Cash for New Islands (Easy Way). All Ingen Database Entries (I Read […]

This guide will provide information for how to unlock certain jeep skins, for people who are interested. Other JWE Guides: Surviving the First Island. Dinosaur Requirements. How to Get the […]

Jurassic World Evolution – How to Keep All Your Dinosaurs Happy

In this guide i’ll show you how to keep your park peacefully. Guide to Keep All Dinosaurs Happy Comfort Levels Health / Food / Water Health: depends on the food, […]