This guide is a hints and tips guide for newbies starting out in Clicker Heros 2.

Hello and welcome to my newbies guide for Clicker Heros 2. After the success with the original it is awesome to see a sequel has now been released but it is quite different from the original. Struggling to work out whats what? Well hopefully this guide is for you! 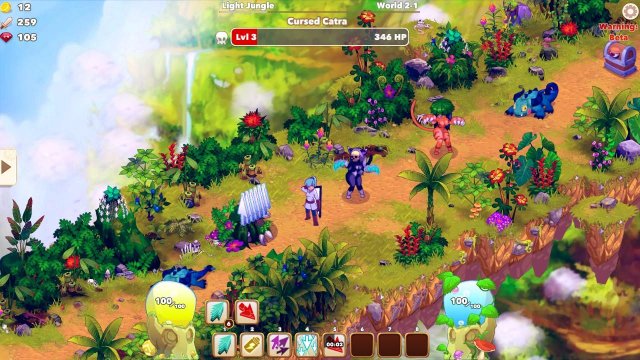 So you have just launched the game for the first time. You are eager to explore the new realms and worlds with excessive numbers to come. Although the start is extremely self explanatory, here is a run down of some of the basics and what they do: 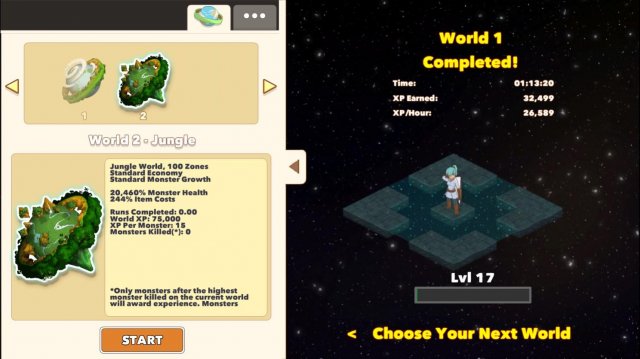 So the world itself is one of the focuses of the game and follows a strict layout. To some players this may seem confusing to begin with, so here is a break down of how each of the worlds works and what to expect in them: 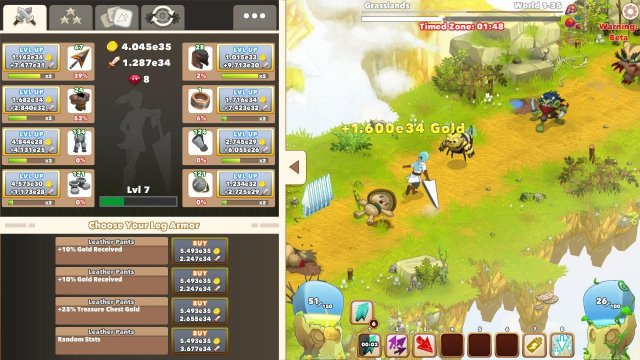 Selecting your equipment for is quite simple, however the long term affects of your decision should be considered before making your choices. Each time you select the same piece of equipment, you will be choosing to either random role all the stats, which I strongly urge you to preview before selecting, or to add a stat to your current weapon. Occasionally the damage output of the item can change with each option as well so remember to consider this. When it comes to equipment there are many different builds and varieties in choice you can choose, but a general rule of thumb is pick either clickable bonuses or passive bonuses and stick with them for maximum effect.

In Regards to the Random Stat Rolling:

The leveling system in the game is far more advanced than the previous one, with many options, routes and paths for you to select. This is the hardest part of the game to make suggestions on and your choices should just follow your desired build type you selected with the equipment, as either passive or clickable. Some skills will add more click based action where as automater boosts will help the afk side of the game. For more information on the Automater see the next section. 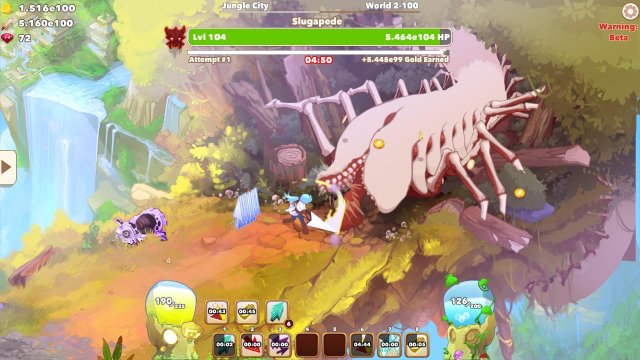 The Automater is the afk machine of the game and used for those who want a more passive experience. The machine is split into three sections which are explained below:

Once set up, make sure the button is green and providing you have the energy the afk machine will make the magic happen. You can turn it off at any time with the on off switch at the top of the page.

ContentsGenerallyRule #1Rule #2Rule #3HintsExample for an AFK-Automation Build Generally Automator works like a priolist. 1st come, 1st gets. You have to follow some rules. Do not follow em and you […]

This guide will cover all your wizards needs. ContentsGuide to WizardIntroductionLevel GraphRunecorderElementsSynergy Guide to Wizard Introduction I’m currently rushing through star system 14 as I’m writing this and thought I […]