An achievements guide to Hero of the Kingdom III.

These are unmissable ones as long as you are trying to finish the game.

As you progress thru the game you will reach the second area of the game called Yellow Valley. The achievement should pop when you reach it.

Save the mayor of the Yellow Valley.

As the title suggests the mayor of Yellow Valley is in danger. Help and save him from the zombies and you will get the achievement. 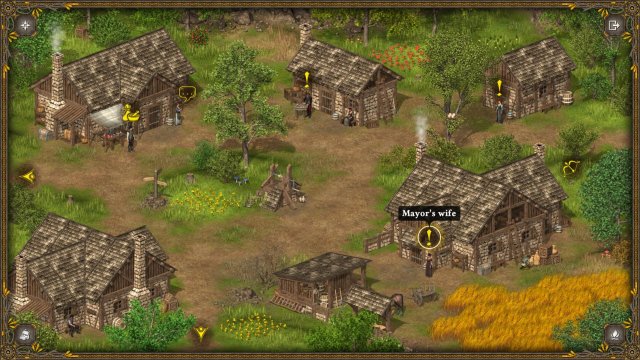 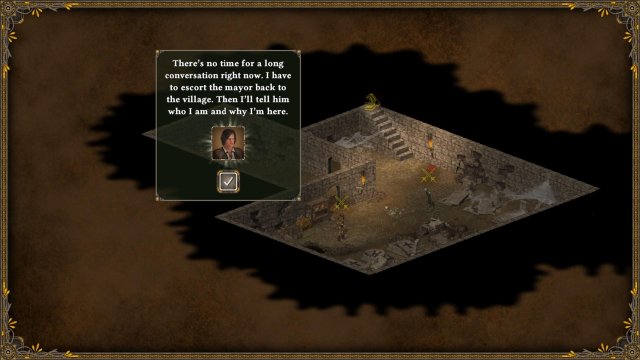 As you fight your way thru a cave of monsters and orcs you will reach the mine (Gray Valley) when you get out of the cave. The achievement should pop when you reach it.

As you fight your way thru the catacombs full of monsters you will eventually reach Azure Valley. The achievement should pop when you reach it.

I just added this one here since you will be forced to get at least 100 fame in order to speak to the king later on in the story.

After you defeat the 3 cursed demons Earthquaker will lose all power and protection and the achievement should pop.

Here are the 3 locations for the demons. It’s easy to find though since a demon will appear at the entrance whenever you find one. 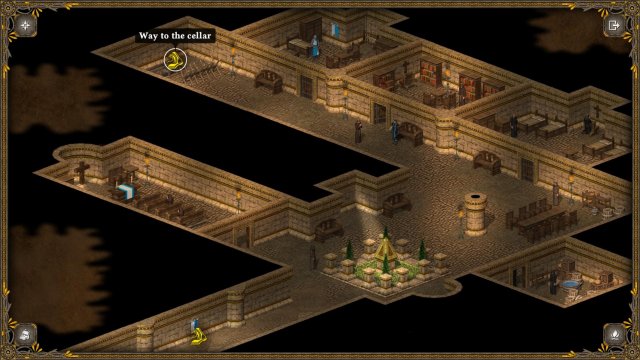 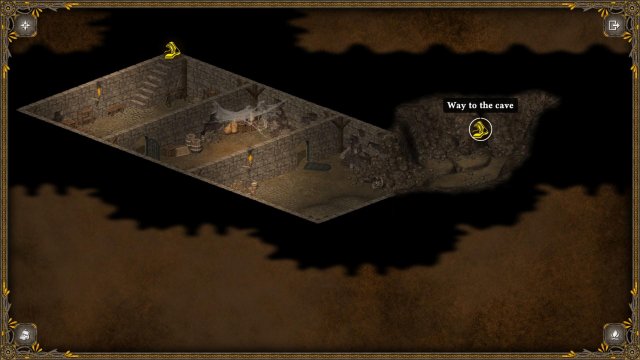 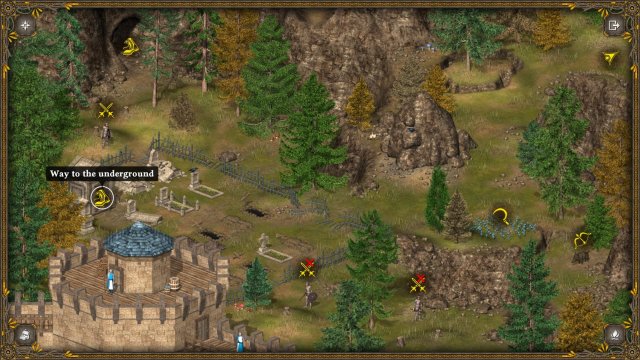 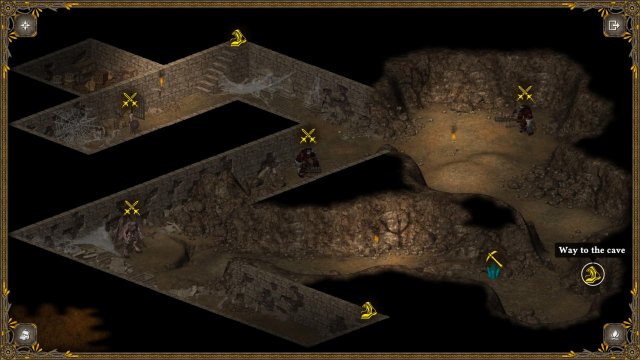 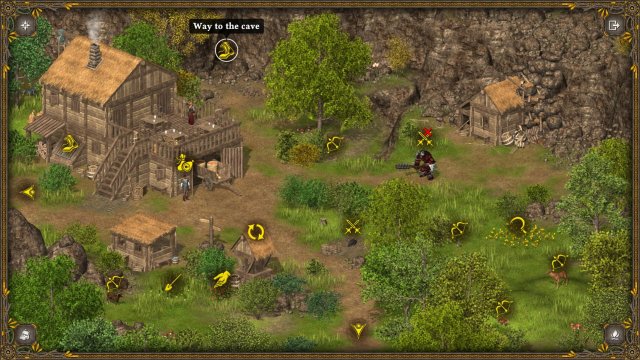 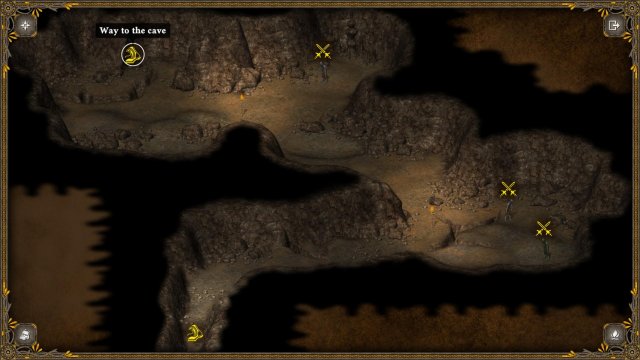 All achievements related to the skills you learn you’ll find here.

The first skill you learn in the game, in Green Valley a girl named Giselle will teach you how to cook. Shortly after learning the cooking skill you can pay a guy for a boat and you can access an island from the same area. Here you’ll meet Master fisherman and he’ll teach you the fishing skill for a little price. 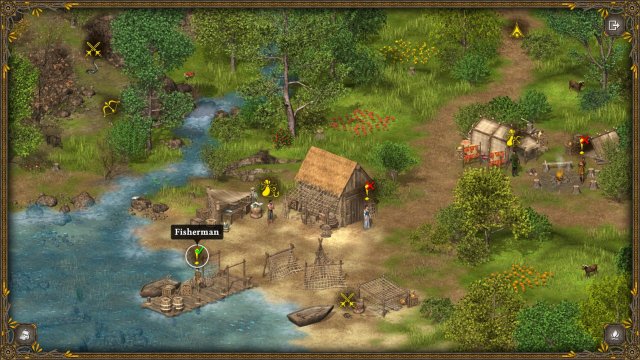 When you reach Yellow Valley you will meet a girl named Matilda. In order to unlock the herbalism skill you need to do one quest for her which essentially is to kill like 2 zombies to regain a bracelet for her. After that she will teach you herbalism. 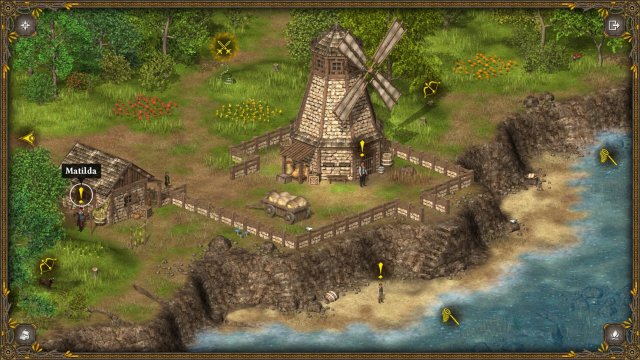 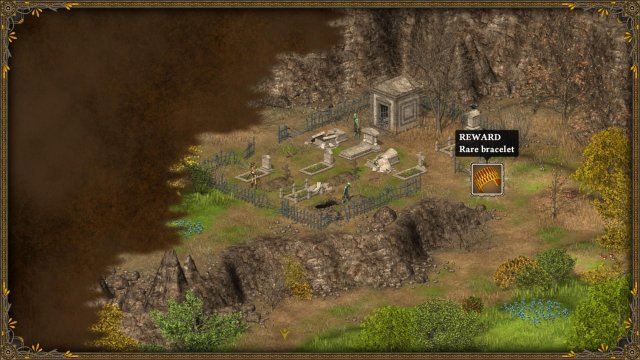 In Yellow Valley an alchemist named Gavin is willing to teach you the alchemy skill if you bring him some ingredients. 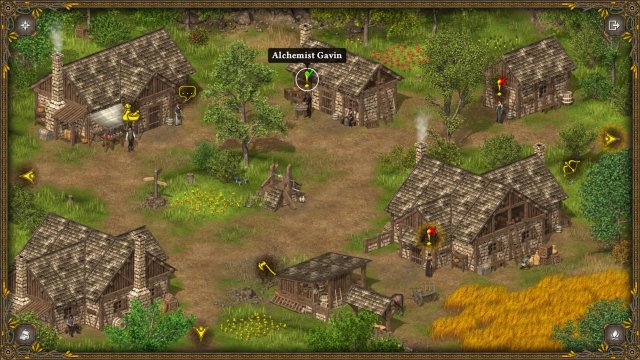 In the caves and tunnels between Yellow Valley and Gray Valley a man named Brom is captured in a cage. Free him and he will teach you the lockpicking skill. 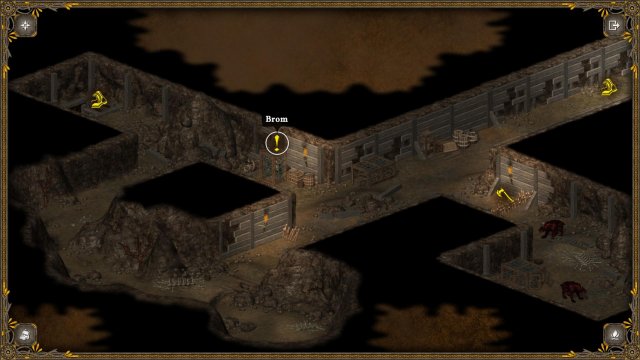 Right when you get to Gray Valley and enter the mine a man named Foreman will teach you the mining skill. A smith is willing to teach you the smithing skill when you get to Gray Valley after talking to the mayor. Hunt animals over and over until you reach level 100. Hunting animals who requires a higher hunting level has a higher chance of leveling you up.

Fish over and over until you reach level 100. Doing more advanced fishing has a higher chance of leveling you up.

Get the herbalism skill to 100.

Collect berries and flowers over and over until you reach level 100. Collecting things that requires high herbalism level has a higher chance of leveling you up.

Brew potions over and over until you reach level 100. Brewing potions that requires a high alchemy level has a higher chance of leveling you up.

Cook food over and over until you reach level 100. Cooking food that requires a high cooking level has a higher chance of leveling you up.

Fight monsters over and over until you reach level 100. Fighting monsters who requires a high combat level has a higher chance of leveling you up.

Get the lockpicking skill to 100.

Lockpick over and over until you reach level 100. Lockpicking objects that requires a high lockpicking level has a higher chance of leveling you up.

Mine over and over until you reach level 100. Mining ores that requires a high mining level has a higher chance of leveling you up.

Get the smithing skill to 100.

Craft weapons over and over until you reach level 100. Crafting weapons that requires a high smithing level has a higher chance of leveling you up.

Some may be related to skills but I decided to just put them in their own category here. Any achievement here is about looting, collecting and creating.

Collect 800 mushrooms of all sorts as you play and explore the world.

Collect 400 eggs all around the world.

Simply collect 24 pearls. They may be hard to see but just look carefully around in the waters.

You will see crates and barrels scattered all over the world as you play. Often located in pretty abandoned and isolated areas. Simply collect 120 of them.

A little later a man standing on a bridge will tell you about a hidden treasure in a cave. You need a shovel for this one. Dig a few times in the cave until you reach the final one which is where the treasure is. 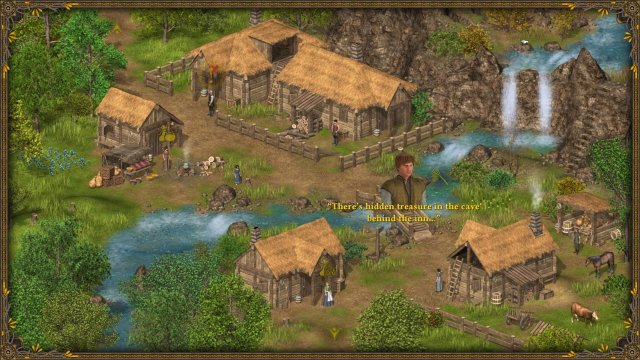 These 2 are all about having a lot of gold coins at one time. I have made a guide on how to make money. You can check it out here.

Become Gordon Ramsay and it should pop.

This one is just luck based. Just keep fishing and eventually you will get a golden fish giving you the achievement. Before you can begin this one you must learn the herbalism skill. After that you simply need to collect 100 berries from bushes.

After you rescue the lockpicker in the tunnels and learn the skill you just have to pick 60 locks.

After learning the alchemy skill you can start making your own healing potions. Simply make 100 of them.

Continue making potions until you’ve made 600 of them.

After you get the smithing skill you can begin crafting your own swords, make 10 of them.

Similar to Sword maker with the major difference being that you can craft any weapon and also shields. Craft 80 of them.

Mine 50 pieces of iron ore.

After learning the mining skill you simply need to mine 50 pieces of iron ore found in the mine and caves.

Mine 50 pieces of silver ore.

Very similar to Iron ore miner with the major difference being that you need to mine 50 pieces of silver ore.

This one is related to the herbalism skill once again. Pick 300 flowers scattered all around the world.

All achievements related to combat and hunting you’ll find in here.

As you progress thru the game just keep killing monsters until you reach 300.

This one is similar to Hunter but the fox has a higher archery level requirement so you’ll get this one easily when you are able to hunt foxes.

Most likely the hardest out of the animal hunting achievements but just keep hunting down animals until you reach 150.

Destroy all of the orc camps.

There are 2 camps in the game. After reaching Gray Valley and doing some quests the mayor will ask you to take down the orc’s camp in the mountains above the dam. The second camp is located very close by if you instead head straight west from the mine. When you reach Azure Valley the commander will ask you to take down the second orc’s camp outside the castle. Destroy both of these camps and you’ll get the achievement. The second camp’s orcs does require a very high combat skill level so it’s probably nothing you will be able to go for right away.

The rest of the achievements that didn’t fit any other category you’ll find here.

Have at least 100 strength.

These 2 are very straight forward. Either go for these 2 when you are trying to max out your cooking skill or just buy a ton of food and then simply regain strength until you hit 1000.

I believe you are able to finish the game before you get 140 fame so I didn’t include it in the unmissable ones. You will get fame for doing quests and helping people out around the kingdom.

Hero of the Kingdom III – How to Make Money

In this guide I will go over the different ways to make money from nothing. Other Hero of the Kingdom III Guides: 100% Achievement Guide. Solutions to Harder Side Quests. […]

Hero of the Kingdom III – Solutions to Harder Side Quests

Solutions to non obvious side quests! This is all the side quests in the game that I can think about which do require some work to actually complete. Anything from […]