In this guide I will go over the different ways to make money from nothing.

These are the current methods of making money that I know about. I personally recommend the pearl method the most by the time of making this guide. However it’s something that will show up very late in the game which is why the first really good and reliable way of making some decent money is when you reach Yellow Valley. The miller method is probably going to be your best choice here before you reach the later areas of the game.

I have included text, screenshots and videos to demonstrate these ways of making money.

With that said here are 4 methods I’ve discovered so far on how to make money from nothing.

The only real way to earn money at the very start of the game is after the earthquake has taken place and destroyed several things. The merchant at the first area in the game will offer slightly better prices because of what happened to your uncle (what a nice guy). If you head down to the beach you will encounter some hunters at a campfire. One of the hunters sells fur for 15 coins each. Make sure you buy 2 of these at once since the merchant you will be selling to only accepts 2 at once. Now head back to the starting area and simply sell 2 fur for 32 coins each time. This will give you 2 coins per time you do this. It’s not much and I do not recommend it since there are lots of money to be gained by just exploring, doing quests and simply progressing further into the game. 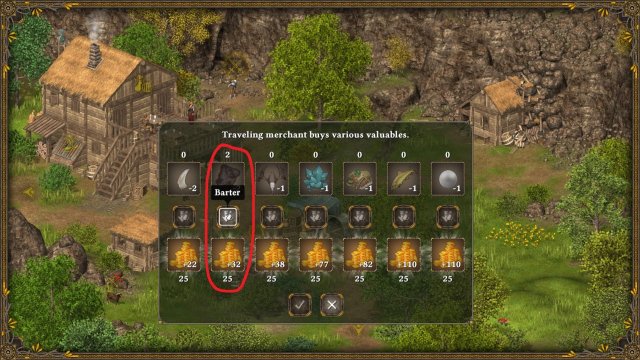 When you start exploring Yellow Valley (second area in the game) you will encounter a quest which is a fight between a farmer and a miller. Help them out and solve the situation in order to unlock a better method of making money.

The farmer will offer you grains for some money. Each time you buy one it will cost you 30 coins. After you bought as many as you want then head over to the miller and he will convert this into flour for 5 coins each time. Once you have the flour you can head over to the food merchant in Green Valley and sell the flour for 40 coins each meaning you will go profit with 5 coins each time. This method is pretty good, it takes a while but it’s still worth doing in my opinion. 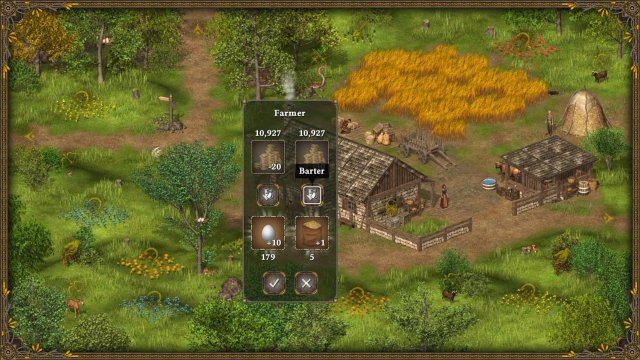 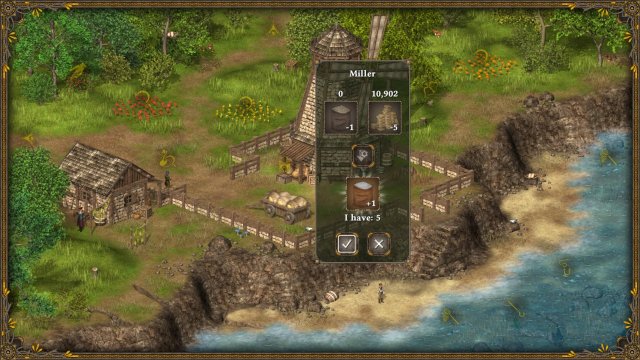 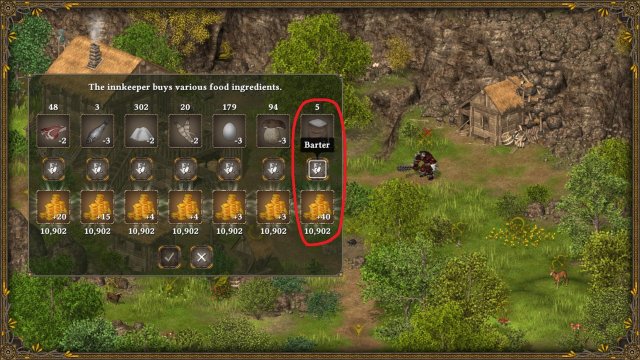 This will only work much later on in the game when you reach Azure Valley (the final area of the game). You will encounter a woman named Alice when you come out from the catacombs into the city. Alice will offer you a bunch of stuff. The thing we will be buying here is the pearl. Each pearl will cost you 90 coins. Buy as many as you can afford or want and then head over to the Jeweler at the very left side in the same area. Here you will be selling your pearls for 100 coins each meaning that you will be making a whopping 10 coins profit each time. 10 coins might not seem like much but the fact that it’s in the same area and that it’s just a buy and sell method makes this extremely efficient. 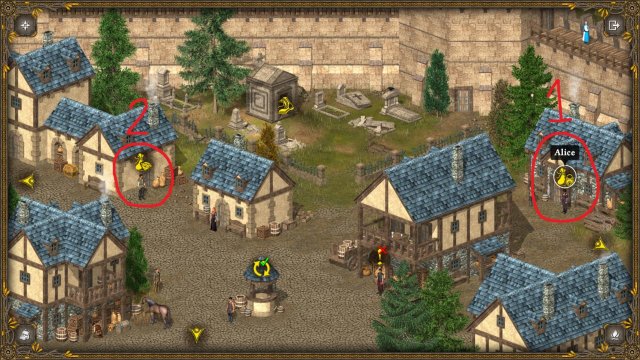 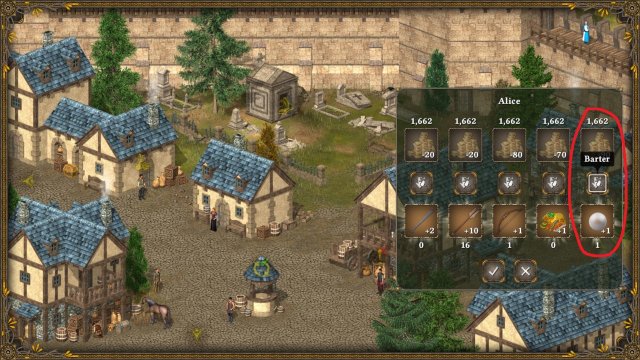 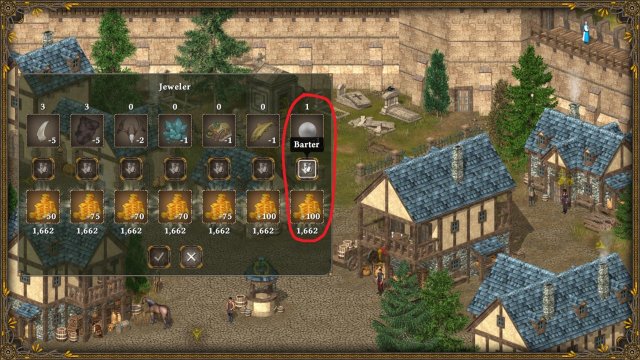 Now at the time of making this guide I have not tested which method out of this one and the pearl one that is the best and most efficient in the end.

The smithing method is a very unstable method at first. This is because you will be crafting weapons like crazy and as long as your smithing skill is not maxed out or at least extremely high you will fail to craft several weapons half of the time and lose some profit. This is why I do not recommend this method just to make money until it’s either maxed out or at least very high. However if you are an achievement hunter and you go for the level 100 smithing achievement then this method is pretty good.

First of all buy a few hammers, they will break trust me lol. Until the commander in Azure Valley will start to buy weapons from you this method will be a big loss in money. However when he does offer to buy weapons you will make a lot of money. Start by going to Gray Valley (the mine) and buy some ores from the vendor in that area. You can choose to buy whatever you want. However you should only buy whatever you can smith at first. It will be iron only in the beginning so don’t bother with silver just yet. Go into your camp and start smithing weapons and buy more ores whenever you need to. When your smithing is high enough to smith silver then start buying those ores instead of iron and simply smith silver weapons. When you are done then head over to the commander and sell your weapons. This method is good but something that will only work at the end of the game. You will make a profit of 30 coins, however this method takes much longer than the pearl one.

It doesn’t matter what you do, the profit will always be 30, the reason I recommend getting the more expensive silver ore when you can is just because it will level you up faster. 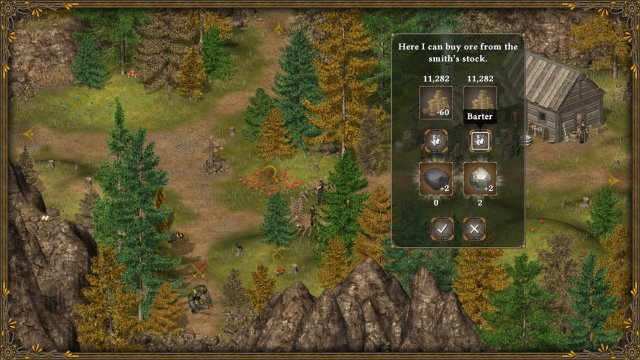 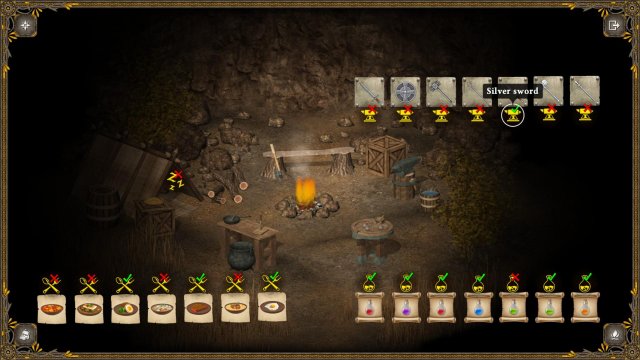 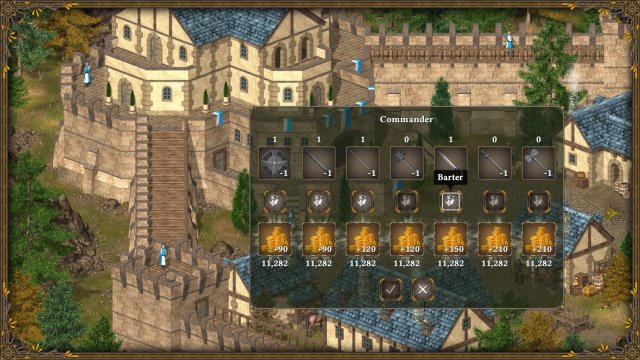 Hero of the Kingdom III – Solutions to Harder Side Quests

Solutions to non obvious side quests! This is all the side quests in the game that I can think about which do require some work to actually complete. Anything from […]