Cry Us a River: Make 3 Kills in one Turn using River’s Hero power.
A trial in RNG, this has long been considered one of Armello’s most difficult SP achievements. This strategy uses a simple combination of character choices and card management to ease the pain. It places the player’s River in as many favorable situations as possible, granting more leeway and room for error.

Reasoning: Three low health rats are required for this strategy. Pick up at least one of these packs, to gain access to Sargon and/or Griotte.

Reasoning: River’s equipment is primarily focused on movement. It grants more AP and freedom, giving the player better access to the board.

The opponents all start with 4 Body, and lose one heart each dawn due to Spoil. The Rate Clan ring Turquoise is a damage deterrent, as the AI tends to be incompetent at living. This setup often leaves them meandering with 1 heart. 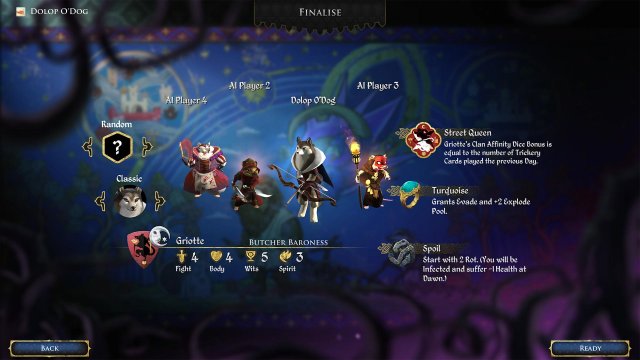 Begin the match by choosing a Wit quest if possible. As the match progresses, focus on Wit and Spirit quests. Likewise, prioritize any treasure or follower that boosts Wit or Spirit. The most important followers to watch out for are Apprentice and Warlock. The most important treasures are Helm of Heroes, Masquerade Mask, and Wyldfyre Staff.

None of these cards are necessary, but they are helpful. 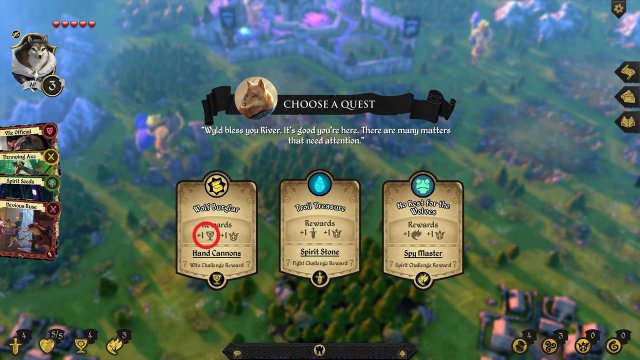 Draw cards exclusively from the Spell deck. Depending on the result, do the following: 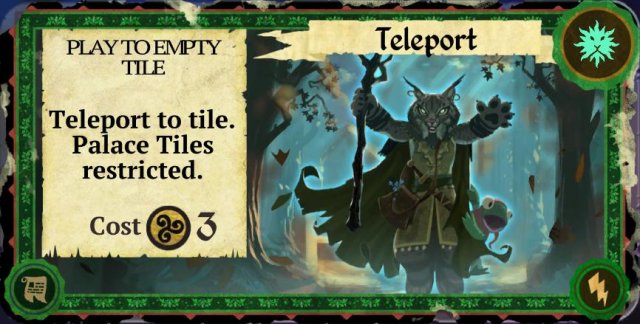 Play the quest and card strategies until Teleport is drawn. From this point on, always end turns with 1AP remaining to activate Sprint. Additionally, maintain enough magic to cast Teleport.

The hunt has begun, keep an eye out for any grouping of three characters on the board. The grouping doesn’t have to be tight, they must simply be accessible with River’s 4AP (Or more if Haste is active). There are a few outcomes when hunting for groups this way:

How to play Horace: the easiest, and dumbest hero in Armello. Other Armello Guides: Cry Us a River: SP Strategy. Chat Cards. ContentsStats and General StrategyLoadout Options(Small) Hand ManagementCountering HoraceConclusion […]

My Thoughts and Recherche Since many people seem to struggle with this achievement and I think I quite well figured it out, I want to share my information to you […]

Armello’s vast dialogue options organized into 20 handy reference cards. Designed to be printed, or viewed on a mobile screen. Never again will you have to guess what’s going to […]