Bird-brained is not a good description for Hat Kid, so don’t feel like one while you try to complete the Death Wishes associated with Act 2: Battle of the Birds. This guide contains all information you need to know to complete everything the feathery directors can throw at you!

Once again the Time Stop Hat proves to be a godsend (or, developer-send in this case?). This map mostly requires understanding of the map, enemy mechanics, and general mechanical execution. The Bonuses this time synergize with one another, for the most part; if you get one, you’ve probably gotten the other. Here’s some tips to better prepare you:

Over 40 attempts and I have still yet to complete this Death Wish. As a result, I cannot make a video to post as a completion guide myself! However, here’s what I have observed:

Remember to complete this Rift Collapse before attempting any Bonuses, so you don’t get locked out by the life limit! This Rift Collapse has the same bonuses of all Rift Collapses: obtain all Treasure-Pons, and complete with 30 seconds still on the clock. Given the pace at which I’ve completed this and the generous amount of time given to the player, it would not surprise me if someone did a Perfect Bonus single run for this. Here are some possibly-run-ending mistakes I’ve noticed:

This Death Wish only activates its jump-slaying effect when you’re actively on a map hunting down a Time Piece. While on your space ship, you receive no repercutions for jumping. Likewise, the Bonus counter does not reset if you do die by jumping, so don’t panic.

Here are the maps I’ve noted are good for no-jump runs. It’s less exection and more finding maps that can be completed without a jump:

Maps that almost can but don’t:

This is by far the most enjoyable Death Wish I have played yet. Any path you take is blocked off for a long period of time (unless you’re amazing at timing and/or abuse the Time Stop Hat), and the lead Owl tends to follow a liiiiiittle too close for comfort. This level is more generalistic and rewards creativity (not that I could help myself from recording some videos you’ll see below) and the Bonuses can be easily obtained together.

Having trouble? Here’s some tips:


Snatcher Coins in Battle of the Birds

You can find the first in either “Dead Bird Studio” or “Award Ceremony” atop the barn-like building after the Conductor’s first movie shooting sequence. 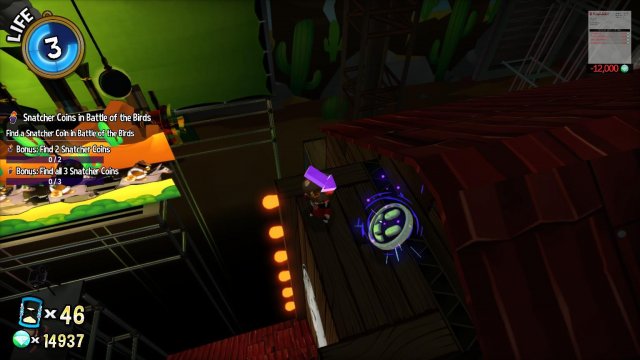 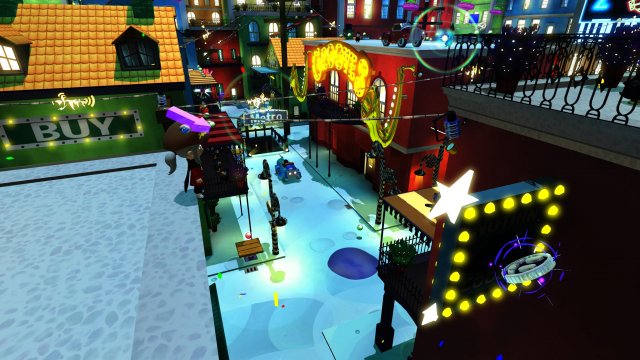 The final coin is located only in “Train Rush,” during the outdoor section. You will spy it atop the first hot air balloon, and it can only be reached with a perfectly timed Hookshot leap. 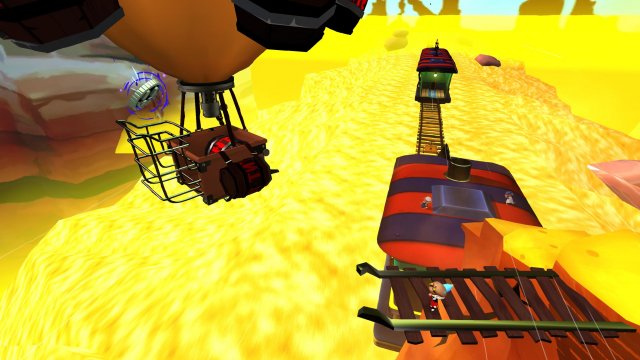 This one isn’t that difficult, to the point that I find making a guide on this one a bit redundant. Nevertheless, here’s the locations of all the Storybook Pages, which tend to be elusive:

This one is a hard test in multitasking. Both birds will be on the offensive, working together with attacks in tandem with one another. That is the key phrase- in tandem. Until you desync them by dealing damage to one and not the other, their attacks will mirror each other. This fight will challenge your movement skill and timing in a seemingly infinite possible sandbox of attack combinations, so psyche yourself!

A Hat in Time – The Community Thanks You Achievement Guide

This guide explains everything you’re going to need in order to unlock this achievement! The reason I made this in the first place is because I have heard a lot […]

This guide is mostly aimed at explaining on what you will face during a match within the manor of Vanessa’s, and what to expect when running from, or spreading the […]

A Hat in Time – All Storybook Pictures Location

Rumbi factory purle time rift (All storybook pictures location). Other A Hat in Time Guides: 100% Achievement Guide (How to Unlock All). How to Get All Roulette Items (Cheat). Guide […]