A simple guide to easily get all the new Oregon DLC Achievements in a single day!

With the new Oregon DLC 5 new achievements were activated and can be earned. In this guide I will show you a good way in getting these achievements quickly as well as provide you with the locations you have to visit in order to get them. These achievements can be done fairly quickly but you should at least allocate 5-10 hours of your time to do it (depending on how quickly you do it). With no further ado, let’s get into this.

Probably the most straight-forward out of all the achievements; Simply visit every new city of the Oregon DLC by driving into it. Just passing through a city will also work, you don’t need to finish a delivery to make it count. Some updates can be done from a highway, but sometimes it requires you to drive off the highway into the city to get the achievement update. I prepared an optimal route for it so you can get this achievement while also getting a bunch of the others with no effort. You can see the route at the bottom of the page. But for now lets continue with the next achievements.

This achievement requires you to visit 4 landmarks. Thor’s Well, Yaquina Head Lighthouse, Crater Lake and Crooked River Gorge. You will also be able to visit those on the achievement route I’m going to give you later. For now I provide you with screenshots where you can find all the landmarks if you are missing some or want to do them individually.

Can be found on Route 101 between Coos Bay and Newport. It is a small rest place which is not on the map, at this location (The ARROW on the screenshot and NOT where the route starts). 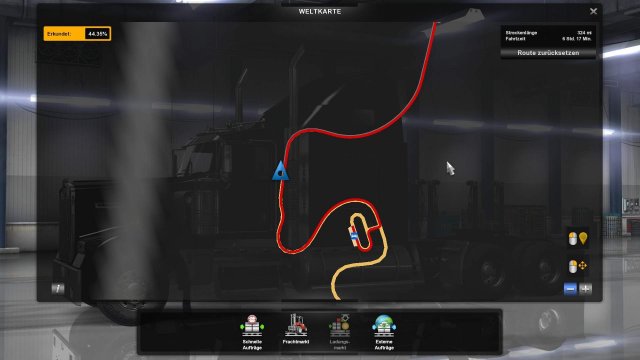 Can also be found while travelling the Route 101, this time right after Newport, to the nort of the city. You have to drive off the Route 101 onto a small road to get to it. 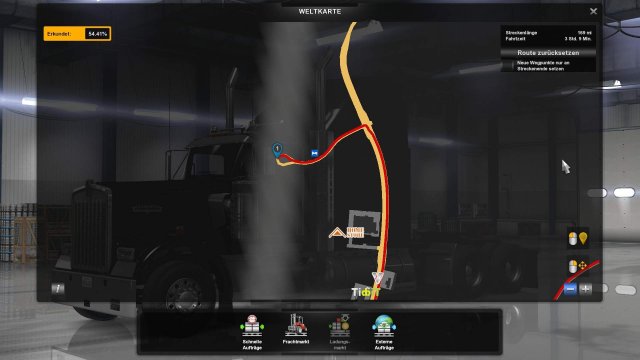 To get to this landmark you have to take Route 97 from Bend to Klamath Falls and drive off into a street leading to a toll gate. Once passing the toll gate and after driving about 30 miles, you will reach a small area right next to the lake. 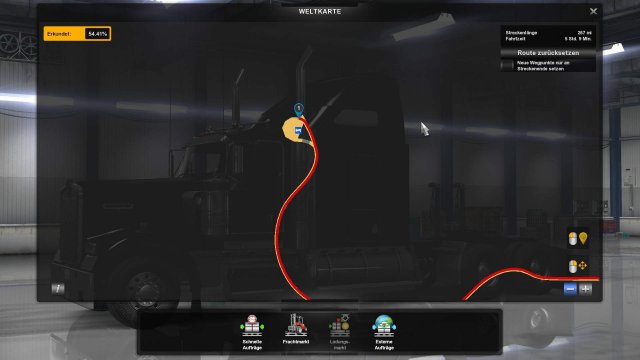 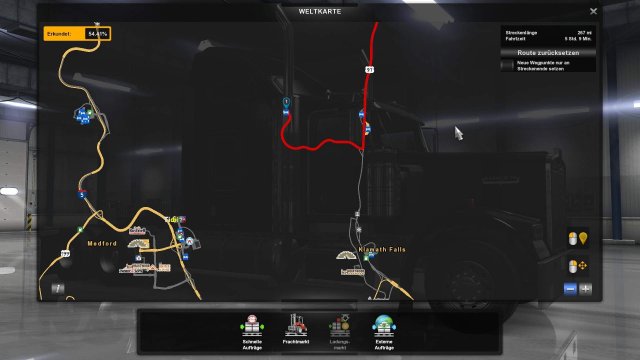 Can also be found by traveling the Route 97 but this time north of Bend on the way to The Dalles. Just after leading Bend to the north and after the small gas station and the road leading to the Bushnell company, you will encounter a small road to the left next which leads to a small resting area. The location is found once you drove around the U-turn road thingy (however you may call it). 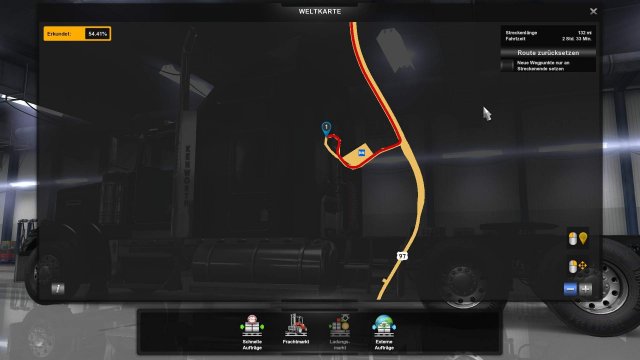 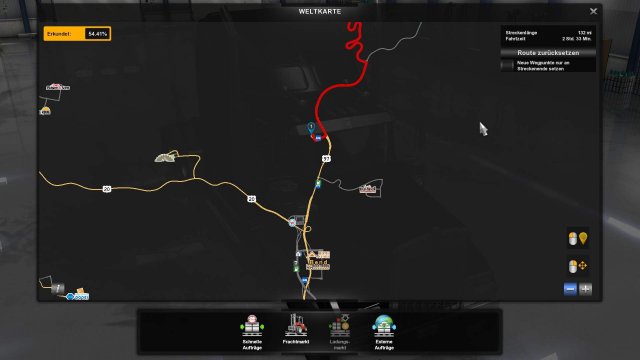 Probably the easiest Achievement to get since it just requires you to drive on a single road section. Specifically, you are driving over a bridge which lifts when a boat comes to pass the bridge (hence the name uplifting). The bridge can be found on Route 101 right before the Astoria text on the map (Approximately where the marker is on the screenshot). 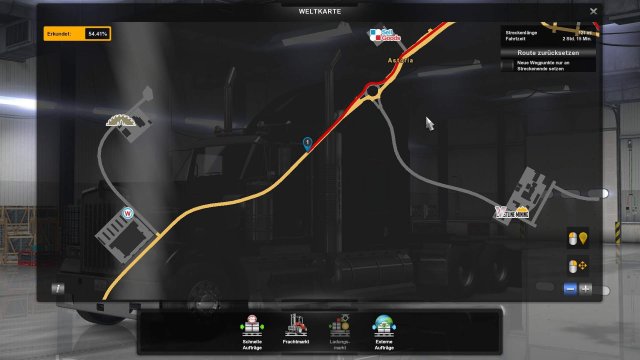 Anyway, since it requires a special commodity you need to search in your market for that commodity, and the route has to be over Route 84. This might require a bit of sleeping to refresh the board until you find a suitable one. Optimal would be one that lies on the route I’m going to suggest at the bottom of this guide, if it is not possible just try to do this by doing a quick job and playing around with the routing so it goes over Route 84.

The achievement unlocks once you enter the passage from either direction on the following screenshot, so you don’t have to finish the delivery (contrary to what the achievement description says). 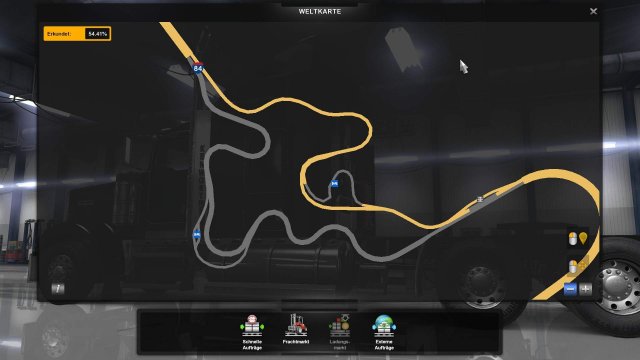 This achievement requires you to transport a commodity from each of the 5 timber harvest sites in Oregon. On the map, the harvest sites are always marked by what appears to be a half of a sawblade as symbol. Since there are more than 5 areas with this symbol in Oregon you have to look at what the area looks like. If there are no buildings (black squares) marked inside the area, it is a harvest site.

Now these can also be done while doing the route which I will explain later, but it might be difficult because sometimes there are no deliveries starting there or they go somewhere not following the route. So what I would recommend to avoid unnecessary headaches is to check before you reach an area where one of these sites is, if there is a suitable delivery or not and sleep if necessary to refresh the board. If you can’t find any, then just move on. These can easily be done later by doing quick jobs.

Here are the locations of all the harvest sites: 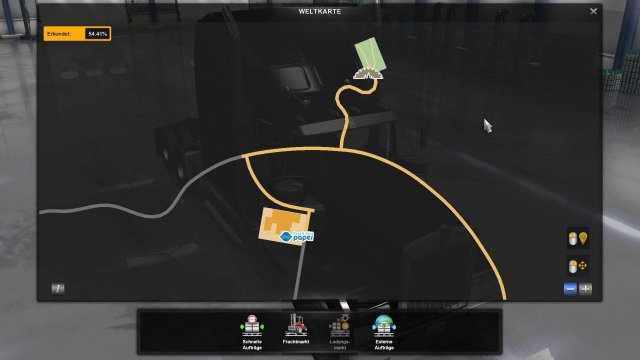 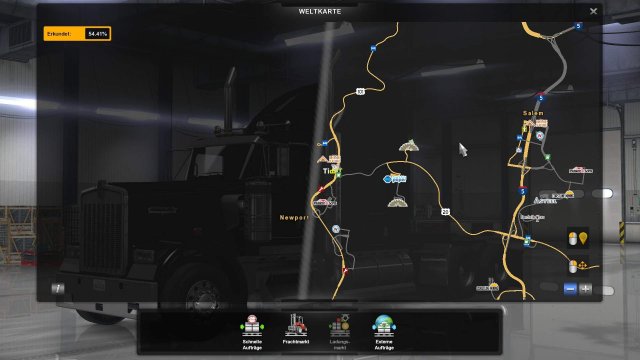 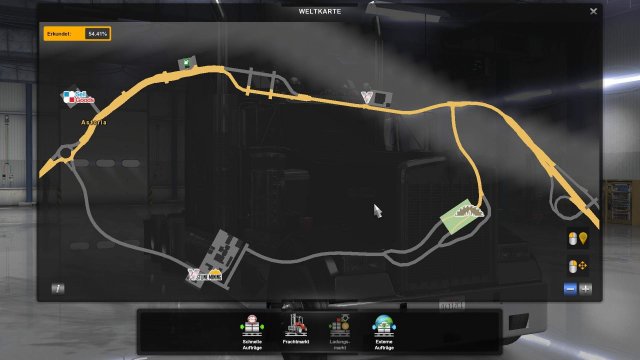 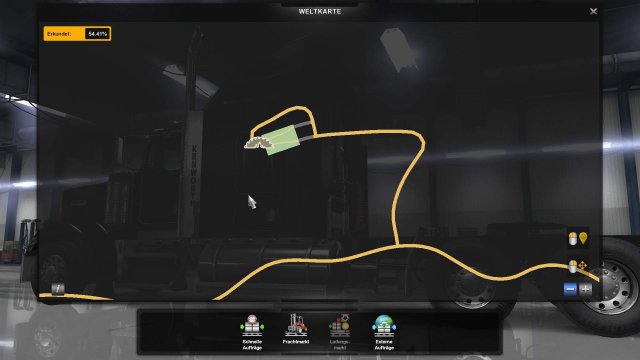 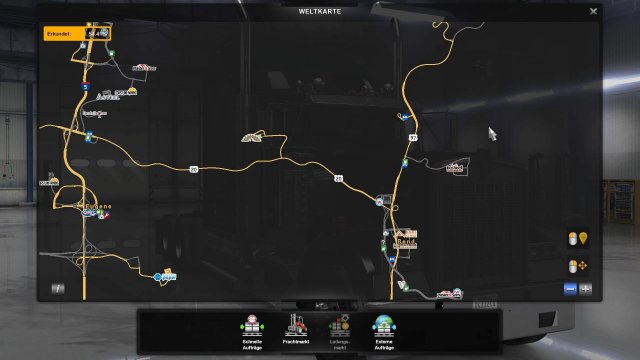 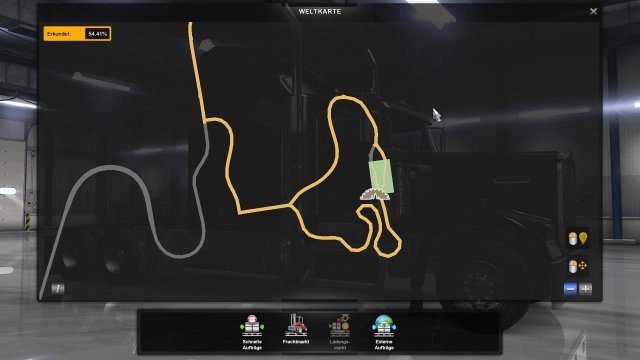 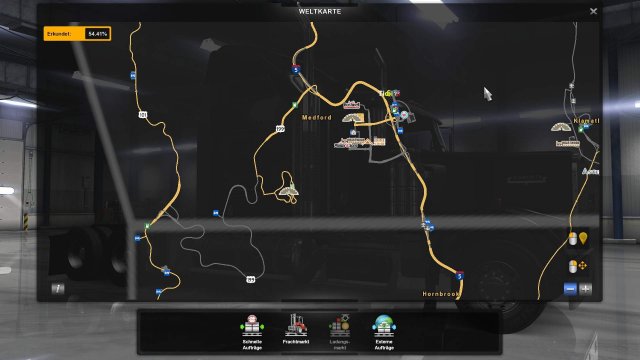 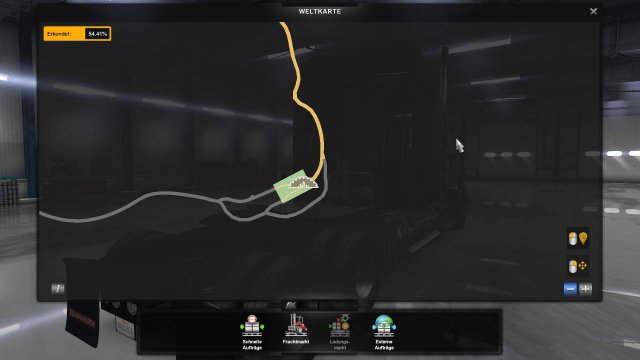 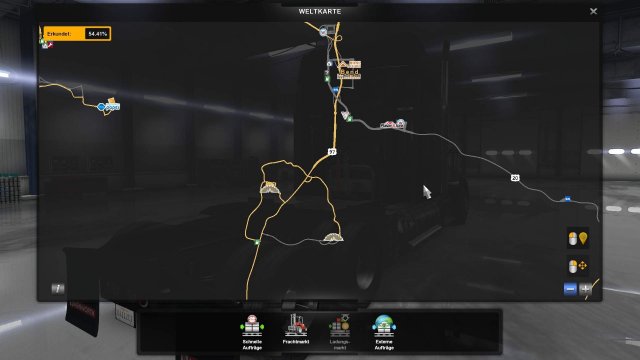 Possible Route to Get Most of the Achievements

Here is a screenshot of a route I find pretty efficient in order to get most of the achievements. 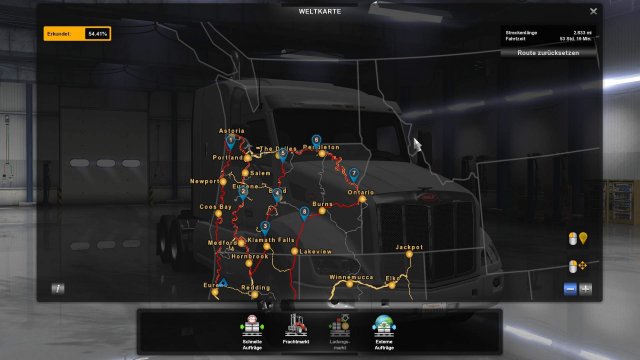 So let’s do a checklist so you can do this step by step (for references see the above screenshots):

Optional things you can try along the way for the Lumberjack achievement:

Now, I would recommend to only do those when one of them is conveniently available. If not just ignore them, because after you are done with the route, you can just do the ones you missed by doing quick jobs.

A guide on how to get to the obstacle course in Ogden, Utah, in American Truck Simulator. How to Get Obstacle Course Easter Egg Obstacle Course Location Did you know […]