Wondering why you can’t get to a million in training as fast as you could in the original Lethal League? This is why. This guide will briefly explain about a new system that affects the speed the ball gains from smashes.

There’s a new mechanic in the game that affects how fast the ball is allowed to gain speed, preventing a single player from being able to send the ball to extreme speeds on his own. This mechanic doesn’t seem to have a name, so for now I’l giving it the tenative name Speed Scaling. This short guide will explain briefly on what Speed Scaling is, and how it forces players to not spam smashes all the time.

This modifier is reduced by 25% each time this happens, and is multiplicative. So on the third smash, the modifier goes from 75% to 56%, then 42% on the 4th smash, 31% on the 5th, 23%, 17%, 13%, and finally, 10%, at which point speed scaling will stop. In a normal game, it’s highly unlikely that speed scaling will ever cause the speed gain modifier to hit 10% (as you’d need to have smashed the ball 9 times before another player takes it), but it is possible. You can observe these effects youself by going into Training and spamming smashes on the ball over and over again.

Can You Reset Speed Scaling?

Yes, you can. It’s possible to reset Speed Scaling in 2 ways:

1) Use a downward aerial swing. 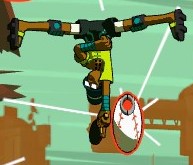 Hitting the ball with a Dair will reset the modifier to 100%, allowing you to double the ball’s speed with a smash again. Keep in mind that you’ll have to use them every so often if you want to be increasing the speed a lot. This is the only way that you can reset speed scaling, so you’ll want to get familiar with that attack if you want to be doubling the ball’s speed often.

2) Lose control of the ball. 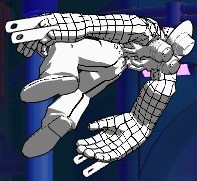 If another player takes the ball from you, or if a new Burst starts, Speed Scaling will also reset to 100%.

A guide on how to activate special costumes for select characters. Other Lethal League Blaze Guides: All Unlocks. Beginner’s Guide. Speed Scaling. Candyman Guide. Secret Techniques. How to Unlock the […]

Useful techniques for Blaze which are not explained in-game. Other Lethal League Blaze Guides: All Unlocks. Beginner’s Guide. Speed Scaling. Candyman Guide. Secret Taunt Costumes. How to Unlock the Grand […]