We’ve all played this mini-game – if you push too hard in the wrong place 4-5 times it will break.

Avoid breaking this pick by pressing E again and re-entering the mini-game before breaking it.

Practise at home, if you need to, but it’s pretty simple and they’re cheap. A few seconds is all. 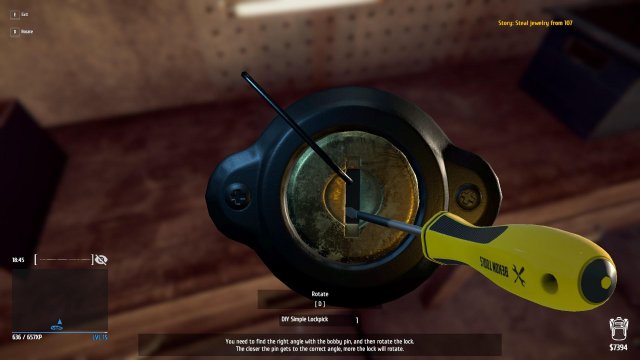 Some of us will be familiar with this mini-game – this one is a little more difficult.
Mis-click more than 3 times and the pick will break, so if you miss 3 times – Exit out with E and try again.

You might have to be patient as some tumblers will take several taps to get into position (which you might miss, which will frustrate you into a mistake if you’re not keeping your cool). A few seconds, but don’t count on it – could be a bit longer than this. 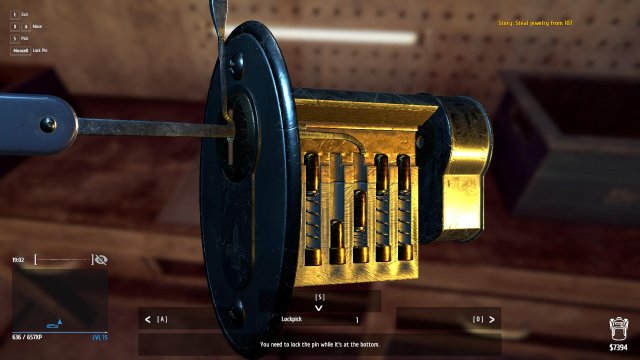 You’re only ever going to need one of these, it’s practically silent and takes a few seconds to open the lock.

No reason to ever not carry these three picks (Some houses might have internal locks, and they weigh next to nothing – plus you can drop them and pick them up for 10XP for first steal of your own equipment, same as all your stuff, in each house). 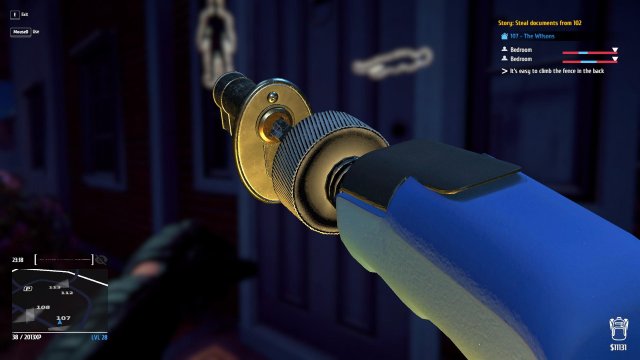 This can be a little tricky to start, but the trick here is a steady rhythm. You simply move the dial in the direction of the arrow until you hear the “tick” pitch raise or see the sound meter jump.

This starts to happen around 7 numbers away from the actual combo, so move in steps of 5 numbers at a time – when you notice you’re getting close to the combo, take it a tap at a time.

Then, simply do the same thing the other way and – for the third, just hold the button down because you already opened it. The last number cannot be missed. 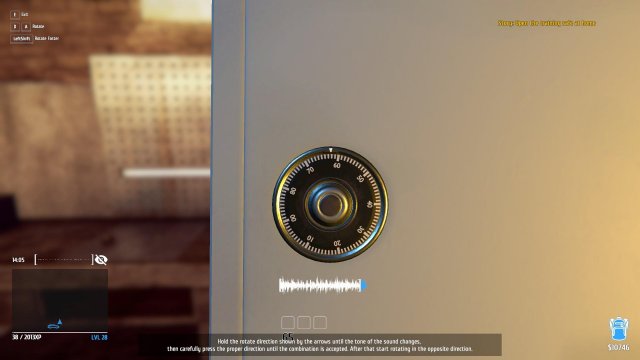 This is used to unlock or wipe devices, as the pawnbroker will not buy any locked or unwiped devices.

It’s the same mini-game for all electronics. You can only unlock devices at your home workstation. 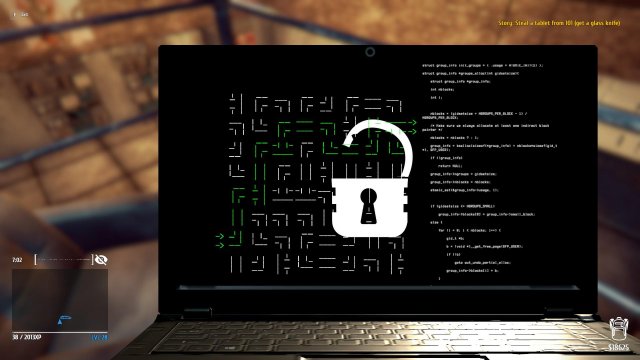 At level 2, you can open closed window shutters, from the inside only, using the hacking PDA.
These shutters are closed by residents at 19:00 and open at 07:00.

This is useful if you are trapped inside a room in a house at night and cannot exit through any door, due to the occupants’ movements causing you to be stuck in a room with no safe way to scarper. 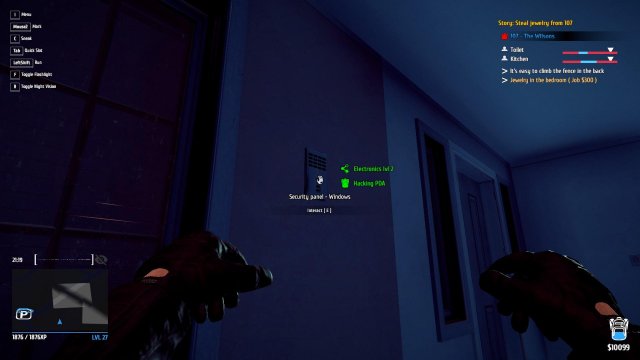 A word in your shell-like: If the panel is in someone’s bedroom and they’re in bed, don’t touch it, wait til they leave the room – go find a way out through a door or quietly creep the place and rob the expensive stuff while they sleep.

By now, you ought to be practised at recon enough to know their routines. 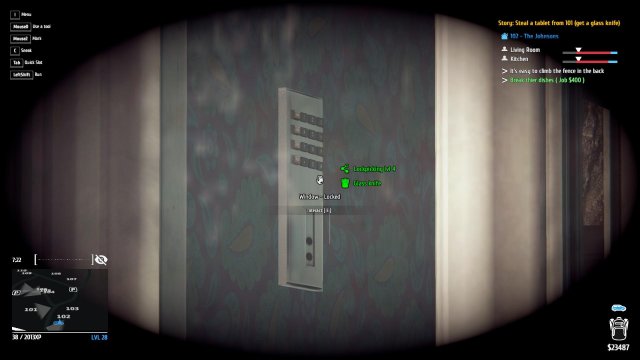 They won’t notice the toilet is busted, but they will notice an unlocked door… or a TV has been put back on the floor because you can’t put it back where it came from – be careful what you take when residents aren’t asleep, check their routines and figure it out.

Disabling the panel in the day does not stop the shutters closing at night. It only opens them.

To disable window shutters from the outside, we’re gonna need a hacking laptop that weighs 1ld and can’t be dropped. Not that you’d want to since it costs fifty grand… This may seem a pain, but it can be worth it – you can always put it in the car-box once you’re done with it.

To use it, you’ll have to be close to the panel – which you may or may not have already located by peeking through windows or using your binoculars to do from a distance) – the laptop will alert you to a panel. Press E to play the minigame to raise the shutters from outside. Super useful… Unfortunately, you can’t use it to open the shutters and then drop it off at home and come back, as the gameworld is reset.

Don’t be in front of the window when you open the shutters, eh? 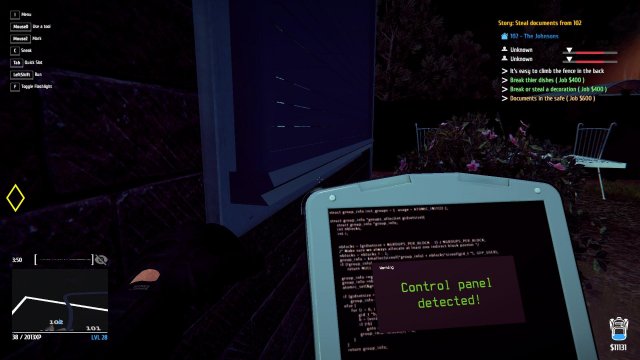 Other Thief Simulator Guides: Beginner’s Guide. Tips and Tricks. Lockpicking Guide. Basic Rules to Follow. Level Up! The game is very good at how it manages the initial stages of […]

A Guide on how to get all the Faberge Egg Replicas. Other Thief Simulator Guides: Beginner’s Guide. Tips and Tricks. Level Up Guide. Basic Rules to Follow. Lockpicking / Hacking […]