A short guide on how to turn Fidel into a beast early in the game.

Say Hello to My Friend!

This is a simple guide on how to get Fidel to be your most dangerous companion for quite a while. I haven’t seen this anywhere so I thought I’d share. 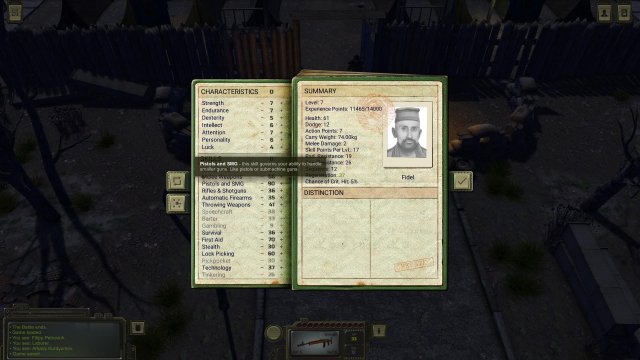 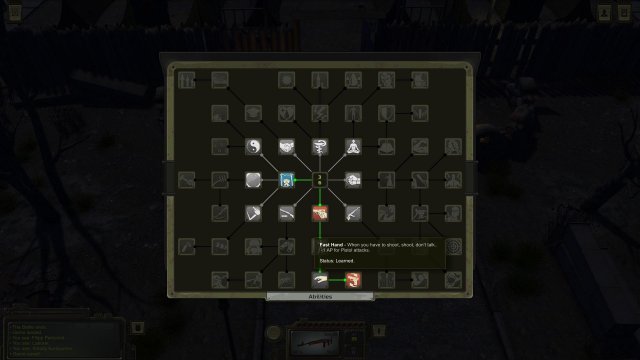 Points into Pistols and Early in the Pistol Skill Tree is, Fast Hand that lowers AP cost of Pistols by 1. Get up to Fast Hand ASAP.

and Now…Lets get a pistol attack that costs 1 AP and gives Fidel 6 Attacks per round.

Your Instrument of destruction 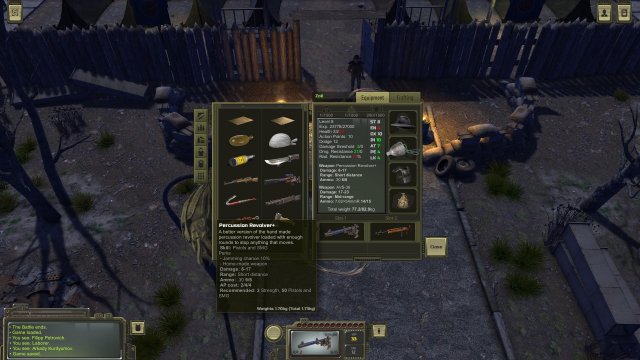 This is a Home Made Revolver, The Percusion Revolver+. It only costs 2 AP to fire. So with Fast Hands that becomes 1 AP!

You have to craft this gun which is tier 3, meaning it will be the 3 upgrade of the same gun. SO Quicksave after every success. You can see the materials to create it on the wiki and plan accordily. This will require you to save scum craft. I made this gun with 20 Tinkering on a Child Prodigy Character.

One thing…It’s Home Made…That means 10% chance to Jam, which in video game math means closer to 33%

Even with this annoyance Fidel is now a Death Dealer. Butt…what if we could make it even better? 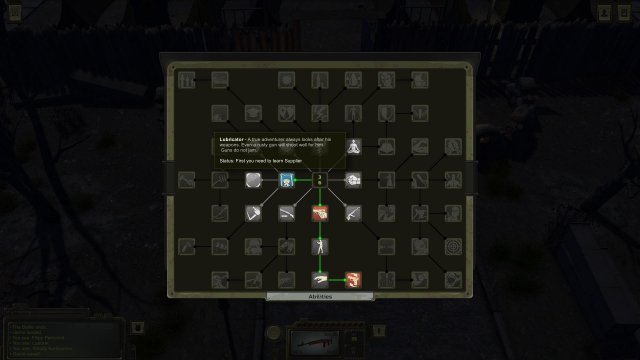 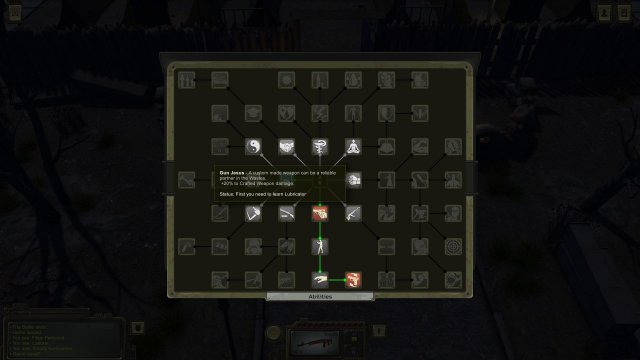 Lubricator takes away the Jams…Gun Jesus gives more damage. Lit. Oh..and +10% chance to find cravans is cool…if it works on Companions. We’ll say it does until proven otherwise.

The +10 to survival is the only waste because the Dog has high Surival and Hexogen starts pretty high as well.

Build how ever you want, the only thing required is Fast Hand for the build.

What You Need and How to Get it Fast

You don’t have to go straight to the Percussion Revolver+ as fast as possible, the first Revolver works well also and the ammo is craftable. Round and Shot Round.

Percussion Revovler+ uses .30 caliber which is pretty abundant so its not too bad to get really early. I had around 70 rounds when I figured this out and crafted it for Fidel and I have 130 rounds now.

First thing is you should plan out what materials you will need to make everything all the way to the final product. It should be fairly easy to scrounge them up. Nails and Tape, I would suspect to be the rarest.

You can get early toolkit from the missing Repair Guy from Otradnoye. He is a Prisoner at the Factory. Talk to Dan to Free him, after you pass their test. It will cost base 500 Rubles. With Speech I believe I got him down to 250. Once Freed you take him to the map and he leaves your party and goes back to Otradnoye on his own.

Do not go back to Otradnoye yet unless you have an extra 1000+ rubles, which you shouldn’t at this point. If your close you do get rewarded by the Otradnoye Leader…but I don’t thinks its more than 150. Back in town the guy you rescued should be at the bar and he will sell you a Tool Kit for around 1000 – 1100 rubles. If he isn’t there is hangs out by the water pump. You need the toolkit for the last part of the crafting.

Obviously this is all dependant on what you have done and how much money you have. Your smart enough to figure out what works best for you.

Go and get Fidel from Krasnoznammeny, you just walk to the first buliding on your right, the bar, and talk to him. Some good quests in Kransnoznammeny leading back north to Otradnoye too.

If you don’t have enough money for the Toolkit. Go talk to the two guys that got scammed by the Crypto Currency dealer. Get the 1000 rubles back from the Crypto Dealer and keep the money, tell the two they already spent it. You can use the 1000 to get in the gates if you want, its 500 if you can talk the gate guy down. I did it with 100 speech, later in the game. Obviously if you are a good guy then you will give the money back and get the rifle as the reward. Sell the rifle and make enough money doing whatever to get the tool kit. The craftable double barrel with Shot Round is way better than the rifle. Especially if you went straight for Witcher Skill.

Now go back to Otradnoy and buy the toolkit and make your Gun. Or if you already bought the Tool Kit then you should have the gun already and are are terrorizing the wastes!

This guide is for people who have played a few hours into the game and have some knowledge about the game but struggling to survive in the wasteland. Other ATOM […]

Tired of being bullied around by the revisionist criminals? Tired of being hurt by the reactionary mutants? Comrade Lenin has spoken! Here are the magic words you can use to […]