A collection of community-made mods for the PC version of Grand Theft Auto III to fix many long-standing issues and restore some of the PlayStation 2 version’s features, as well as a few mod packs to enhance your experience.

Grand Theft Auto III is often considered one of the most revolutionary PlayStation 2 titles of its time, known not only for making a huge leap from its top-down 2D predecessors, but also the wide-open sandbox genre by allowing players to freely roam in a fully 3D, fictionalized version of New York. Over the course of time, the game has been ported to other platforms such as Windows PC in 2002, the original Xbox in 2003, and for its 10th anniversary, a mobile port for iOS and Android in 2011.

The PC version, while it has a few benefits over the original PlayStation 2 version, it also has some noticeable drawbacks, missing features from its PlayStation 2 counterpart, and many leftover issues that to this day has yet to be addressed by Rockstar themselves, some of which only has gotten worse thanks to growing compatibility issues on later Windows operating systems and newer hardware. However, thanks to a talented modding community, we can not only fix many of these issues, but improve upon what the PC version has to offer.

For those also interested in the aesthetic and technical differences between each version of the game, give these comparison videos by Vadim M a watch, as well as this article by Digital Foundry a read.

In the following download is a compilation of various community-made mods and unofficial fixes that not only address some of the major issues in Grand Theft Auto III’s PC port, but will also downgrade the Steam and v1.1 versions of the game to the v1.0 release which is usually required by some mods to work properly. This package can also be applied to the retail release as well. These fixes are compiled with the intent of retaining vanilla features of the PC version to an extent as a precaution for other mods that may have issues. If you wish to know more about the mods featured in this package, you can view the included readme file under the “List of Featured Mods” section.

Note: A clean, vanilla installation of Grand Theft Auto III is also highly recommended to minimize issues upon installing these files! I also suggest making a back-up vanilla copy of the game to save time in case if you need to re-install the original files!

If you wish to see the changes and comparisons with these mods installed, continue reading to the following section, otherwise jump to the appropriately labeled sections for mods to use these fixes with.

In the following section is a comparison of some of the visually represented issues from the vanilla Steam version and how can they be addressed with these mods. Note that all screenshots were taken at a resolution of 1080p (1920×1080). 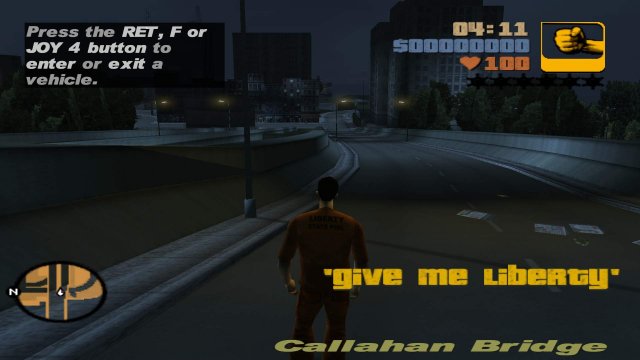 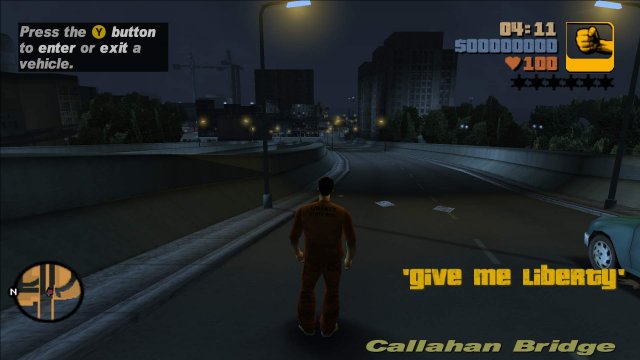 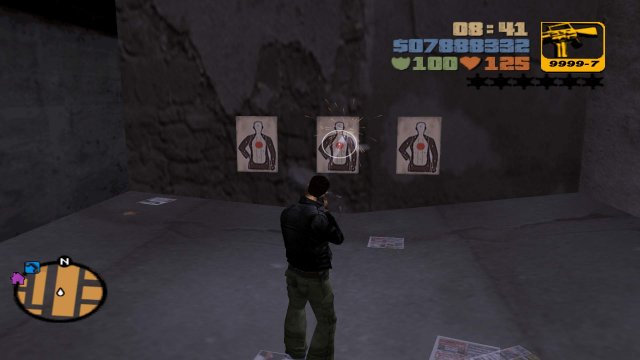 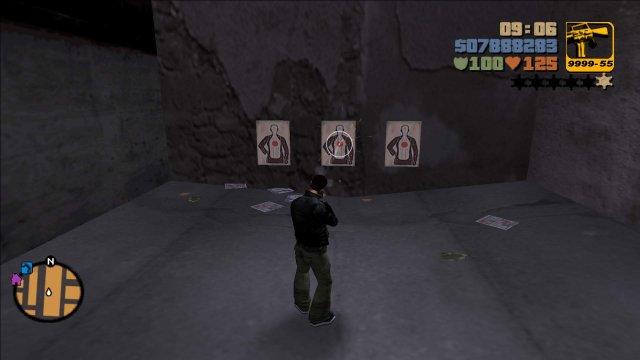 This issue be difficult to spot through the screenshots, but the game’s widescreen option also breaks alignment of the weapon sight for weapons when using the “Standard” mouse and keyboard controls, causing your shots to fire slightly above and to the right from the center of the sight (left). This was also corrected via Widescreen Fix (right). 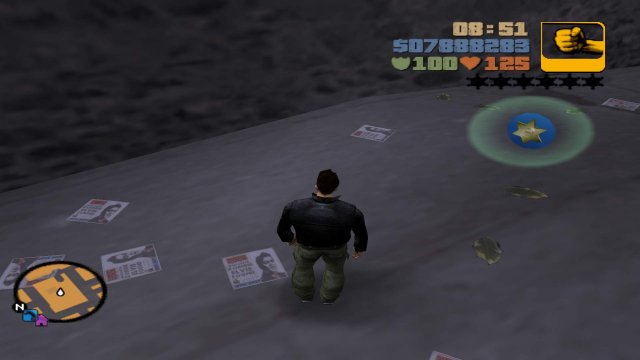 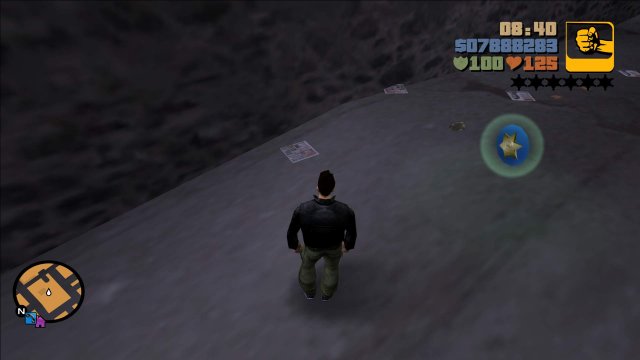 The PC version is missing the subtle surface glow under pick-ups from the PlayStation 2 version (left). SilentPatch addresses this (right). 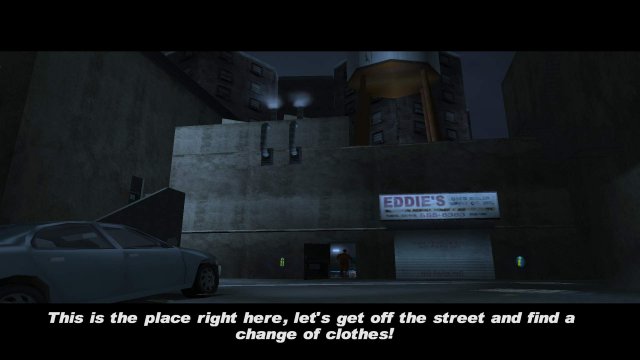 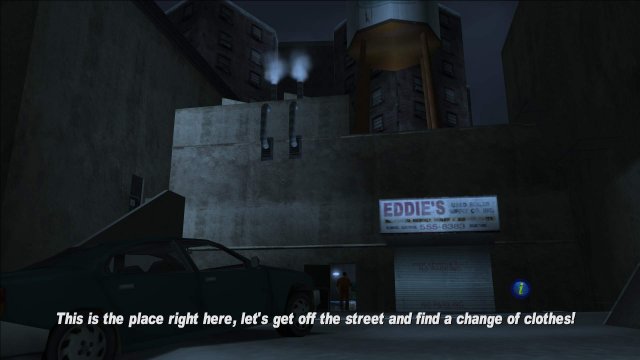 Some particle effects from the PlayStation 2 version such as smoke (pictured) and water splashes (not pictured) are simplified in the PC version (left). ParticleEx not only can restore the original PlayStation 2 effects, but also give users the ability to switch between the PC and Xbox effects as well, without modifying the game’s particle.txd and particle.cfg files (right) or drastically altering their appearance. 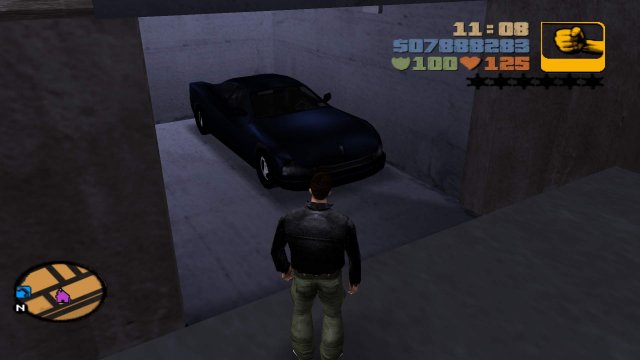 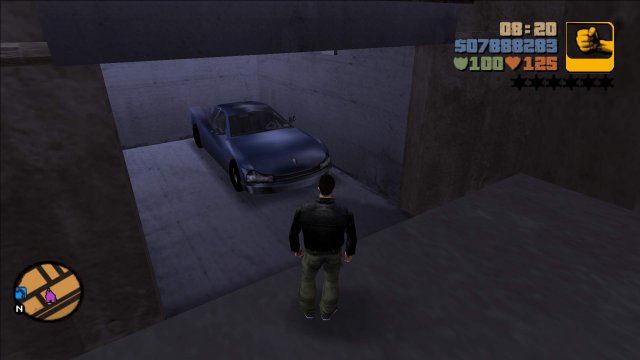 An example of a Steam-exclusive bug where cars are rendered incredibly dark and dull being demonstrated with a Cheetah (left), which was not present in the retail releases. This is how they should look like after using Steam Car Colour Fix (right; using the “PC” texgenSwitch and texblendSwitch from SkyGfx).

There are some other oddities, issues, changes that are not shown but are present in the PC version as well, such a “cannot find 640×480” error, menu text being missing or being slow to display, the Steam version asking players to “insert Disc 2 to play” when they most likely don’t have a retail copy, unused loading screen images from the PlayStation 2 version, the infamous “missing Purple Nines” glitch, though these issues can be remedied by these fan-made fixes.

PS2 Feels III Edition mod by Mugetsuga basically converts many of the assets and features of the PlayStation 2 release of the game to PC, while fixing some of the oddities from that version. It also has various tweaks and extra features supported without losing the overall feel of the PlayStation 2 version, with various presets available. This is nice way for those that want to re-experience the original PlayStation 2 version without resorting to emulation or if you do not have access to the PlayStation 4 re-release. The mod packs I’ve put together were also inspired by this mod’s structure to allow for some toggleable features. If you are having issue with video playback when using PS2 Feels III Edition for the game’s into videos, please look into its readme file for a codec pack that can fix the issue as well as its preset of features you can enable.

After seeing basic and so many bad “10 Year Anniversary PC” mods for Grand Theft Auto III, ranging from only getting the menus and (poorly converted) Xbox vehicles, some of these being bloated with unnecessary things that don’t make sense, or worse, don’t let you play story missions, I decided to try and make an off-shoot of dimzet’s “Mobile to PC” mod and try to make a collection of mods that can bring some of the features from the mobile version to PC while trying to restore missing features from the PlayStation 2 (via Liberty City: The Leftovers Fix). The result (so far) is a mod pack that not only lets you enjoy some of the mobile version’s features on the PC version, but also allows you to switch between the PS2/PC features thanks to Mod Loader, along with some things borrowed from PS2 Feels III Edition to fix some other errors the vanilla PC and even the mobile version has. I still consider this compilation a “beta” since there are some features I haven’t seen implemented, like the Vice City-like rain effects, recreating UI and HUD elements from the mobile version in higher quality/resolution, other UI graphics that I haven’t been able to port over to PC (while many others were edited from other mods), some textures supplied by dimzet’s mod doesn’t exactly work right (some clash together with the PC ones or rendered “brighter” than usual), and there doesn’t seem to be an accessible map mod of sorts, but so far it is fully playable from my experience putting this together.

Xbox Conversion: The Unofficial Revision is an unofficial “revised” version of Rim’s Xbox Version mods, which brought the visual upgrades from the Xbox port of the game to PC. The HD version would later fix issues the previous version had with remastered HD-quality textures. The problem with these mods whoever is that they seem to be prune to bugs one way or another (especially the original non-HD version), have a long and complicated set-up process (especially the HD version), and since Rim’s disappearance, other mods that Xbox Version mod relied on becoming outdated. So I took liberty of trying to fix these issues myself, simplifying the set-up process (thanks to Mod Loader), compiling everything the HD version of the mod has, and taken some of the converted Xbox port’s assets by TheHero for a replacement for the old Xbox mod (since the HD version used these as a base), while trying to remain faithful to the mod’s original intentions.

This is a small set of other mods I recommend outside of the ones featured in The Essential Fixes. Please note that for the most part, this list of mods is trying to avoid anything majorly game-changing.

Note: If there’s a problem with the mods themselves, please direct them to their respective developers, this list for common and more easily fixable issues that can occur when using some of these mods.

My game is crashing at launch!

Unfortunately, random “Unhandled Error Exception [code numbers>” crashes can still happen, even with these fixes speaking from experience. The best things I can suggest are:

Steam Overlay doe not work/Game crashes when launched via Steam!

This seems to be an issue with Steam not knowing the game is being played under DirectX 9 instead of DirectX 8 moreover the patched .exe itself (I have tried disabling Widescreen Fix’s D3D8to9 function and the game worked with the patched .exe launched via Steam, but it also means mods like SkyGfx won’t work). For a possible workaround, try the following:

My game is crashing when switching resolutions!

I’m not sure if this is an issue with Widescreen Fix or how the game is able to handle resolution switching while running under Direct3D 9 instead of 8. If you need to switch resolutions, open GTA3.WidescreenFix.ini found in [path-to-GTA3>scripts with a text editor (preferably Notepad++ to maintain format) and change the following to your desired resolution:

Setting these values to “-1” will use the game’s settings instead being overridden by Widescreen Fix. You may also want to manally change the aspect-ratio of FrontendTextures (e.g. set it to “16:9” for 1920×1080) if some menu textures appear to be not scaling properly to the game’s resolution.

The HUD is too small/big!

Can I use a DualShock 4 controller with the game?

From my experience, it could be possible by using DS4Windows to wrap XInput to a DualShock 4 controller to use with GInput. If you need to change button prompts to match, open GInputIII.ini found in the root of your Grand Theft Auto III installation folder or the scripts folder and change the following:

Setting this value to “1” will swap the Xbox prompts with PlayStation ones and vice-versa.

This is a collection of myths and legends in GTA 3 (Locations, NPCs, etc). Locations Abandoned Beach The Abandoned Beach is located in Portland near the Stadium, no Peds are […]

This serves as a guide to get Grand Theft Auto III to run on the Windows 10 Operating System, this is all without any sorts of modding or external downloads […]