Murky Station is the best heist to farm for XP so here is how to do it most efficiently.

Murky Station is the fastest way to gain XP, playing it on DS.
The best way to play this heist is with 2 players, that because the players can split up and both take one bomb which saves time.
Getting the extra loot (the guns) is not worth the time, ignore it.

To make the map as easy as possible first the equipment and weapons you need.
As perk deck, use burglar, it’s always the best stealth deck. The judge and cavity are the best stealth weapons in general and also for this map, on this map you will likely want to use the judge in the basement because there are camera’s there while using the cavity above ground as here the body push effect has no advantage and the Cavity’s bigger clip comes in useful. 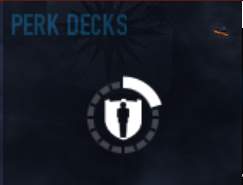 Drill skills are not required, I strongly suggest you take ECM skills and body bag skills though, the ECMs can be used to rush your way out which decreases the time you need to complete the heist.

Start off by walking off the stairs and entering the ladder downwards to enter the basement. 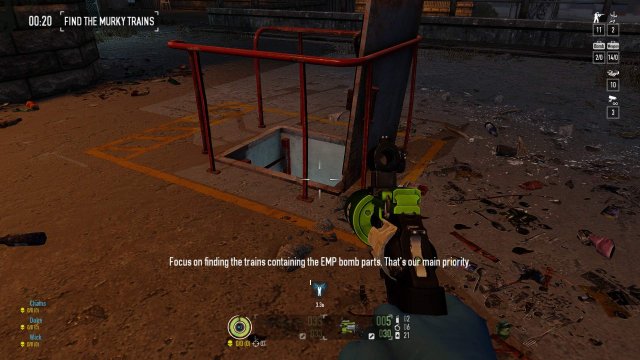 In the basement stay together and obtain all equipment hidden in it, it can spawn in the hallways with a civilian construction worker using it, inside the rooms and near the doors to the other hallways.

In total there are 4 types of equipment: 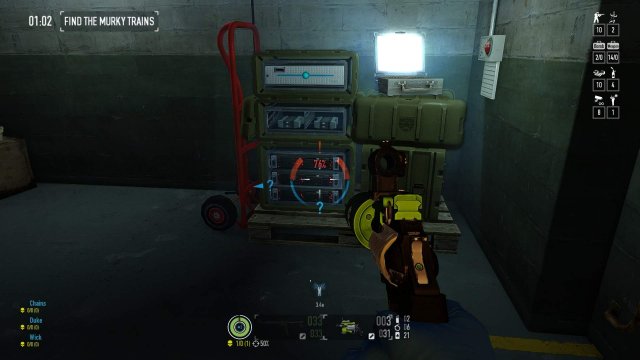 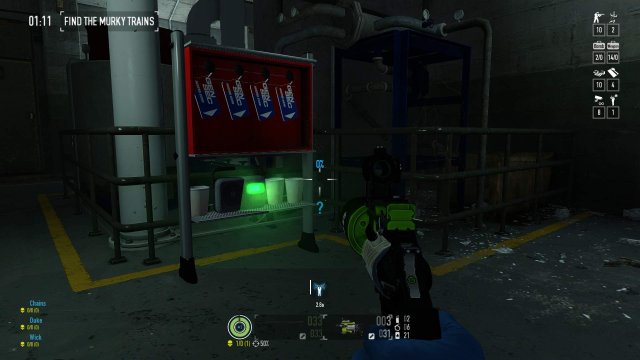 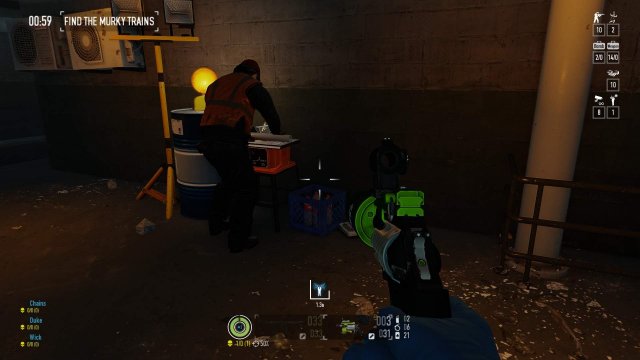 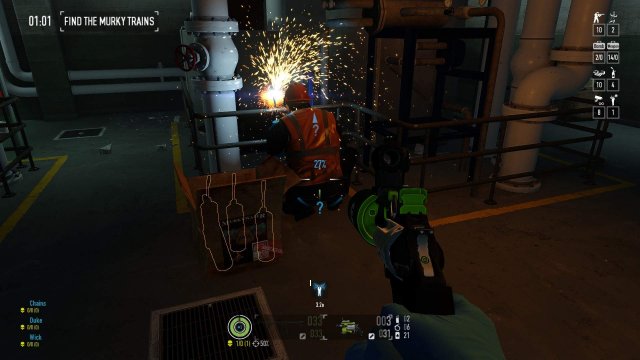 Both players/the player should obtain all equipment he can find in the basement so he/she/they don’t have to enter it again later and that saves time.

Leave the basement, if you are with 2 players, split up.
Go find the bombs, each player opens wagons which takes 2-4 seconds depending on the amount of players, you can hide yourself and bodies under the sides and ends of train wagons, do not attempt to shoot the drones, that will go wrong.

Above ground additional equipment not found in the basement will spawn, grab it if you see it but if you are playing with 2 then there is no need to both grab this equipment if you are not near, if you find a bomb you don’t have seen and have equipment for then ask your partner to get the equipment and take this bomb while you search and get the other.

If you find a bomb and you are playing solo, bring it along while searching for the other, if you play with 2 players wait till you are both at a bomb.

Having found both bombs you now want to escape, if the escape is near and you have enough ECMs you should ECM rush out as you won’t have to pay attention to the guards, keep in mind that you should have pager-blocking ECMs if you want to shoot down guards that attack you.

Ridiculously powerful loud oriented build that will make you question overkill ability to balance the game. ContentsForewordWeaponsSkillsPerk Deck and ArmorPlay Style? Foreword You found my PAYDAY 2 Rifle Build, but […]