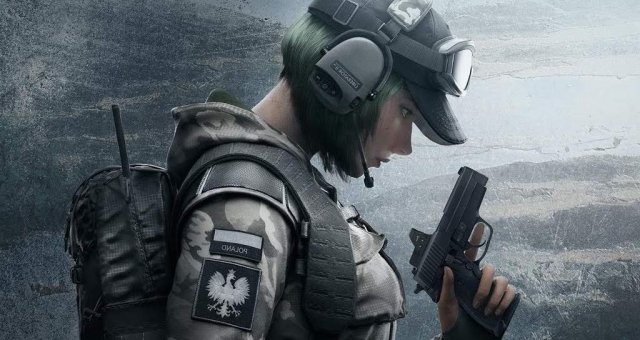 I’m a very experienced Ela main in Rainbow Six Siege. Starting in Operation Blood Orchid when she was released, I have primarily played her as my main and have the most kills of all US players. In my opinion, it is still possible to maximize Ela even after the multiple nerfs and changes to her kit. It just takes a bit more skill to use her Scorpion Evo and more premeditation and planning to effectively roam. In this guide, I will talk about her loadout, her playstyle, and how to be generally more effective as an Ela player.

The Scorpion is a solid with 40 rounds and and incredible rate of fire. What makes the gun difficult and somewhat unreliable is its unpredictable side to side recoil and somewhat hard up and down recoil. To best use the Scorpion, I recommend:

These attachments can create what is in my opinion the best and most controllable recoil on the Scorpion. The vertical grip can help to reduce vertical recoil, while the compensator can reduce the side to side recoil. This combination will reduce both types of recoil, most importantly the side to side recoil, allowing for better continuous and burst fire with the gun. The laser sight is based on preference, but I find that it can help out at hipfire ranges as long as you remember that enemies can see the dot and watch where you aim.

The FO-12 is an incredible semi-automatic shotgun with decent damage. The gun is really good at shotgun range and can be extremely useful for 1 v 2 or 1 v 3 situations at close range. Because it has a magazine, the shotgun can also be reloaded decently fast putting it above many other shotguns in the game. To best use the FO-12, I recommend:

These attachments are extremely flexible and for the most part are up to the player. This is merely a suggestion based on what I equip to the shotgun. I prefer the reflex sight because it offers the clearest FOV while aimed down sights. The vertical foregrip reduced vertical recoil allowing for better engagements in a pinch. This means you can hopefully engage multiple targets quickly without having to pull down as hard.

Extended barrel increases damage at longer distances meaning more reliable engagements. If you wanted to equip a suppressor instead, that would be fine, but on a shotgun it isn’t a useful attachment in my opinion because it reduces damage on a high damage gun, and makes a loud shotgun only slightly less loud. The postives do not outweigh the negatives in my opinion. Finally, the laser sight decreases hipfire spread, making it perfect for shotguns.

The RG-15 is a decent pistol. It hits with decent stopping power, and is one of the few to include a red dot sight. To best use the RG-15, I recommend:

These attachments make the pistol the most reliable if you fail to finish targets with your primary. The muzzle brake decreases vertical recoil allowing for more consistent shots while the laser sight decreases hipfire spread ensuring that you can hipfire with the pistol if necessary. Not to mention, the RG-15 laser is green, making it instantly cooler than all the other laser sights in the game.

In my opinion, the Scorpion Evo is the best primary attachment for Ela players. It can be extremely good in the right hands and can engage targets at long distances, while the shotgun doesn’t require much skill to use.

Both Ela’s barbed wire and deployable shield can be extremely useful. Use them to either fortify the objective for your anchors, or to create traps for yourself. An enemy pushing through barbed wire makes a lot of noise and can be easily flanked. An enemy vaulting over a shield must complete a vault animation and can be easily killed. Both can be extremely useful to Ela, but personally I prefer the barbed wire. Just make sure if you place it, you yourself try to avoid rotating through it because of the noise it will make.

It has been long since the days where Ela players could stroll down long hallways knowing that threat could be safely melted under an accurate laser of high damage bullets from distances of up to 50 meters. Now that Ubisoft has removed her impact grenades, taking out the possibility of easy escapes, and nerfed the damage, recoil, and magazine size of the Scorpion, Ela players must now think and practice their skills to compensate for reduced state Ela is now in.

The Scorpion Evo was nerfed in damage, recoil, and magazine size. As a result, Ela players must be more careful with their gunfights. When taking gunfights, try to position in closer distances. The closer the distance, the more shots will likely hit the target, therefore maximizing damage per spray. Because the Evo now has only 40 rounds in the magazine, every shot must count.

When engaging multiple targets, a hasty reload can get you killed. With the fast fire rate of the Scorpion, over shooting can happen often and be a deadly mistake. Making every shot count is extremely important to effectively using her, more so than other operators. If you can control her recoil, don’t be afraid to spray a target down at medium distances. If they aren’t looking directly at you, it will likely result in a kill. If they are looking directly at you, it will become a test of whether you can headshot them before they headshot or out damage you. If you cannot control the recoil on Ela’s Scorpion, you need to take gunfights that are highly in your favor.

See someone at long distance? Take a detour in their direction and attempt to close the distance. That way, the target is closer and you can maximize damage and hopefully put them down.

Because a lot of Ela’s aggressive power was taken away with the nerfs to the Scorpion Evo, to effectively play with her kit, you must now roam more passively and with more general map awareness. Early on in the round, try to figure out where the enemy team is going to enter the building. Flank around to these areas and try to pick off a kill or two. Even trading your life for that of an opponent, while unsatisfying, can do a lot to reduce the enemy team’s morale or generally create fear among the rest of their team. When roaming, try to utilize Ela’s 3 speed and fast firing gun to take short engagements that leave enemies either extremely low, are dead at your feet.

Players must become adept at recognizing what engagements to take, what engagements to modify, and what engagements to run from. Only take engagements where you feel comfortable spraying down a target if you need to, where you know you can hit the headshot, or where you have a massive advantage in some way. In some situations, an enemy will be just out of effective range, or you wont have the advantage. Do not be afraid. Just try to change the circumstances of the fight. Close the distance or flank to give yourself maximum chance of winning.

Worst comes to worse, just take the chance and hope for the best. You may win, you may not, but there probably wasn’t much to be done better in the situation. Lastly, the worst types of engagements are open firefights with no sort of cover or advantage for you to capitalize on. If you find a situation you don’t think you can possibly win, just walk away. Not every firefight is winnable if you don’t have perfect aim. Just know your limits and work around them.

Yes. While a lot of spawnpeeks require accurate long range shots, often on moving targets, it is not impossible for Ela players to spawnpeek. Just follow the same rules as roaming. Make unpredictable spawnpeeks that leave your teammates saying, “toxic”. Personally, I tend to avoid run-out spawnkills for the most part. Most run-out spawnkills require you to leave the relative safety of the building to take a long distance gunfight with a target over 50 meters away. If you do not hit the headshot, there is a high chance you will die. If you do decide to perform a run-out spawnpeek, all I can say is goodluck.

The Grzmot Mines that Ela uses are extremely strong gadgets. They can serve to both swing gunfights in your favor, or serve as information gathering tools. You can throw a mine above a common entrance point and then wait for an enemy to enter and become disoriented. Disoriented enemies are much easier to kill as the mine messes with their sensitivity, throwing off their aim. Additionally, you can leave a mine closer to the objective site to alert you teammates to enemies that could soon become immediate threats.

I personally recommend deploying 2 of the 3 at the start of the round, in places where they will be immediately helpful either as information gathering tools or as a way to score a free kill. Save one on you to be used in a gunfight. A Grzmot can be thrown mid-gunfight to quickly swing the fight in your favor and kill a target. It is a lot more helpful than you would think.

Rainbow Six Siege – All Cameras on New Hereford Base

All cameras on new Hereford Base. Other RSS Guides: Beginners Guide (Tips and Tricks). What are the Best Scopes? How to Survive the Apex (Outbreak). How to Play Jager. How […]

Rainbow Six Siege – How to Play-test Any Operator

I’m gonna keep this as short as possible to let you at least know how every operators work. Don’t expect any in-depth stuff from this at all. This is aimed […]