This guide shows examples of a complex luggage handling system in SimAirport.

My SimAirport has 12 ticketing counters that are close to each other. In addition, I currently have seven operating gates. I thought I would explain my setup so that you could better understand how to set up your own luggage system as it took a lot of trial and error for me. Luckily my airport made enough money that I could continue playing around by adding and deleting things. 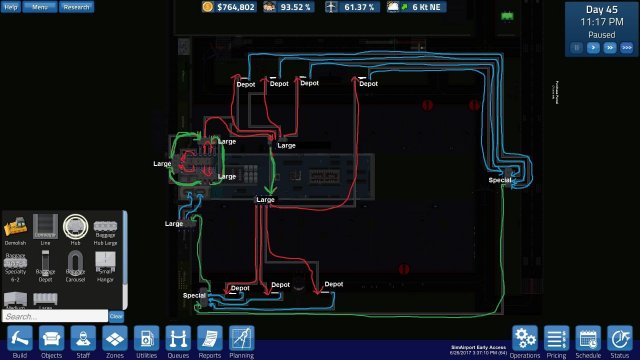 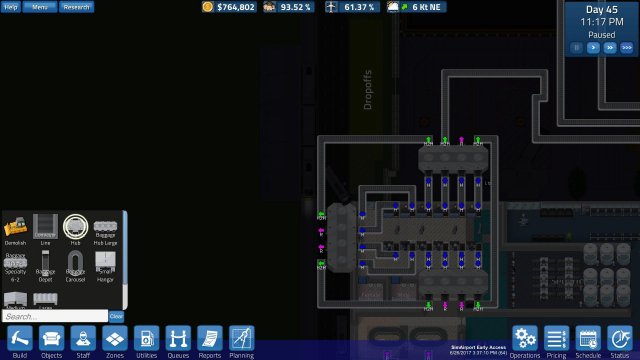 This shows one of the three large hubs from the ticketing area connecting to the first large hub for distribution to depots and other hubs. 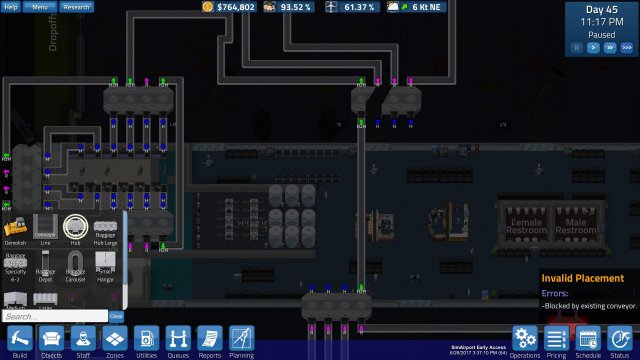 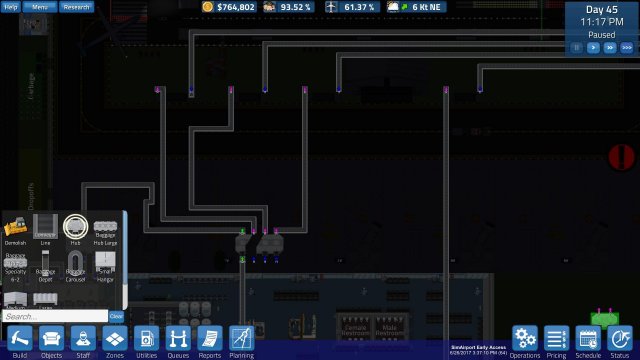 This is the second large hub for distribution connected to the one from the last screenshot. 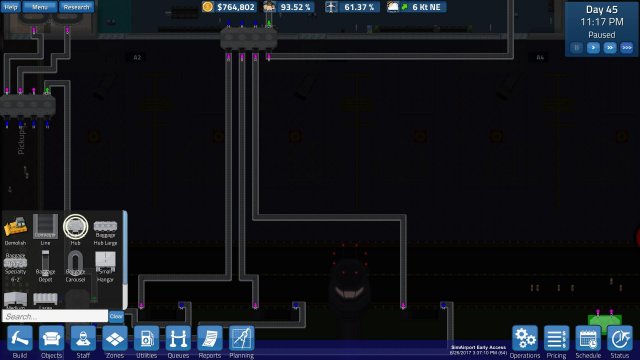 This highlights the return flow from four depos to a special hub (which connects to another special hub via the belt going down the bottom right of the screen). 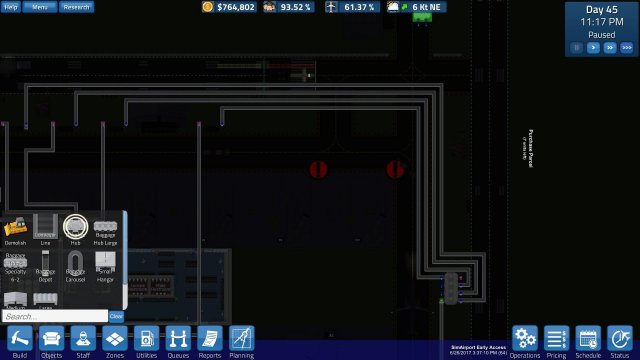 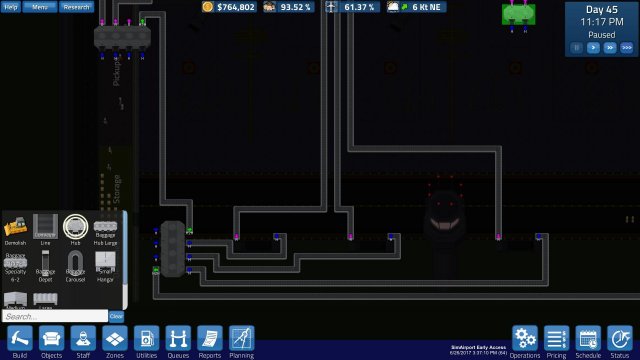 Lastly, here is the final large hub that receives feed from the second special hub and distributes it to two baggage claims. 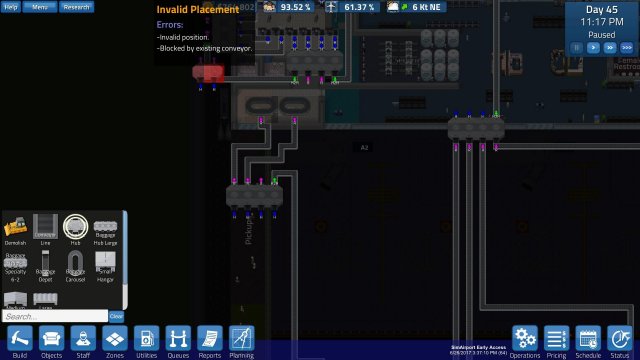 The main thing that is confusing in all of this is that hubs connect via the same color; rather than intuitively connecting arrows in a certain direction (out one hub, in another), you have to connect them such that they are clashing. In reality, the game recognizes it’s a hub to hub connection and turns it green for multidirectional.

The other difficulty is that parallel conveyer lines must have one blank space between them. This means you have to be very generous with space when working around them!

SimAirport – How to Get Unlimited Money (Cheat)

This guide details how to modify your savegame to modify your bank balance quickly and easily! Other SimAirport Guides: How to Make a Profitable Airport (Making Money). A Complicated Luggage […]

SimAirport – How to Make a Profitable Airport (Making Money)

Through trial and error, I figured out how to make an entertainingly profitable airport in a couple of days, with no cheats or modifications. If you’re new to this game, […]