A simple guide to import symbol arts from other versions if you have played the old NA Version from Microsoft Store or the Japanese version. or you simply want to import a cool SA you found online.

If you ever find yourself in the need of importing your Symbol Arts from previous versions of PSO2 before Steam, or you find a cool Symbol Art online but you don’t know how to import it in the game, this is the right guide for you!

First you need to locate where your pso2 folder is.

Go in your Documents folder and look for the SEGA folder, the following folders will appear:

Choose the folder where your Symbol Arts are saved and look for the symbolarts folder.

In this folder look for user, and inside of it you will find folders with a series of number.

Inside of them there are files of the symbol arts saved in your character.

I don’t know how you can recognize your character’s folders if you have more than one, so the best bet is take a random one.

So, for a quick recap the location for your Symbol Arts files is DocumentsSEGAPHANTASYSTARONLINE2[NA/_STEAM]symbolartsuser[Character folder]

Now the process is really easy, just take all the .sar files from your character folder and move them to the import folder, still found in the symbolarts folder, of the Steam version.

This process can be done even with the game running in background, so there is no need to open and close the game multiple times.

Here’s a quick gif for a better understanding, here i’m taking my symbol arts from the Japanese version and moving them to the Steam version.

Remember you can move only 10 files at once, you have more than 10 symbol arts that you want to move be sure to import 10 slots first before adding more (obliviously Premium accounts with more slots can import more than 10, assuming they have them unlocked).

Saving Your Symbol Arts in the Game

Once you are done moving your files, open the Symbol arts and go to “4. Import” tab. 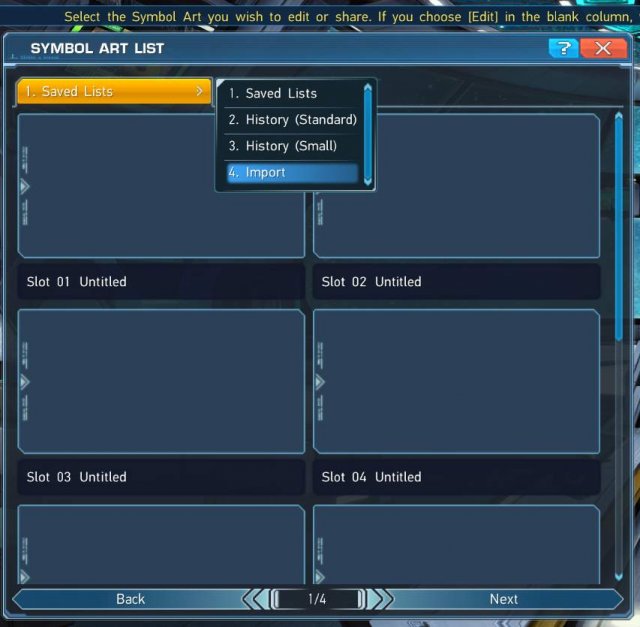 Simply click “Import” and you will see all your Symbol arts from the character of the Japanese/Win10 version! (japanese version in my case). 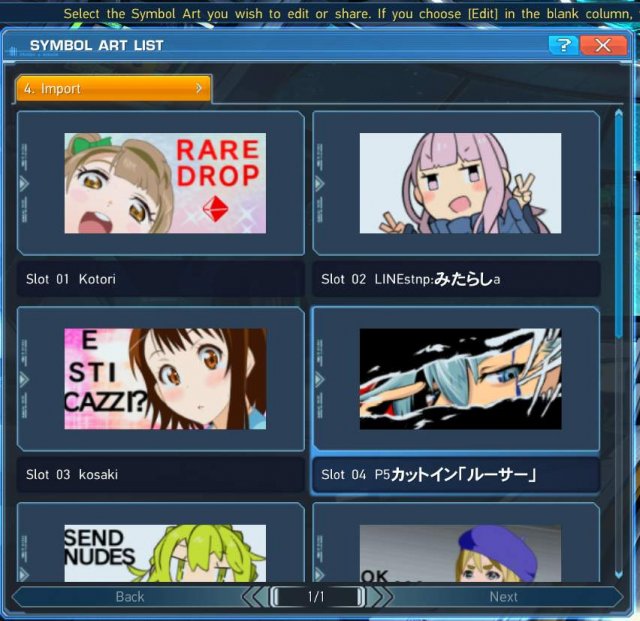 Now all you need to do is save them in your character’s slot and you are done, now they are ready to use!

For a quick recap, whenever you find a .sar file from other versions you have played or simply found and downloaded them online, just put them in DocumentsSEGAPHANTASYSTARONLINE2_NA_STEAMsymbolartsimport and import them in game, really easy right?

Many users think 4K resolution on PSO2 is exclusive to Xbox One X, but that’s not true at all. It’s actually just a bug in the PC version that doesn’t […]

A small treatise on why those BP Gates even exist and why the game isn’t nearly as complicated as the forum would have you believe. ContentsBP Gates and Avoiding Skill […]