A guide about the three Furies in Hades, and tips on fighting them.

Megaera is the first Fury that you will encounter on your playthrough. Hell, her title is even “First of the Furies”. You can find her in the House of Hades from time to time, but that’s not what I’m here to talk about. In my opinion, she’s fairly easy to beat. Feel free to scroll past this segment if you do not need tips on beating her.

Upon fighting her, Megaera has two attacks that she uses against you/Zagreus.

Lunge Meg charges directly at you. Can be easily avoided as long as you remember to dash.

Whip Whirl: Meg whirls a whip in a circle around her. Can also be avoided by dashing.

There is a brief delay in both of these attacks, providing a short window of time to deal damage. However, I believe that she is invulnerable while charging up Whip Whirl. You should be fine with attacking while she charges Lunge, so long as you face away from where she’s charging.

Once you get her to around 3/4 of her HP, she will start summoning enemies to help her, specifically thugs and witches. Megaera will summon more wretches for every quarter of her health taken. While summoning Wretches, she is impervious to damage.

After this point, she will gain access to one of two attacks. 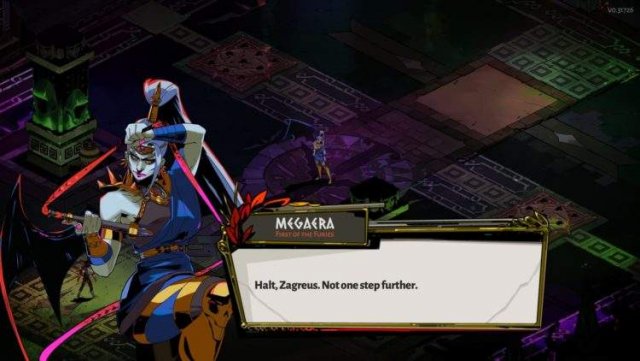 Alecto is, canonically, the most feared amongst the Furies, and for good reason. However, she’s less of a threat once you know what to do.

Alecto, much like Meg, has a couple of attacks. Unlike Meg, however, she has a bar titled “Rage”. More on that later. For now, here’s the attacks Alecto starts the fight with.

She can also summon Louts, though only 1 or 2 at a time.

Rage and How It Works

As mentioned, Alecto has a Rage meter that fills up overtime, usually during her Blood Volley attack. Once this is filled, she becomes invulnerable to damage for a moment, then activates Rage. Her movement speed and attack increase, and all of her moves are unlocked, regardless of her current health. Lunge and Whip Arc now shoot out projectiles. Once the bar is depleted, everything goes back to normal.

Once she reaches around 25% HP, she will go into this state until you either kill her or die. 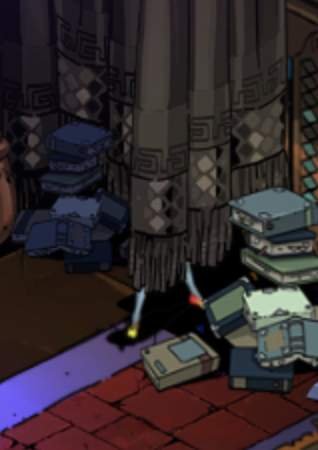 Tisiphone is by far the hardest of the three, at least to me. Still, I’ll try to give some tips I compiled.

Tisiphone’s initial moveset is unique in that not only do all her attacks include her Whip, but she does not summon enemies to aid her.

For every quarter of health she loses, Tisiphone will shrink the arena you fight her in. While doing so, she becomes invulnerable to damage. 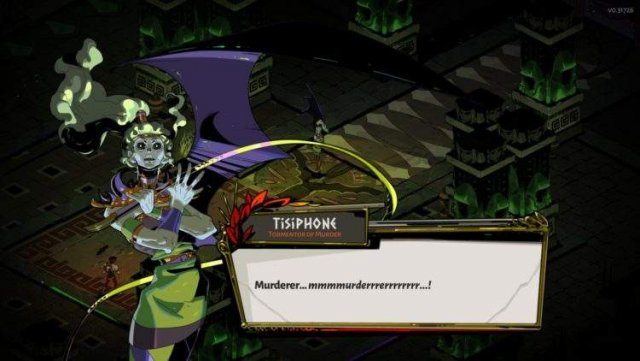 Disclaimer: Most of the information in this section was provided by one Big_Bad_E, with only a few tweaks here and there. I haven’t gotten to this point yet, so this section will be a work-in-progress for a while. This section may also contain spoilers for Hades’ postgame. Please be aware of that.

That being said, let’s begin.

Once you enable Extreme Measures from the Pact of Punishment, the other Furies will assist whichever one you’re fighting on that run. Usually only one of them will help out (whichever one assists is randomized; you may have Alecto and Meg on one run and Meg and Tisiphone on the next, for example). However, there’s a chance for all three sisters to be present.

Can also cover the battlefield in a dark greenish fog, making it hard to see anything (the boss is barely visible).

This requires the aspect of Arthur holy excalibur. Disclaimer: This is not for new players or beginner players. This guide requires the players to have played the game well enough […]