The ultimate guide for the Cayo Perico Heist DLC including the heist, secret weapons, the submarine and all the cool things, we finally got.

Welcome to the ultimate guide for the Cayo Perico Heist DLC, as published on Dec 15 2020. The newest heist is one of the most complex and stunning adventures yet and I am happy to share my knowledge with you.

For an overview, these are the new features: 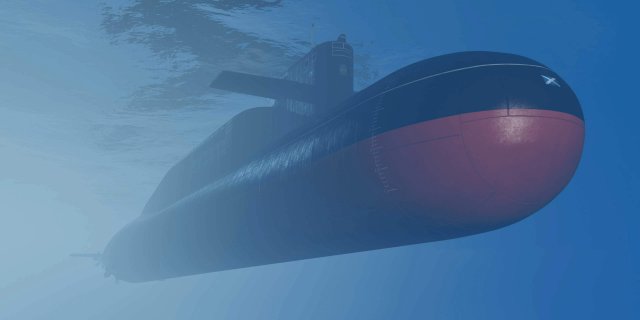 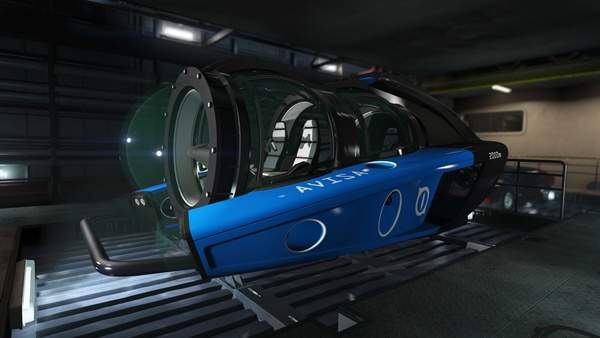 To start the heist you need to meet Miguel Madrazo in the VIP area of the Music Locker below the Diamond Casino and Resort. After buying the submarine you can start the scope out mission.

Then you have to do setups for the vehicle, the weapons, the safe code or the plasma cutter, the fingerprint hacker and optionally the blow torch or the explosives depending on what you did first and where you want to enter, destroying the weapon delivery, destroying the buzzard delivery and destroying the armor delivery.

The setup missions do not have a huge variety and can be done quickly and easily with the Sparrow. The scope out mission may be the hardest part of the heist, as you do not have any weapons and you need to travel the whole island, if you want to find many helpful things.

You get the first half of points automatically while doing the first scope out mission, for the second half I made a map where they are. You do not need to photograph the drainage tunnel, it is sufficient to simply dive around behind El Rubio’s Mansion.

Note: The 4 exfiltration points equal the infiltration points, so you do not need to photograph them. The Compound Points are located automatically by looking at every camera image available. 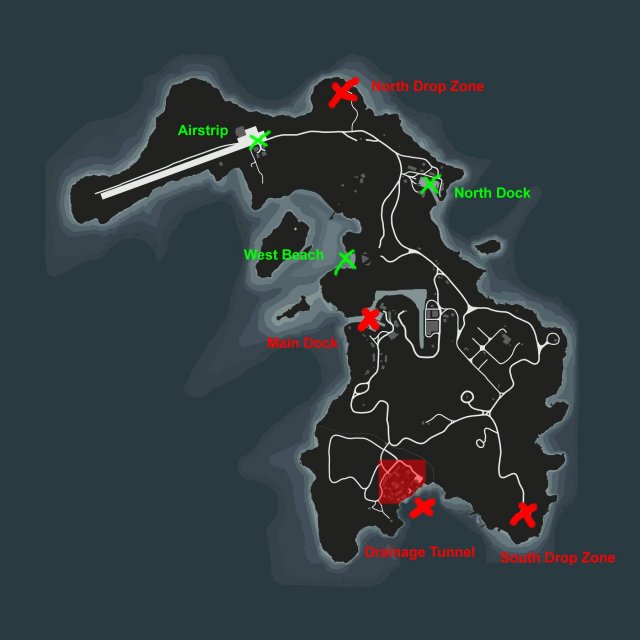 Points of Interest and Extra Loot

You can find extra loot between 20 and 30 units, and there are some points of special interest for the mission.

I also made a map for that, but bear in mind that you can only give approximately locations, as the equipment will always spawn at random spots.

Note: You always need only one spot of the extra equipment for the whole crew, so do not waste time looking for more hooks, uniforms etc. Extra loot cannot be carried completely so priorize the valuable targets such as cocaine and gold. In a solo run you can only grab the main target and some cocaine, as you need two keycards activated for the gold. You could grab art in El Rubio’s office, but as cocaine is worth much more, why would you do that?

These are the approximately locations for extra loot and extra equipment: 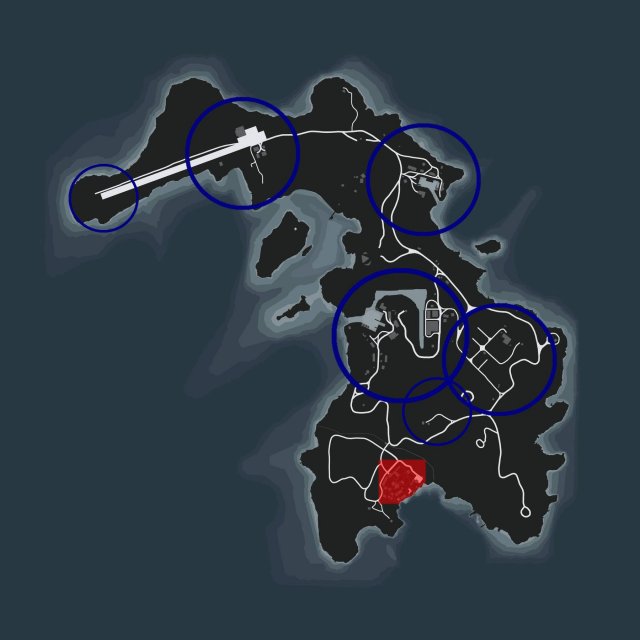 To simplify things keep looking for spots looking like this: 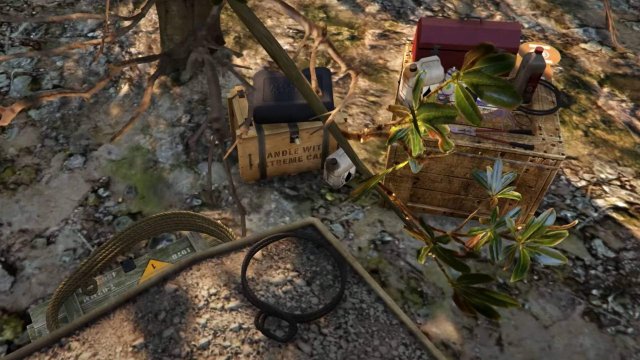 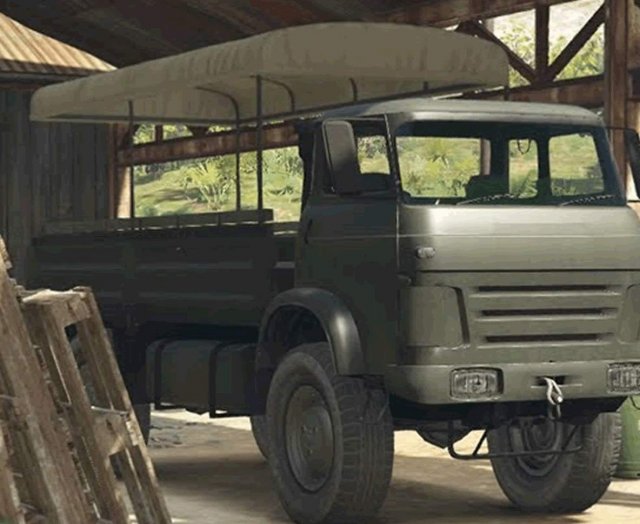 The loot is on tables behind a gate, so keep looking for little sheds and buildings.

The heist itself is not that complicated and can be done easily with some practice. The easiest way may be going in by plane. Then it depends on your type of run:

You need silenced weapons and you should go at nighttime. Go to the airport and take out the power station and the air defense system if you like. You need to do that to use the additional support options. Shutting power will take out cameras and lights (reduced guard sight) until you enter the mansion.

Suit up with guard uniforms and enter the mansion with the supply truck. Simply loot and take out guards if needed until you exit by grappling hook or through the main door (yes, they will not notice it).

You should have done the blow torch prep or collected a bolt cutter, otherwise you need to blow up the doors, which obviously is too loud. On the way back watch out for guards and collect the additional loot if not done already.

As mentioned above, focus on the main target, then gold, then cocaine, then the rest.

Do not forget to open the safe in the office next to the desk. It contains cash, a weapon and a health kit.

Apart from the Military Rifle there are two other weapons hidden inside the DLC:

That weapon can be found during the heist. You need to pick it up while being in the mansion. These are all possible locations: 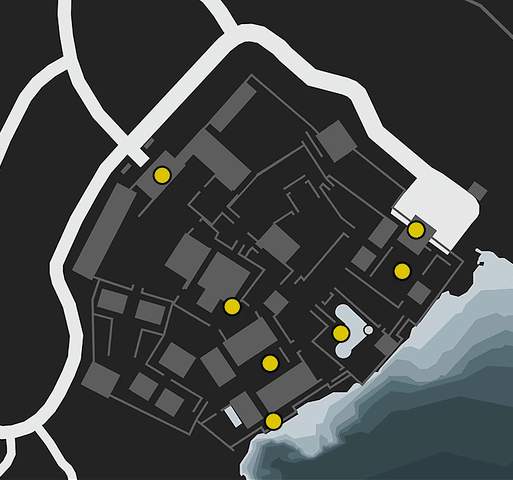 Keep in mind that only one person can pick it up. If more people want to pick it up, you need to die and restart from the last checkpoint.

That weapon is more complicated to obtain. You need to find a sleeping guard of El Rubio’s army in Los Santos. He has the key for the secret drawer in El Rubio’s desk in his office. He also drops $7007 cash, which obviously is a reference to James Bond 007. These are the locations where he can spawn: 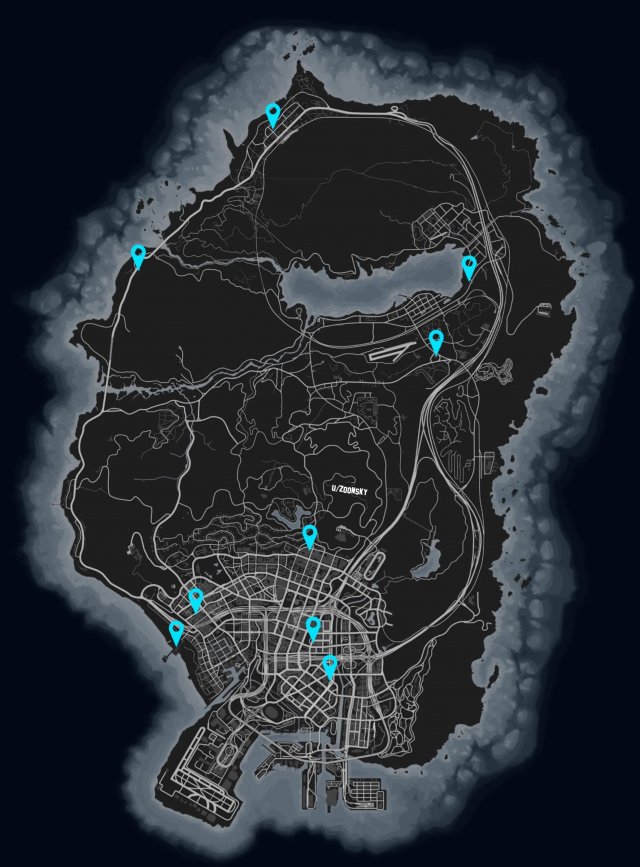 It is luck, nothing more. You will notice a blue dot on the map if the event spawned.

With the key you can open the little drawer in the desk at the office. 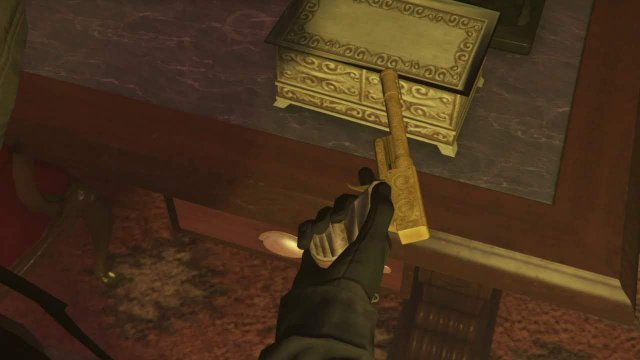 The 10 antennas you need to find for the Still Slipping Radio Mission are scattered around San Andreas. You will notice a buzzing noise if you are nearby. 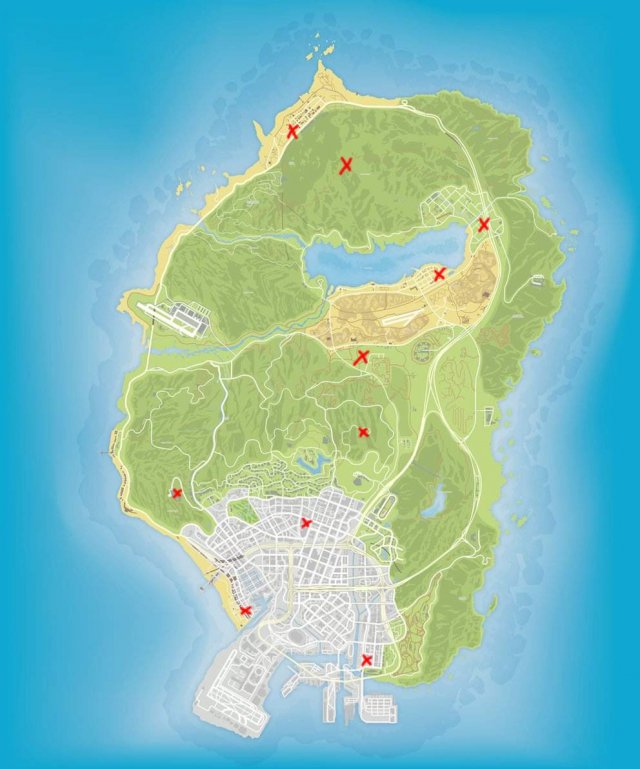 I thank you for reading and may enjoying this guide.

Welcome aboard, cadidiots! In this short video I’ll demonstrate you both the advantages and disadvantages of the newly added aircraft -B-11 Strikeforce. Other GTA 5 Guides: 100% Completion Guide! Beginner’s […]

This guide will help you how to find 10 movie props in this Los Santos Summer Special update. ContentsAll Solomon Movie PropsFilm Reel (Outside Solomon Richards’s Office)Awards (Inside Vanilla Unicorn […]