The medics primary focus will be on supporting the team by keeping everyone alive. Its not a bad idea to have a couple of medics on the team. You will need the support of your teammates to stay alive. It is not recommended for a new player to solo at all with this class. Many games the team will spread at wave 1 to get objectives. Medics should go with whoever is going tot he main objective. stay withing sprint range of them and loot stuff, or tackle the main yourself. I don’t like doing that as medic because you could look up and they got distracted by a shiny and are no longer in place to support you. 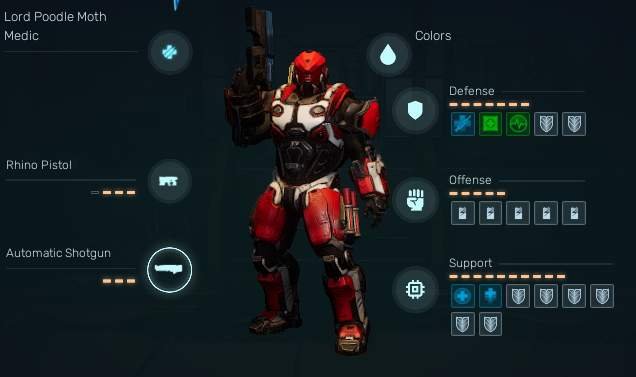 The basic medic is able to do all the things that an advanced medic can, just not as well. Some more experienced medics will scream at me for not having cleanse ailments to which i will tell them to make their own guide. If you feel that strongly, just remove First Aid and add it. There, easy, Some people (even myself) will scream because there aren’t 4 skills, but basic medic doesn’t have 4 skills i can recommend taking. go with 3 and get the extra armor. As soon as you unlock heal drone i would add that to your bottom list. or chem bomb added to your middle list if you want more offense stuff. 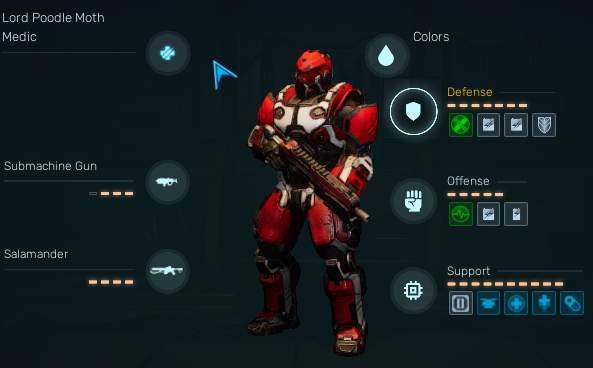 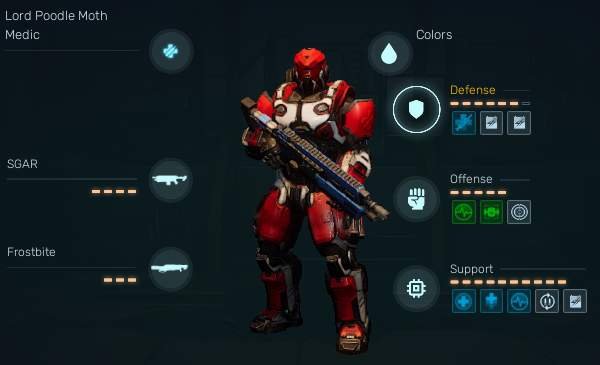 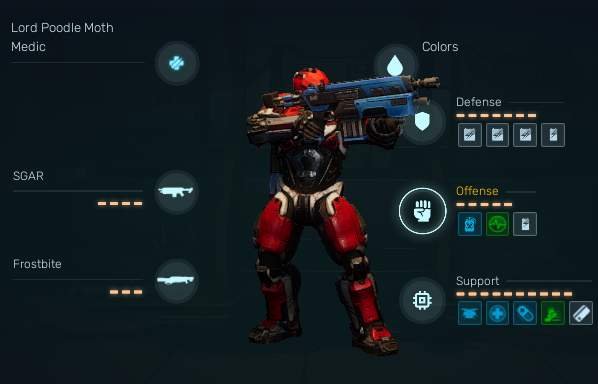 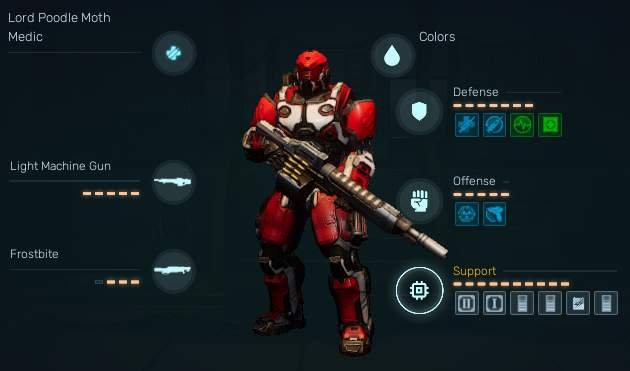 This is paticularly good if you know your team is going to use a lot of energy. It can buff the regeneration of energy for the entire team to about double when your on the move. HP regeneration and MV Speed make this a classic choice for a second medic.

Nice low point low investment skill that you can use to make your team run faster. If you slow mobs behind you then its easier for the people in the rear to catch up. This skill requires a very HIGH level of team coordination to use effectively and only gives you a moderate return for investment.

AKA Tank helper. It does a burst of damage to clear trash mobs and lowers the damage dealt by the big baddies. Due to cool down you have to build your medic around this skill if your taking it because your going to want 5 points into it.

I don’t like this skill, but you can play pokemon with it or something.

This takes some skill to use properly, Basically you run around and hit green icons on your screen, then pop your active skill on a boss to make it easy to gun down.

This one makes monsters take more damage after being scanned. great support skill.

It uhh, heals? And your playing medic? why is this not on you?

When you really need to reach out and touch some one to save their life.

This one is interesting. You can cast it in front of you when trying to run through biomass. I see it having some decent applications for high infestation games but its not something you would take with a game with little / no coordination.

Instantly gets your buddie up. If a tank or a critical damage dealer goes down, this could be useful. most of the time its high energy cost makes it a bit restrictive for primary medic.

I like this but most of the medic mains i play with do not. Its kind of a cast and forget skill. I tend to leave it on the tank most the time. not the greatest healing but its heal over time is pretty useful cause i don’t have to think about it.