A simple guide to reliably catching enemy ships as they move from city to city.

How to Plot an Intercept

Not much to intro, it’s pretty simple! If you’re familiar with stuff like Silent Hunter 3, mostly all of the same tools exist, though the lack of a stopwatch adds a bit of guesswork to your initial approach. The game’s not as precise as Silent Hunter 3 either so this isn’t really an issue. You’ll just need to get a bit closer before you find your precise intercept.

Primarily you’ll be using this against enemy transports, which usually don’t seem to have IRST or good situational awareness and will let you into visual range without reacting.

The only math you need to do is multiplying a three-digit number by a decimal, the rest is all just drawing on the map.

There is an element of luck and randomness to this. I’ll go through the full process from radio transmission to visual range, but you’ll often catch an enemy on infrared or even visual range without an accompanying radio message. Nothing changes in the process, you just start at a later step.

I’ve gotten pretty lucky with this message. The message indicates transport group BURAN is heading east. Likewise, the yellow source arrow attached to the envelope indicates the ship came from Karkemish. So I’ve drawn a line from Karkemish east along the flight path. Easy. 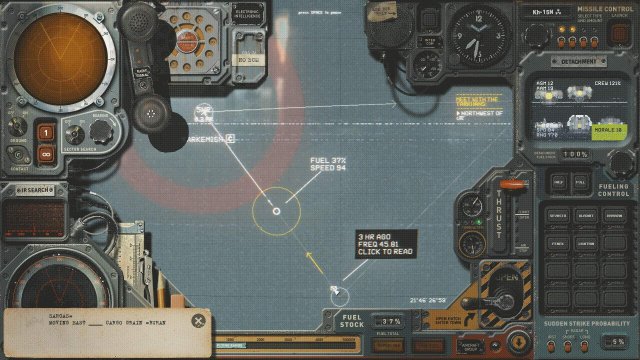 This is right outside Uruk so there’s no real risk of enemy ELINT, but best to build good habits. Using the sector search dial, I sent out a few radar pings in the rough direction of BURAN and spotted him just NNE of me, north of the predicted flight path. 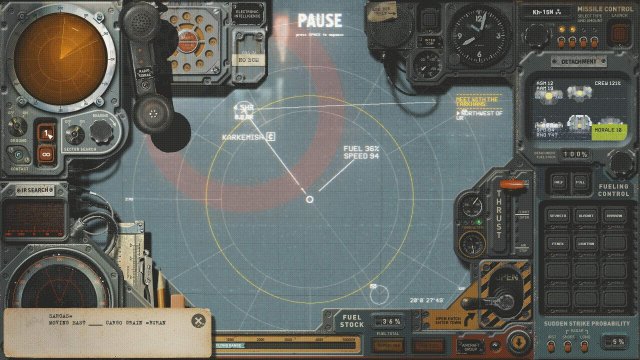 I marked his location with the pencil tool. Here’s where some guesswork comes in. It may be possible to use the clock in the top right to determine enemy speed with timed radar pings, but it’s not really necessary. I put my lightning in a detachment and sent it roughly ahead of BURAN. Just eyeballing it. 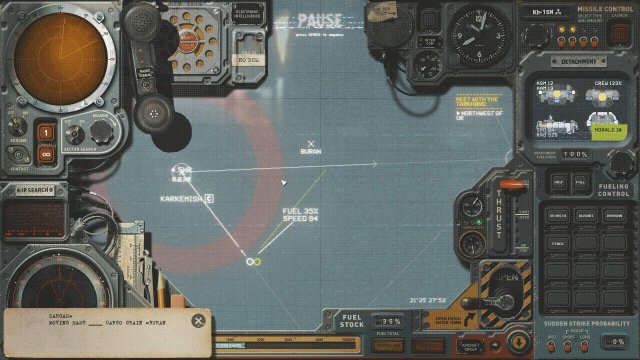 Sure enough, BURAN is now in visual range and we’ve got his speed and heading, so the rest is easy. 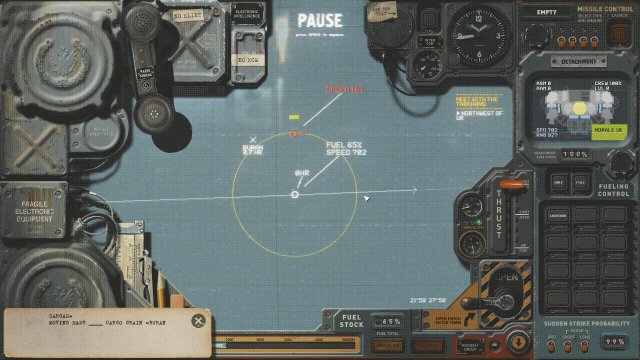 I use the ruler tool to draw a line starting on BURAN and following its heading. 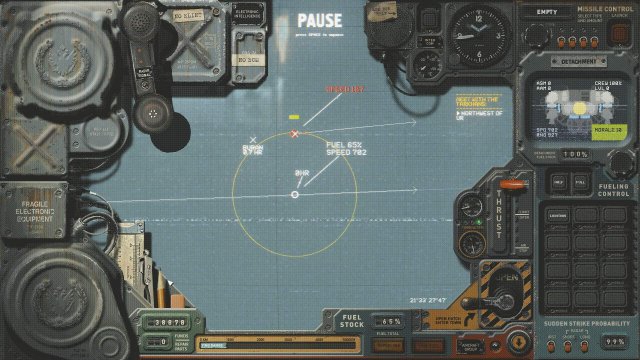 Again, a bit of guesswork comes into play here since the game only tracks time to one decimal. I draw a line out and see most of the ship’s course is reachable in .1 hour. The mark in the screenshot is at the border of .1 and .2, so anything left of that point the lightning will reach in less than .1 hours. 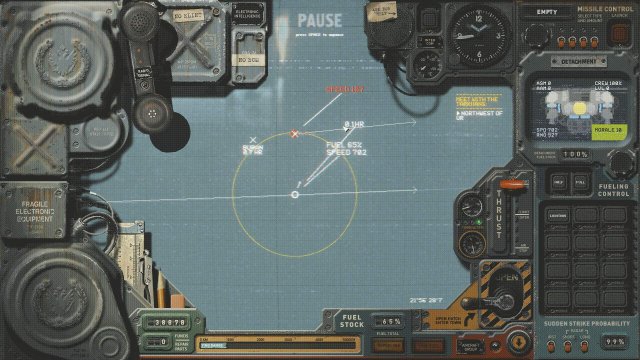 BURAN’s speed is 107. In .1 hour it’ll travel 10.7. So I take my compass and draw a circle out to 11 KM, centered on BURAN. Then I set my lightning to fly to the point where the heading intersects the circle. This is the same whatever speed and distance you’re looking for. If the target is going 250 km/h and you expect to intercept in a half hour. then draw your circle out to 125 to see where it’ll be. 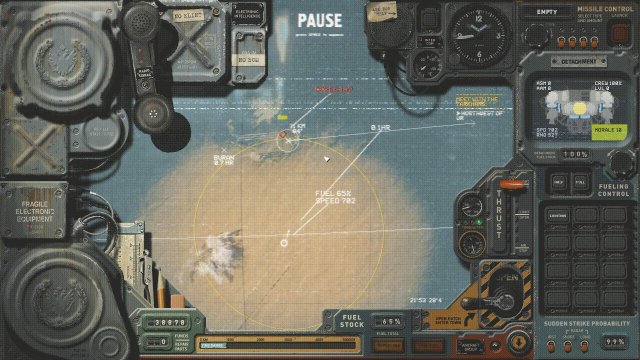 The lightning reaches its destination directly on top of the enemy and engages it. Now you just have to win the fight. 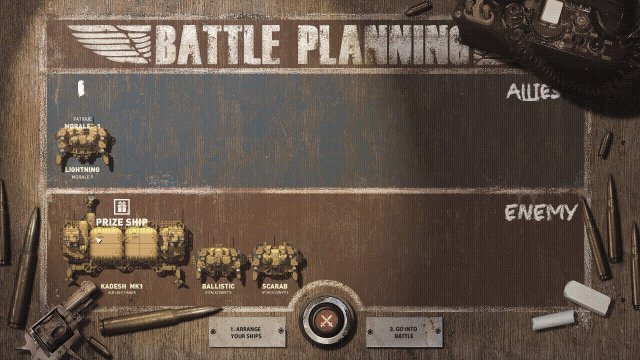 In this case this was all a bit unnecessary, since the lightning is seven times faster than the convoy and will easily catch it no matter what. Later in the campaign and at more oblique intercept angles this process is a lot more useful.

HighFleet – How to Destroy Each Armored Ship (Easy Method)

How to instantly kill most scary ships with AP shells, or how to destroy each ship in the most expedient way with HE if you’re too poor or stingy to […]

After some experimentation I think I have figured out the Sudden Strike mechanic, as well as what the CHANCE numbers in the ship editor mean. ContentsHow Sudden Strike Mechanic WorksSudden […]