I will be teaching you how to S Rank Evil Elementary flawlessly!

To S Rank the level, you will need to complete these objectives:

It may look like a lot, but don’t worry! This level is pretty dang easy if you know what you’re doing. 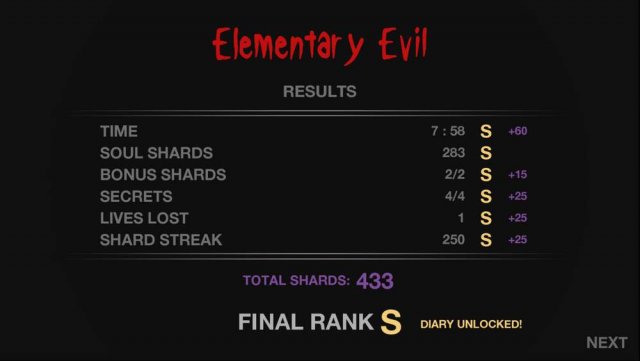 Here are the powers that will come in handy when S Ranking the level.

This will then trigger Zone 1. 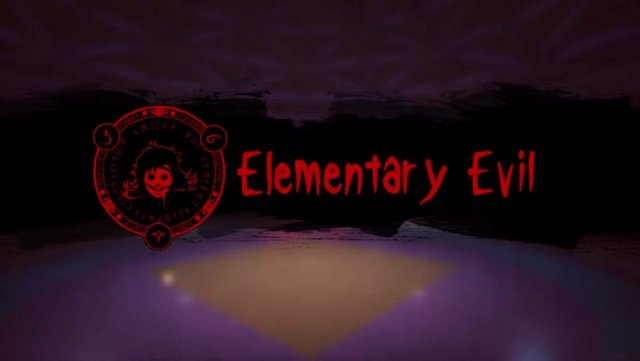 This Zone is really easy to do. Just stay away from Agatha and quickly collect the soul shards. Make sure to grab the Enemy Reveal Location shards too! You can see Agatha using telepathy and plan her attacks. As soon as she spots you, use primal fear to stun her then run as far away as you possibly can. This decreases the huge risk of dying rather than just running and hoping for the best.

You must also collect all the secrets in the Zone. (3 to be exact! Memory room doesn’t count as a secret.) The secrets can be easily found on your mini map. If you see a big bump in the map and there’s a door there, open it to collect the secret. Collect all the first 127 shards to proceed to the next Zone. 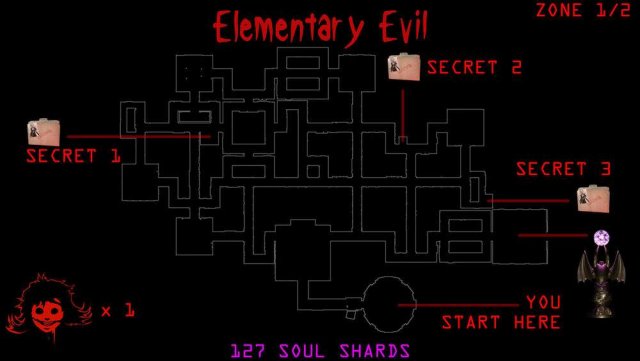 After collecting the first 127 shards, quickly make your way to the other zone by heading to the playground. After waiting for Agatha’s little cutscene to end, speed boost your way into Zone 2 and start collecting the last remaining shards. Use the same strategy from Zone 1 to this Zone. However, this Zone might get a little tricky as Agatha can teleport to random spots to make a surprise attack. Keep using that telepathy, primal fear, and be on your guard! Now for the secrets, lucky you! You only have to collect one.

You eventually come across it as it is located around the lower left hand corner of the map. (Keep in mind the big weird bumps in the map! Agatha’s hiding place doesn’t count as secret but an achievement.) After collecting the last shard, RUN. You want to save time and that Zone probably took a huge chunk of it. Keep the Primal Fear ready in case you come across Agatha. Collect the Ring Piece and keep heading foward until the escape doors close to trigger the ending cutscene. 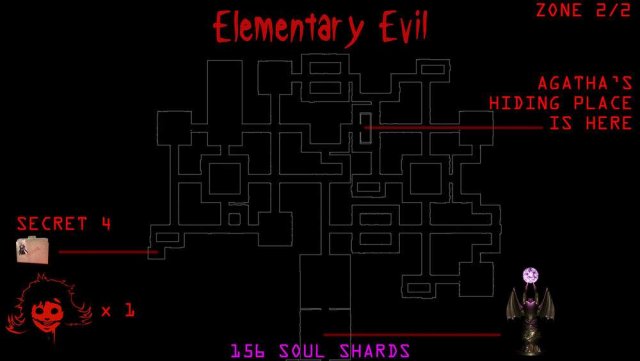 After Agatha starts to blabber on and on about being a bad friend, head to the doors from the opposite side of her. These will be the doors that lead to the end portal. After hearing Malak say, “Give that back to me mortal,” quickly run through the doors you are at and make a beeline to the auditorium. Be careful, as there are fake portals scattered across the maze.

Touching one of these will summon Agatha to your location! These portals are relatively easy to avoid luckily, as they don’t appear in the path to the auditorium. Speaking of paths, zoom out your mini map (press z) and take the longest route to the auditorium as Agatha will block the shortest route.

Make sure to use speed boost to quickly evade Malak. Enter the auditorium and go to the exit. Agatha will block but Bierce will open it soon. When Bierce opens it, get to the portal as fast you can!!! As soon as you win the level, take a deep breath and appreciate that you S Ranked Elementary Evil. 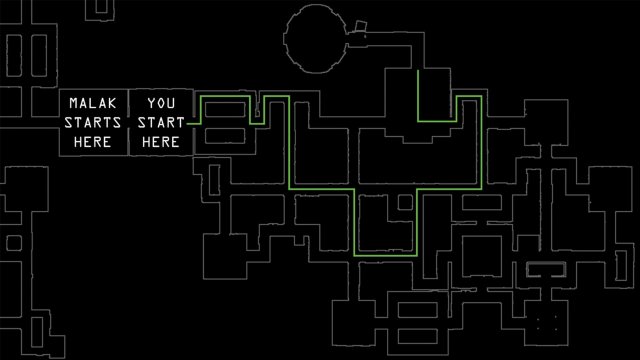 Zone #1 Here it goes. You get to the first part of the school. It contains four secret rooms with extra content. You can see all the extra content in […]

A detailed Elementary Evil Guide provided with advanced maps. In here, I’ll give you some tips on how to complete the level more efficiently and maybe even score S rank. […]