A laser shooting sword! MLGS is intended for true weapon loyalists. Any meta is beatable with skill and knowledge. The MLGS is a weapon that is easy to learn but hard to master.

Charge strong attack to its limit to unleash moonlight wave.

Oceiros, the Consumed King, was infatuated with the search for moonlight, but in the end, it never revealed itself to him.

Draw sword back and thrust to unleash torrential moonlight. 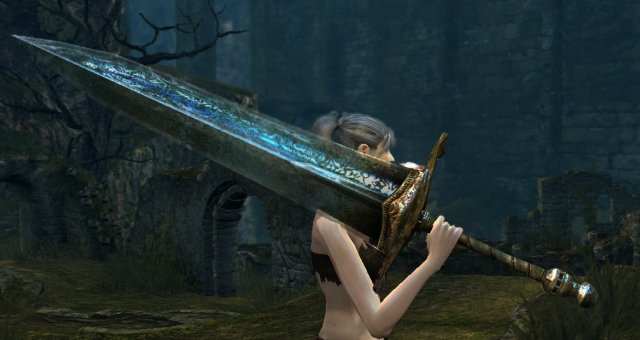 The MLGS is a great weapon for a sorcerer build as it’s one of the only solid weapons with pure scaling in INT. MLGS is a very all-round weapon and one of the longest range Greatswords in the GS class. It has insane range on it’s r1 and good hyperarmor.

The latest DLC patch buffed GS’s attack animation, so your R1’s are even stronger now!

Build main stat: 50+/60 INT and minimum stats required to wear the MLGS. You can drop the rest into Vig/End

Reasoning: The weapon purely scales off of INT as this is where most of the damage comes from. The weapon deals magic damage in it of itself. 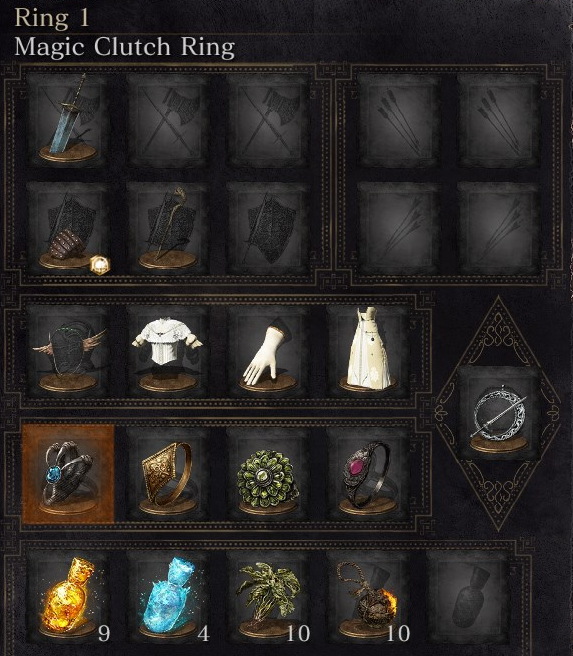 You usually wanna bait your opponents overextending with R1’s. Slower moving spells, such as deep soul, are good for tricking opponents into rolling towards you because of their slow speed to then proceed to R1 them in the face. If you hit someone with an R1 the second one is guaranteed so dont be afraid.

Affinity is another good spell to carry with you as it’s a good spell to backdash into your opponent unlocked and then hit lock on and doing a R1.

One handing the weapon provides you with a R1 that is great to catch rolls with as it as good tracking. The R2 Green beam projectile is a charged beam attack with decent AOE to it, the R2 is best used as an okizeme tool on your opponent’s wakeup. Charging it unlocked then aiming and predicting which way they are going to roll on wakeup. Also if your opponent keeps running to you and/or rolling try to catch him off with a charged R2 or a charged L2 battle art as this will hit him if hes anywhere near you *Note in mid animation of the R2 you can unlock and aim it around so if hes anywhere around you in an 360 angle he will get hit as long as you can aim. You can also cancel the R2 animation just as the green beam starts appearing and swinging the weapon to bait parries and/or mixups.

When dueling always play defesive and get your spacing range and timing start ups down. Try to catch them out with r1s and always get the second one if the first one hits. For players not good with parrying* I recommend just keeping your distance to the very edge of your r1 range.

With the 60 int we are able to get to white dragon breath, this is a fairly good spell does decent amount of dmg and its a linear spell so if they roll towards or away from you in a line they will get hit. Farron flashsword is also a very good spell for last hitting and does decent damage, remember it can be parried!

In Dark Souls 3 Estus Shards are Consumables. They use for increasing your Estus Flask capacity and number of its usages. You have to go to Shrine and give it […]

All types of melee weapons in Dark Souls 3 you can get as rewards, find or create from the souls of the bosses. A lot of players in this game […]