A short, step-by-step guide on how to make easy money in Shornhelm, Rivenspire. There are other ways to earn money, and other places in the town for you to rob, but this is how I usually do it. 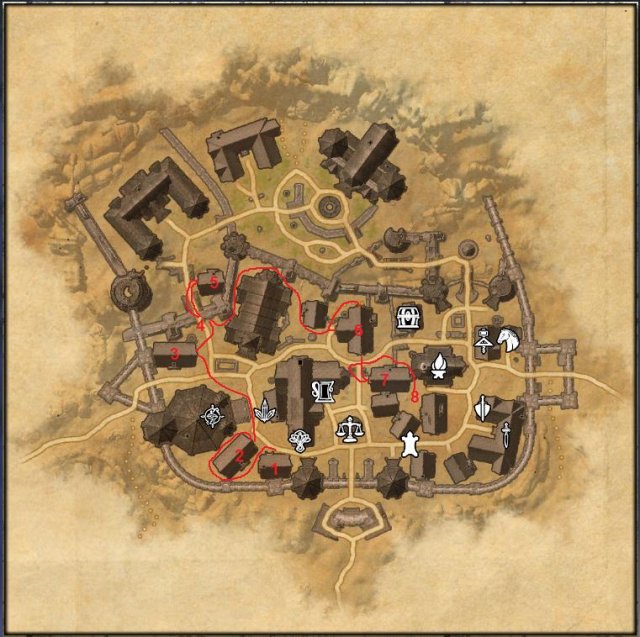 This guide requires you to have the Blade of Woe skill from the Dark Brotherhood DLC, and preferably a few points spent into the Legerdemein skill line. It is possible to complete this without getting caught by the guards, even if you have a bounty.

If all goes according to plan, this will only take you 15~ minutes, and you’ll get 4000-8000g worth of stolen items, not counting you laundering goods or selling rare recipes. By the time you’ve sold the loot, most houses will have been reset. If not, just fast travel back and forth once. And if you still have a bounty on you and don’t want to pay to get rid of it, the second entrance to the Refuge let’s you escape to beyond the city wall to the east, were you can find a safe wayshrine to use.

The Elder Scrolls Online – Tips for New and Old Players