A small pamphlet wrote His Majesty’s Ministry of Truth to inform the masses of the Current Air war the Empire of Cytringan is facing daily, including detailing the Ships used by His Majesty’s Air Navy.

Preface, The History of His Majesty’s Air Navy

In the early days of Suspendium powered flight, ships relied on tanks of suspendium to raise their great bulk into the Sky, Many City-states (Now Nations as of, 1903) Began constructing fleets of small, Aerostat style craft armed with minimal armament such as Muskets or the odd rifle and relying on a suspendium tank and sails to propell these vessels through the azure, these primitive vessels fought the first Air wars, wresting control of the Skies over the region, Some of these primitive vessels became the First ships of His Majesty’s Air Navy.

By 1865, A new form of Suspendium powered flight had came in the form of a Suspendium Drive which allowed Airships to contain their Suspendium inside of the Ship’s hull, making it less vulnerable to small arms fire, this Step up in Airship evolution was also helped by the invention of a Suitable propulsion system the Steam Engine and the twin propellor invented by Jakub Poruchjeck, Who sold his twin propellor design to yards across the world, before long, nearly Every ship sported a Poruchjeck Propeller. It wasn’t long before Companies such as the Schofield company and the Madruz Corporation held strangleholds on the Engine and Suspendium drive market, driving prices of both equipment and maitenence through the Roof, this affected the the Embryonic Cytringian Air Navy, forcing it to scrap to of it’s newest vessels to pay for the maintence costs to their newest asset.

Another development of the Time was Pressurised Suspendium tanks, which allowed a ship to reach a Higher ceiling and could be safely stowed within a Vessels Interior (Hopefully.) allowing it to armoured and Protected from Arms fire, This has become one of the most used types of Lift Utillised by the Naval Service.

1890 Saw a rapid advance in Gunnery, seeing the Modern Breech loader enter service with many navies, and also saw the such weapons as the Deck-mounted variant and the now staple armament of many Cytringan Flyers, the Deck Mortar,a Versatille weapon utillised by all ships of His Majesty’s Air Navy, this also saw a rapid change in Suspendium Flyer Design, which saw Ships shift from wooden armour to Steel plate and wrought Iron, Sails were dropped in favour of Propellers and Steam Engines, However, the Cytringian Navy is one of the few which rely on both.

The Ships of His Majesty’s Navy are classified into one of three Catagories, depending on Armament, Speed, and battle usage:

Line Ships are the Heavy Hitters of His Majesty’s Navy, they have a slightly lower service ceiling than their faster, Nimbler brethren such as the Escort ships, the Line Ships are armed usually with an array of Heavy and Medium calibre artillery to allow them to take on any reasonably Large ship in Combat.

Cruisers are the second most Common Class of Flyer in the Empire’s Navy, these ships are faster than the Line ships and posses a smaller, yet usually powerful armament, they operate alongside the Line ships and are found towards the Middle of a typical Cytringian Battle Line.

Escort ships are the smallest ships in service with the Navy, they are usually smaller in height and operate higher than the Line ships or their cruiser counterparts, they are given Torpedoes or sometimes Light deck guns to engage their targets effectivley, however they are known for being quite expendable, the current Design of Escort, the Resolute pattern has been in service for well over two Years. 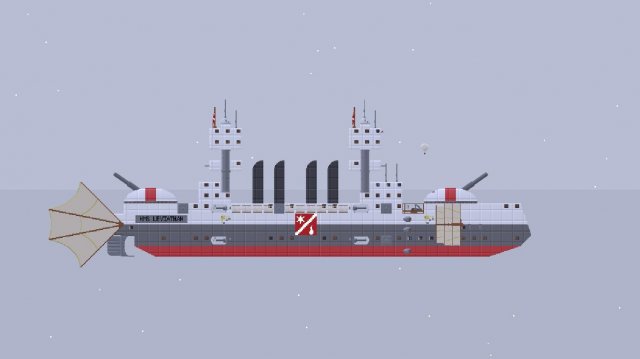 The Leviathan Class is truly a Beast of a Line ship, this sturdy class of Warship has seen 4 Iterations produced to add new and improved weapons, Armed with the latest artillery and systems, she truly is a Ship to be Feared, known by Friends and Foe, this class has proven itself countless times over as a tried and tested design of Cytringan Graving Yards, even though being lost countless times over, or Split in half, these Battleships do the work of His Majesty Regardless of their situation. 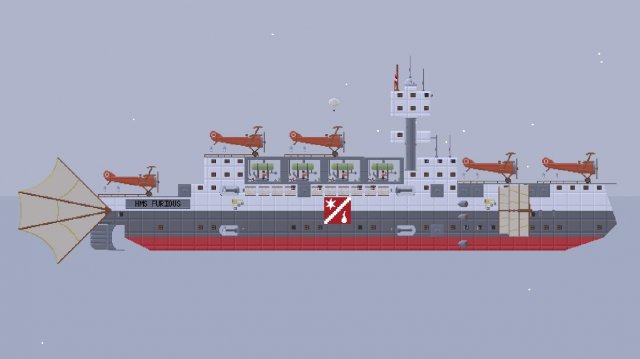 A New Concept in Aerial warfare revolving around Heavier than air flight, has brought about the Admirality’s interest in Biplanes and other smaller flyers such as the MX-024E Better known as The “Hussar” which is operated by the Aerial Hussars, these Aircraft carriers carry sufficient armament to allow them to defend themselves against sizable competiton, while Launching their fighters, the design is a converted Leviathan Class Battleship, in more particular HMS Furious, which was quickly converted to provide a Stop-gap “Fleet Carrier” Until a more proper Aircraft Carrier is developed. 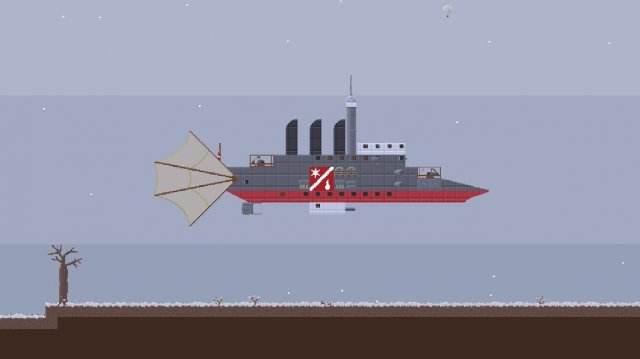 The Sturdy workhorse class of the Air Navy, the Defender Class is a common sight seen by many citizens over the Skies of Cytringan, These vessels carry one of the most tested Armaments of the Fleet, The Belvedwer 15″ Deck Mortar, this weapon has been around since the Early days of Suspendium flight, and is also useful for both taking down Airships and Landships, The Defender class, and it’s many variants and Iterations have been used and tested across the Reigon, being a favourite of Many Promient Sky-Captains, these vessels are found usually in front of their Battleship and Air Craft carrier cousins, taking the Brunt of an Enemy assault. 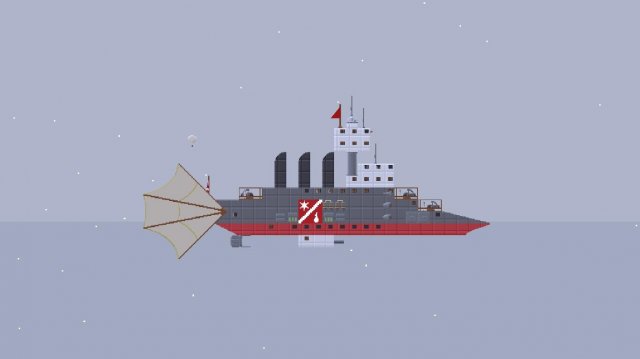 Designed to lead squadrons or Flottillas of Her Fellow Defender class, The Leader class is distinguished from Her fellow Defender Pattern Ships with her prominent “Leviathan Style” Spotting Top, which is used to direct fire from her Extra Deck mortar mounted forward, she has the same speed and Height of the Standard Defender and has so far proven to be a Useful vessel in combat, usually found in front of a Squadron of Defenders or leading a Destroyer Pack. 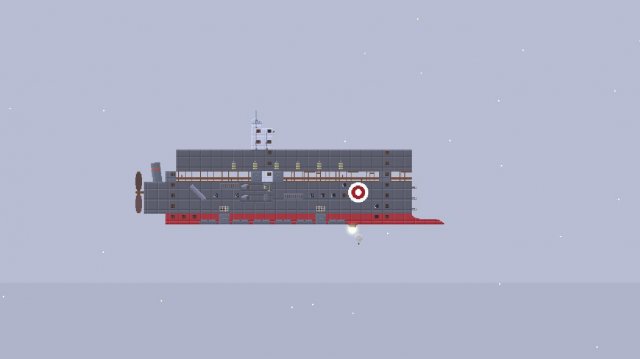 A Concept developed by the Boffins at Whitehall, The Active class took a quite successful ship design captured by the Gallant Crew of HMS B-1 and repurposed the High Altitude bomber into what the Admiralty calls an “Independent Cruiser” Otherwise known as a cruiser designed to raid cities and towns and destroy fortifications and Ships it may find anchored there, armed with a Belly full of 1000lb Bombs, and three Maszim Flamethrowers forward, this class is Loved by Airsailors, but Loathed by anyone who faces them in combat. 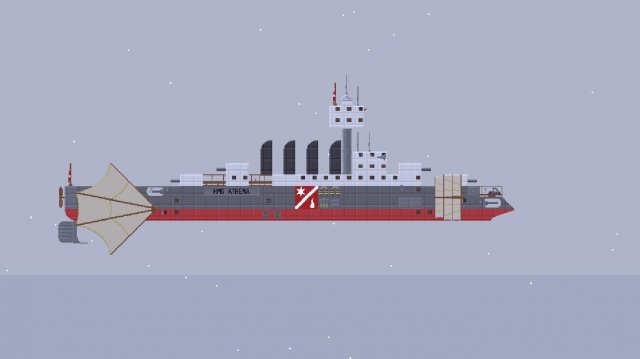 The Newest class to leave Wittersley and Farr Yards, The Town Class Flag Cruiser is quite a sizeable warship! taking elements from the Leviathan Class Battleship and Defender and Active Class Ships to produce an Execptionally fast Flag Cruiser to lead fellow cruisers into Combat, she is designed to work away from Home, a lot like her fellow Cruisers the Defender class and Active Class, but has the abillity to be used as a Flagship like the Leader class, The Admiralty has put down orders for three, So far only one has been Completed, The Athena. 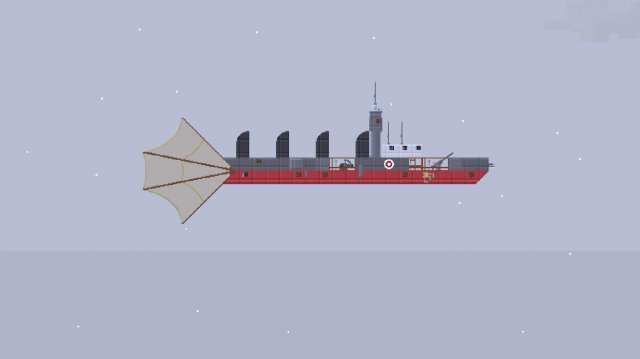 The Resolute is the staple destroyer design currently in Use by His Majesty’s Air Navy, Armed with a Light deck gun, Flamethrower and a Deck mortar these ships usually charge head first into the fray and try and protect their bigger bretheren, However, these Destroyers are known for their short lifespan and because of this not many survive an Engagement. 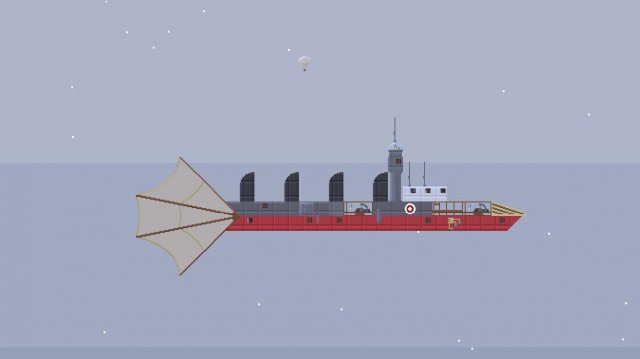 The Defiant Class Ramships only have one job: To Ram their target! They are built as fast response vessels to deal with opposing fleets moving towards Cytringian Airspace, these vessels are faster than their Resolute class sisters, only armed with Deck Mortars,these vessels are known as “Thugs of the sky” Due to their captains and crews coming from…slightly less honourable backgrounds, for this reason their Tactics from their original backgrounds transfer over to the Sky, and usually fight with tactics akin to a Pub Brawl rather an Aerial Battle. 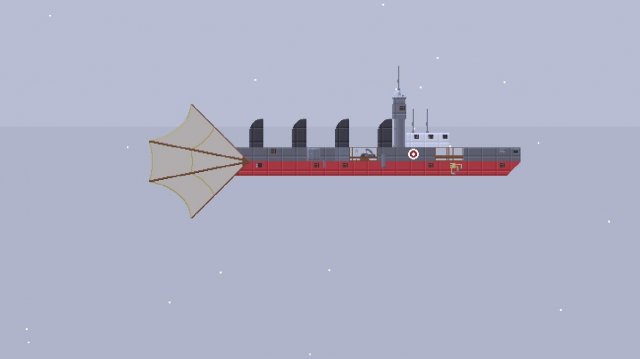 This guide is intended to be used as an additional tutorial/refrence manual for a vanilla, non-modded, Airships: Conquer the Skies. It will include some of the less obvious features of […]

Airships: Conquer the Skies – How to Remove Armor from Modules

This guide will teach you how to remove armor from modules through the use of a bug. ContentsGuide to Removing ArmorUnarmored Modules – What Is This Sorcery?So How Did They […]