But if you go off by yourself or do more than the game’s story – you’re going to be several levels ahead of the curve, which is what we want.

We’re basically training ourselves to be ringers – we’re the horse that’s been pumped full of non-detected steroids and given a shot of meth before the race, after being held back until the odds are 100:1 against it winning. We’re the fighter who’s thrown every fight until the big one and suddenly surprises everyone with how much training we’ve been hiding until we’re in the Octagon at the K2 tournament.

So the first few levels are easy, as there’s not really any choice – it’s limited. For good reason.

You gotta take lockpicking 1 and 2. After that – for recon purposes, take agility (to throw bricks), take 25% extra loot (for the extra space and increased XP gain…) and then Appraisal 1 if you fancy it… But, in this humble thief’s opinion, for what it’s worth.

Saving that skill point by not taking Appraisal 1, so to learn Lockpicking 4 at level 9, to cut glass windows and crack safes is going to make life a lot, lot easier.

We all know what good loot is to start – it’s not like we need a skill to tell us that a stereo is going to be worth more than 2 frying pans and a kettle. It doesn’t matter if it has a Phil Collins CD stuck in it – that stereo is a better steal. Phones and other electronic devices will start to appear. We don’t need telling that a stereo, a few phones and routers are gonna be worth more for their weight than a coffee maker and a microwave (wasn’t someone asking for a microwave on BlackBay..?).

Carry weight’s gonna still be fairly limited at this point, so there’s no clearing a whole place out in one go – it’s gonna take a few visits whether, at level 9, we take Backpack 2 or not… and if you’re being a good sneak (which I know you are, cos you’re reading this guide) then you’ll have no problem carrying those big items at the same speed you have until now, huh?

The junk like vases and whatever – they might be on Blackbay, but just a visit to the pawn shop can tell us they’re worth only a few bucks for 3ld, when 3 phones is gonna be worth over a hundred. 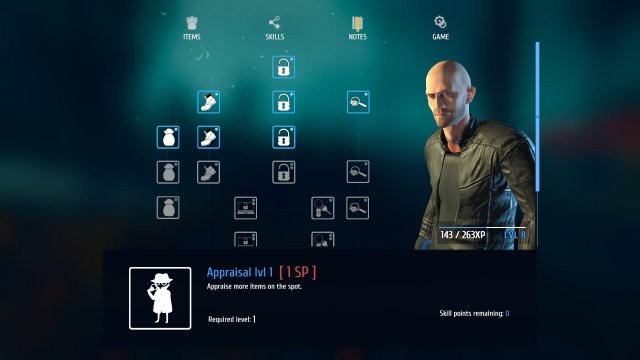 Anyhow, that’s our first 6 points spent for being level six and skill-capped for the next few levels.

We’re gonna need the money to get some new kit soon – we can climb all vines now for a heist, if we buy the the gloves (otherwise, it’s only gonna be a few). There’s probably enough cash from previous heists to afford these ($1200! They better be a decent label), plus an electric lockpick and planning for a Glass Knife, Safecracking and (eventually) Jewellery appraisal tools. 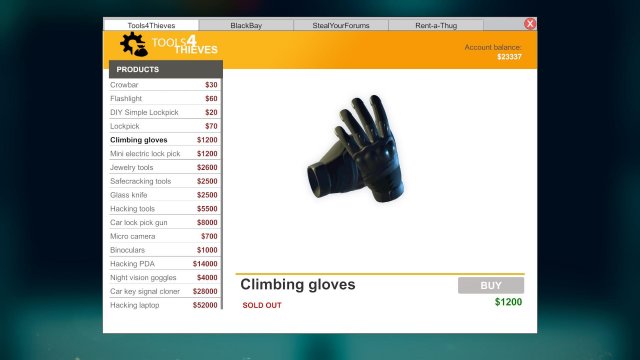 There’s a reason for learning skills in that order, for recon and other purposes – but… if we’re ahead of the game that much, how can we anticipate what’s going to be required by the story, or what’s going to be best to help us make lighter work of recon and thieving undetected in future..?

It’s tempting to level up the carry weight, to revisit old places and re-pilfer a bunch of 1XP items with a 5 star rating, but by now we’re looking at pastures green and there’s probably a bunch of new BlackBay listings, special Thug jobs – maybe a few story mode jobs will come up.

If you’ve been sticking to the rule about not buying tips, taking on Thug jobs and using BlackBay – you’ll be rolling in dough by now and able to afford all these items, even though it might clean you out.

Remember – don’t sell anything you think is special or appears more valuable – you don’t need the cash right now. It might be a future BlackBay request or it could be a Story item that you pawn off.

Chuck everything in the storage at home and take only the “routine theft” items to the pawn shop.
Perhaps a printer or small TV from a job.

For the next few levels, it’s tempting to take a larger backpack, but Lockpicking 4 is going to be way more useful to get before Appraisal 1 and 2, to get access to Jewellery tools. Can always chuck the stolen jewellery in storage, after all.

There’s a big reason to not sell jewellery without breaking it down and that’s because it increases the value a lot as parts, than as the item. But there’s nothing to say we can’t simply steal it and hold onto them, rather than pawn them straight off, is there..? 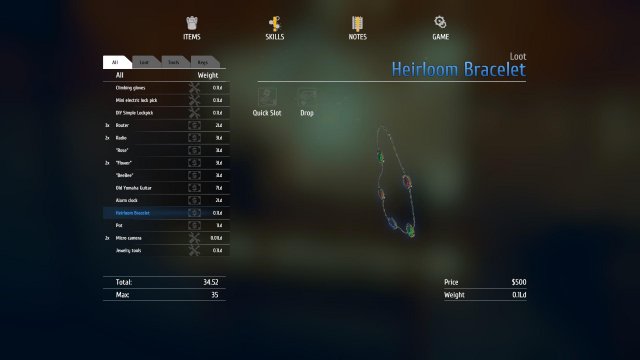 Right now $300 extra from a set of tools that cost $2600 might not seem worth it, which is one reason I’d recommend holding back on learning the skills and buying those tools. After a few uses – they will pay for themselves.
But they will never be as good an investment as the Glass Knife and Safe Cracking Kit. 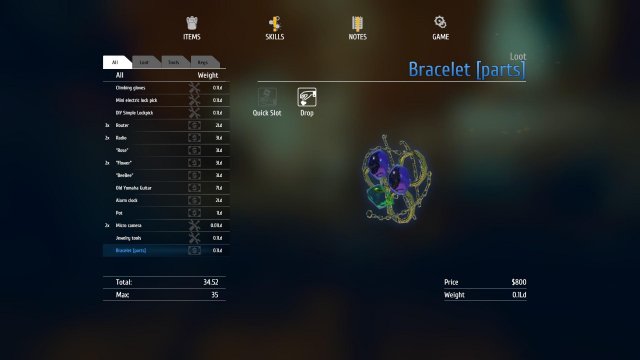 By now, we’ve probably smashed a car window as far as the story is concerned, but we’re geared up, having been making good use of our waiting time between recon and heists by revisiting and stealing only the expensive items that aren’t going to weigh us down, with all the kit to skip the grind for the next several story missions.

Because that, my friends, is the freedom to choose to totally ignore everything and do whatever you want, whenever you want. Also however. Also whoever – I really don’t care.

Here’s an ordered list of skills to take, if you’re not following the story, that you can ignore:

You can get all these things without progressing from the first area, long as you’re a decent thief.
If you follow the story – you will just be getting lockpick 4 and a safe-cracking kit after wasting points on jewellerylot you don’t need, because that stolen jewellery – it’s not going anywhere.

For some reason, it’s possible to level up a few more points than necessary, leaving you with two extra skill points – it’s possible to get to maximum level in the first area, if you follow basic rules and perform your own recon and explore your own tips, plus earn extra cash through BlackBay and Thug jobs on the side (which kinda count as tips) also by casing the joints properly and pulling off decent heists, dumping the gear on any that will be zero stars, so you always get max XP.

Following the story will give you a different route, but it won’t help you be a master thief.
Vinnie knows Jack and Jack knows … well … the stuff in the toilets that people want smashed.

A return to home or the pawn shop with nothing doesn’t give you any rating at all – kinda useful for the first stages of recon, but a good thief takes an opportunity rather than sit and sleep, so…

(If you want that bonus 5 star S! XP – drop all your loot except stuff you’ve already stolen and won’t get a 10x multplier on (you’ll likely get 10x on your tools), if you want to keep up quick XP gains).

It’d be a good idea to start looking at the stages of recon and get dirty hands-on experience.
How else to earn the XP for all these skill learnings and the cash to buy the gear?

Ah – you know what..? That extra XP might have come from using a few XP glitches. It stops here: 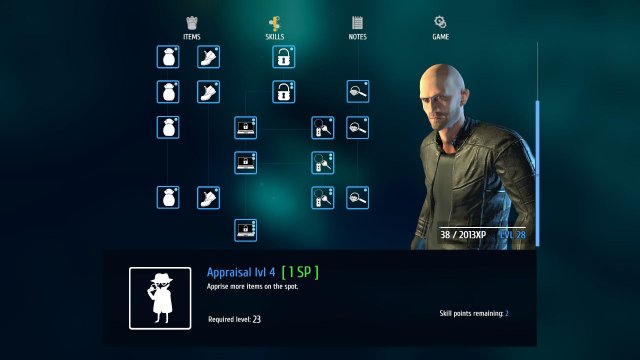 A Guide on how to get all the Faberge Egg Replicas. Other Thief Simulator Guides: Beginner’s Guide. Tips and Tricks. Level Up Guide. Basic Rules to Follow. Lockpicking / Hacking […]