In-depth guide on how to beat every single achievement in the banned footage dlc, both vol. 1 and vol. 2

Here you play as the captured Clancy Jarvis trying to survive for 5 hours until dawn. On those you will fight the Molded and Jack Baker as the boss. While you fight for you life, there will be several Compactors producing Scrap overtime. These will stop woking after 40 seconds before the end of each round, but you can still pick up the remaining Scrap. After each wave you will be rewarded a decent amount of Scrap. Then, at the beginning of the wave, the Compactors restart the mass production. There are locked areas only acessed by buying Corrosive, once you have enough Scrap, in the Workshop that provide the acess to new Traps and Compactors. There you can also buy new weapons, ammo and stat upgrades for either yourself or the guns.

Complete Nightmare game mode. You have to survive for 5 waves to beat this mode. Try to save ammo as much as possible using traps and turrets, rush the third scrap machine by buying the corrosive and then buy the first upgrade to get more scrap. Use the traps wisely, especially for the last boss.

Complete Night Terror game mode. This is basically a harder version of the same game mode. The monsters are tougher and you gain less scrap (I think it’s reduced to half the amount). Don’t forget, everytime you score points you get more unlocks which makes this 2 modes a lot easier!

In this mode you take control of the still captured Clancy Jarvis. You wake up imprisoned on top of a bed and, as soon as you notice that, try to escape. Your hopes of doing it slither away from your mind as soon as you hear someone coming outside the bedroom door. It’s a disgusting woman offering you an even more disgusting soup for you to eat! You have to think fast: do you reject it and probably make her angry, or accept it and ease her nerves? Now you quickly understand that she wants you to be there and you want to escape to matter what! As soon as Marguerite goes away a series of puzzles are presented to the player to solve.

In order for you to get this achievement you have to complete the game mode called Bedroom. Here you try to escape Marguerite but don’t think that it will be that easy. Look carefully to your surroundings and solve the puzzles they provide. When she comes back to check on you, make sure the room is like it was when she first came in.

There are 3 rats that you have to “catch” (examine) in Bedroom for you to get this achievement. Find them all in one playthrough of this game mode and you will get it. For more information about their location check the prints bellow.

Rat #1 | Master Bedroom – Right side of the bed

As soon as you leave the bed, grab the lantern, go to the right ride of it and near the corner of the room look down and you should see the Rat. 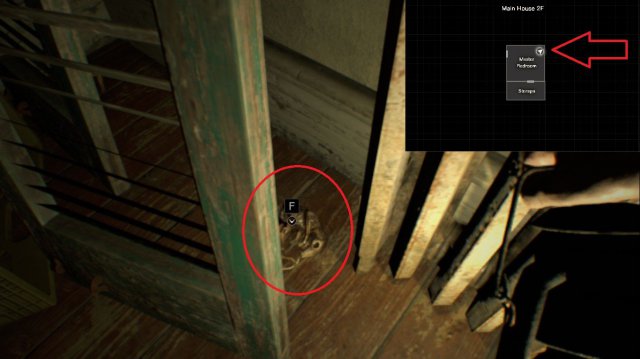 Rat #2 | Master Bedroom – Inside the stew

After Marguerite brings you another delicious food sample, pick up the Fork, open up the Stew and chew on some of it. Then just inspect the insides of it once more and you should be able to inspect the next Rat. 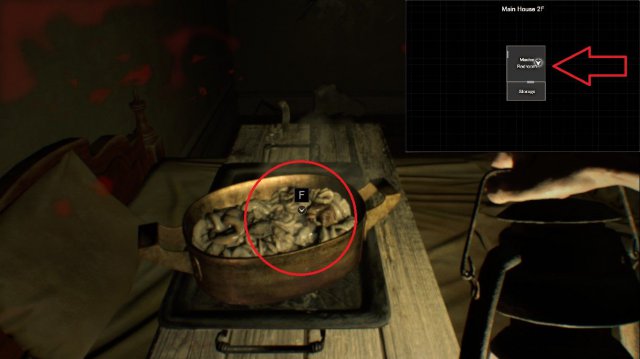 Rat #3 | Storeroom – After the passord door

The last Rat is placed on top of a bookshelf after you unlock the door (Snake, Golem, Apple). 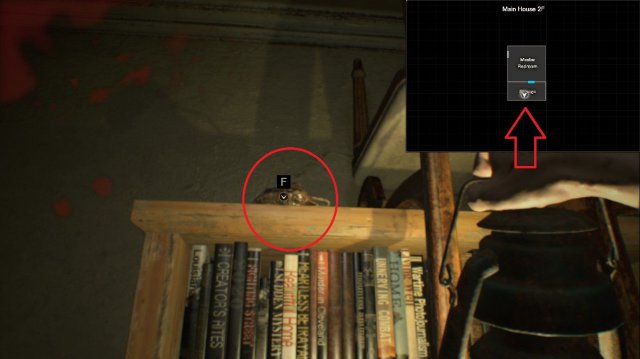 Similarly to Backjack, in 21 the goal is to draw cards that are numbered from 1 to 11 and get a added total close to 21. Therefore you win if your result is closer to 21 that your opponent’s and lose if it goes over 21. In case that both of you bust, the closer total to 21 wins and granted that you two have the same total it’s considered a draw.

Each time a round starts, both players will receive two cards. The first one is dealt face down so the opponent can’t see it. Now you have to decide whether to draw more cards or, if you feel satisfied with your current total number, stay. This decision repeated until both players have chosen to stay. After that, the first concealed cards from both hands are revealed and the one who wins is settled. On the other hand, the one who loses recieves a V.I.P treatment that removes part of his life total.

There is another variant that spices things up a little: it’s called trump cards. These activate a special effect like raising the bet against your opponent, returning the last drawn card to the deck, exchange the last card with your rival, or even destroy the last trump card used against you. They can be used anytime during your turn and, knowing that you recieve one at the start of each round as well as you have with every draw a chance to get one, do not be afraid to use them and gain the advantage.

Eye in the Sky

Complete 21. Here you play a version of blackjack made by Lucas. Try to get closer to the number 21 without going over it. Be sure to keep the trump card “love your opponent” for the last round because Lucas will cheat and its the only way to beat him. After that you will get the achievement.

You will unlock this mode after beating the Normal Mode in 21. Now you face five opponents in the same manner as before, but remember that you also only have five fingers to defeat them all. So if you lose a finger or two at the first competitor, you would only have the remaining fingers for the rest of them.

You Gotta Know When To Hold ‘Em

You will unlock this mode after beating Survival Mode in 21. Instead of five you will have to triumph over ten brave challengers in a row. The torture device is sure to keep things electrified and when it reaches 10 it’s game over. Be sure to save Destroy Trump Cards for the Big Head because he will use an Escape Card that allows him to flee the battle. Also save those for the last boss as he uses a Trump Card that removes your ability to draw any cards, even by Trump Card effects. You can check how it is done in the video bellow.

The player takes control of Zoe, a member of the Baker family and it all begins on the night of October 10 in 2014, described by her as the last one spent with her real family. She checks out the TV and the news report the imminent dissipation of the hurricane that flooded Louisiana, as well as the search of a ship that went missing. This havoc brought Mia Winters into the Bakers house earlier, followed by Eveline carried by Jack. Apparently the Baker family welcomes people that were caught in the storm before sending them back to their path. If only they knew Eve would change their lifes so much, their compassion for the needed on that day would stay at home. This mode describes the ruination of a family that “accepted” her gift seen by the eyes of Zoe, suddenly on danger, struggling for survival.

Get the bad ending in Daughters. To get this ending simply follow the objectives given without deviating. That basically means not acessing the passworded laptop upstairs the Kid’s Room.

Get the true ending in Daughters. In order to do it you’ll have to escape the Main House via the 3 headed dog door into the Yard and then to the trailer, like it’s shown in the video down bellow.

In this game mode you take control of Mia Winters as she tries to fill Jack’s belly with delicious food scattered all around the stage. He will keep annoying you until he is satisfied, so do it as fast as possible in order to get a high score. You can also combine some types of food to obtain a better satisfaction result from Jack’s hunger meter. But do not think it’s all fun, because there will be Molded spawning all over your playground. Killing these will momentarily pause the countdown timer thus helping in the increasing of your overall score. There are some areas only unlocked by wasting certain enemies, so be sure to keep an eye out for those. Along your way you’ll stumble across some interesting powerups, like a blue and red pistol that deal massive damage and set enemies on fire as well as give a movement speed boost respectively.

Clear a stage with a 10 minute time bonus or higher in Jack’s 55th Birthday.

Feed Jack every type of food and drink in Jack’s 55th Birthday.

Get an S Rank or higher on all stages in Jack’s 55th Birthday.

Resident Evil 7: Biohazard – How to Transfer the Exclusive Item Dirty Coin to the Main Game

In this guide we are going to show you not only how to get the Dirty Coin in the demo, if you haven’t already, but also proof that it is […]

While you play Resident Evil 7, you’ll pick up quite a few things. Among the most valuable pick-ups in the game are the antique coins. ContentsAll Antique Coin Locations on […]

Basically how to easily deal with all 4 fat molded in the wrecked ship, madhouse difficulty. Each one being a mini boss fight if not done right, and a major […]