I’m going to talk about where you have to aim with a basic scoped rifle, as a hunter when you get the opportunity to shoot at:

I won’t talk about the ammunition needed to shoot, just know that you have Outposts were you can purchase different types of ammo in order to hunt different species.

When you have a visual on a potential trophy, don’t automatically shoot. The angle you’re looking at the deer/boar/fox matters a lot!

If you are in front or behind your prey, WAIT don’t shoot at a butt.
Shooting at first sight won’t guarantee you a kill and you might have to chase your prey for a long time (happened to me, 2km and 1h30 chasing a male fallow deer).

An example of good angle: 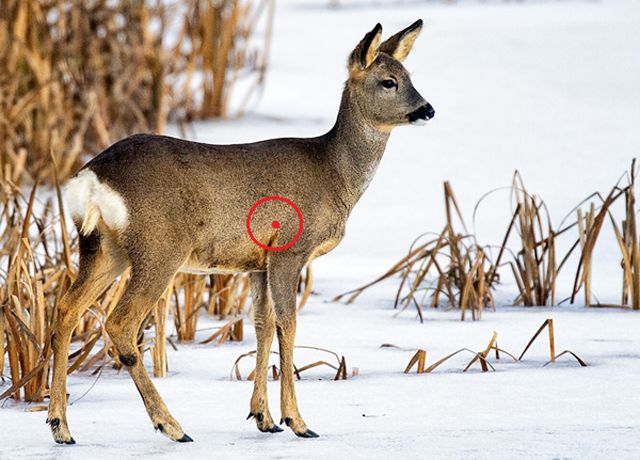 The following picture says it all about angles and it’s true for every species: 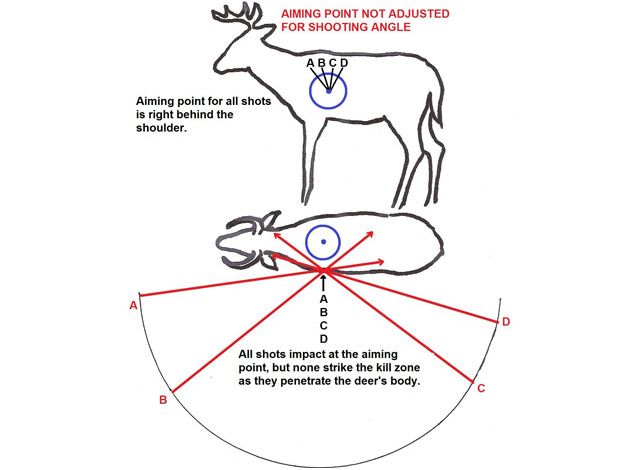 Legs and shoulders are not what they look like, it’s a trap!
You can shoot at the top of a leg without touching any bone. See how it works: 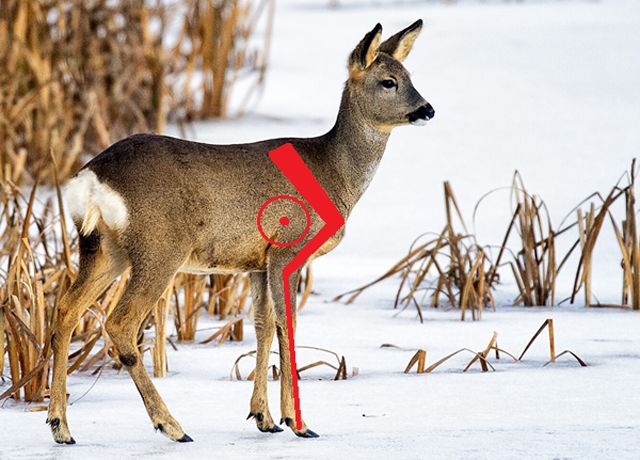 It’s basically the same for boars and foxes.

As beginners, and looking at the picture, the best way to put down a fallow deer is to shoot at 12 (the lungs) and you can try 11 (the heart) but it’s more difficult.

It might not be an instant kill but certainly a vital hit and you won’t have to go far to find your prey laying down. 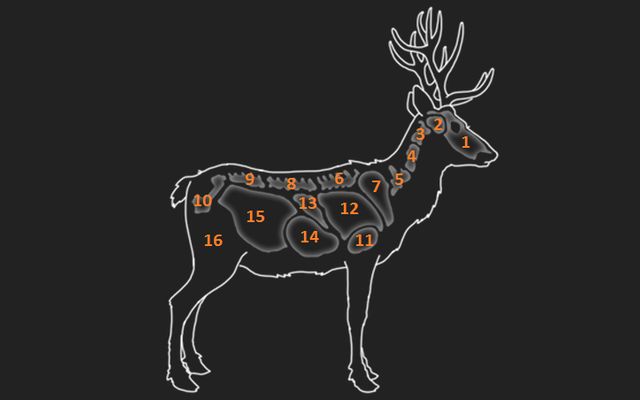 Why the heart (11) isn’t the first spot to shoot at? Because of the size, the stability of your aim and the flesh/lungs covering it. You may miss it ending up failing a one shot kill.

Again, ammunition can help with penetration, you’ll learn it by yourself.

Remember that 16 is surrounding every other part, and if you miss a vital point you might end up making low-rate bleeding which means chasing your prey again.

It’s basically the same as a fallow deer, but the target is smaller, so the angle matters even more.

Looking at the picture below 11 and 12 are preferable targets. 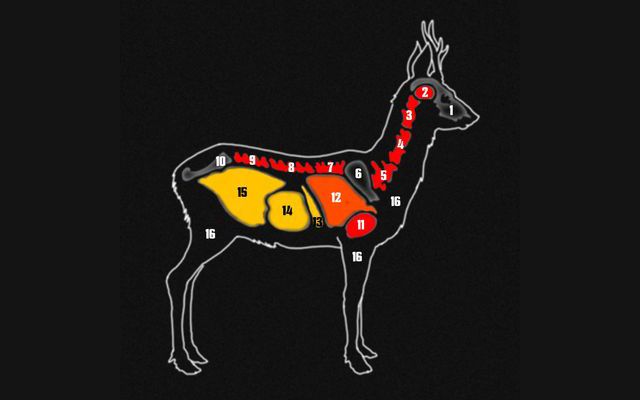 The heart (11) isn’t that easy to get because of 16 (flesh) and the legs covering the sides (just like a fallow deer, a better ammunition will help).

Being way smaller the hardest part is finding it, getting the angle and the timing right.
Shoot behind the shoulder, around 11 and 12.

If you miss and you don’t get at least a medium-bleeding hit, you’ll probably have a tough time chasing it as it’s small, quiet and fast.

First of all, wild boars move in groups. Which means there are males and females, biggers one and smaller ones. Choose your target well.

Obviously it’s quite different. If you miss by a hair you can end up shooting a non vital point.

For example a common mistake would be aiming for 12 (the lungs) and end up shooting 14 (the stomach = low bleed rate and non-vital). 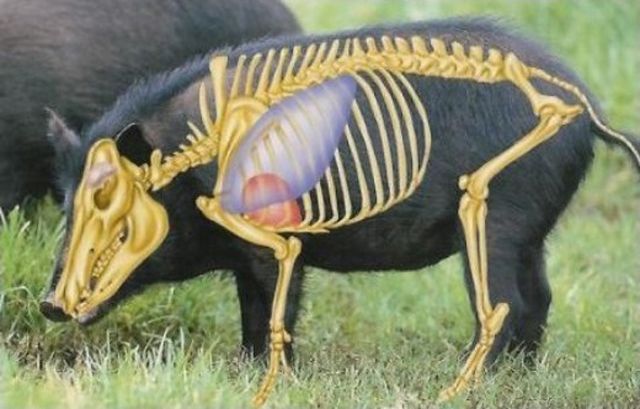 I won’t talk about shooting at the neck (right after the ear), because it’s way more difficult to do it and it’s a beginner guide.

Finally, just in case you didn’t know, wild boars can be agressive. If you’re sitting too close to them, you will shoot at one and an other one will run over your face.

The Hunter: Call of the Wild – All Outpost Locations

The Hunter: Call of the Wild – Outpost Locations at Layton Lake District Map

The Hunter: Call of the Wild – Mallards Guide

Lets say you have just purchased the duck DLC, and have no clue how to hunt these birds. This guide will hopefully teach you how to hunt them. Keep in […]