A guide to ensure your retrieval of the Captain Did It Achievement along with some tips to help the process run a bit smoother.

Other Return of the Obra Dinn Guides:

There are two possible situations you might be in before going for this achievement.

1. If, on the off chance that you haven’t yet started the game, you can get three birds with one stone. In this case, do not attempt to solve any of the deaths on the Obra Dinn until everything has been seen/unlocked. Simply go through and see each memory until the ferrier yells at you to finish up because a storm is coming. This way, you can save your game and then copy it to later to get the other two ending achievements, and if you make any mistakes you will only have to reload that save instead of replaying the entire game.

This is not recommended whatsoever, play the game in earnest your first time and see how well you can do!

2. Otherwise, if you’ve completed the game and are coming back to get this achievement specifically, which is what is almost certainly the case, the same advice applies as above. Start the game, head to the 1st’s corpse and then back to the ferry to pick up your items. Then simply move throughout the ship, going through each chapter and discovering each memory of every death.

Once you have heard the ferrier yell about the storm coming in and you see the rain falling, you’ll want to save your game and make a copy into one of the other slots from the main menu in order to have a backup in case you make a royal goof in the process of applying names and deaths to the crew.

There are some optimisations you can do to make the process a bit quicker:

Walk on a diagonal

It appears, at least to me, that you move slightly faster while moving diagonally. It’s definitely a minor boost of speed, but over the course of running over the entire ship, it’ll add up to save you some time.

On the first viewing of a memory, your moment in that memory is timed. You will be given a short period to look around before it automatically transitions to black, then goes to the journal to fill out that page of information. There is then a flash around the edge of the journal. The instant that flash in the negative space goes to black is when you regain control, and you should hit Tab or whatever key to close the journal and continue the process.

Each memory can have one of two outcomes: Either there is a door plainly visible in the area which you will have to exit once your journal is updated, OR you will have to access another memory from within the one you’re currently residing.

If you don’t see a door, you will have to access another memory, so if you don’t remember who is next, just look around a bit for a dead body. In one case the next body isn’t nearby, it’s up on the main deck (when two men are on the ground with their cause of death looming above them, you know the one). Stand by the body, and then once your journal is updated you’ll already be where you need to to move forward.

The ethereal mist that leads you to the next dead body to investigate doesn’t require you to follow it that closely. If it’s going to head around a pole, don’t bother following it, just cut past the pole so you don’t get too far from it and it continues moving along. You also don’t have to be moving for it to progress. You do need to watch it move, that seems to be the main requirement.

When the memory has a door, just stand at the door and wait. Once you close your journal the audio cue of the door opening will play. It turns out that the door opens the moment this cue begins, so you can already be at the transition zone inside the door before it fades back in, and you’ll save a few seconds each time this happens, which is nice.

Don’t Try to Be Clever!

Seriously, don’t mess around with the deductions until you know you have a clean backup at the latest possible moment, when you’ve seen everything and have all memories available.

Listen to a Podcast???

I literally wrote this guide while attempting to get this achievement. Maybe write a guide to something in the steam overly while playing the game? Or a letter to a family member? Do anything, it’ll probably be boring waiting those minutes in memories that you’ve seen before.

So now that we’ve got some quickening methods in our minds, here’s how to actually accomplish the task for the achievement.

Find every memory on the ship. Most are very difficult to miss, but if you do, the hard ones usually have a clue in the journal that says the deck/location of the body. Make it rain and have the ferrier yell at you to finsih up.

Save! Go to the Main Menu!! Copy that Save to an Empty Slot!

Don’t forget to do this!

Now, you need to blame every death on the captain, save for the 3rd and the captains steward. As a general rule, you want to be wrong because at the very least, you can make sure you still have the wiggle room to change something later. If you accidentally record the correct death of a crewmember, it’s locked and there’s no way to undo it without loading a copy of a save or starting all over again. Because of this, you must be very careful and wait to place blame on the captain for any death until after everything is unlocked and you can make a backup of your save for safe keeping!!

To this end, ensuring you choose the wrong method of death is the safest method. While it would be funny to say the Captain ate every person on the ship, it’s a ton faster to just say he Axed everybody, since it’s higher on the list, and literally no one on the ship was axed to death. The Captain must be blamed for his own death, but I was again careful and said he used a NOOSE. Everyone except for the 3rd and the captain’s steward must be said to have been killed by the Captain, as you can see here: 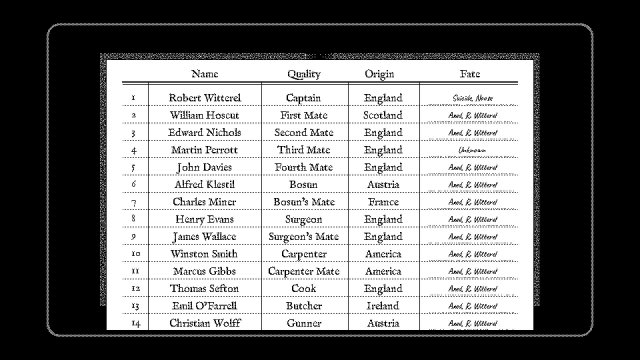 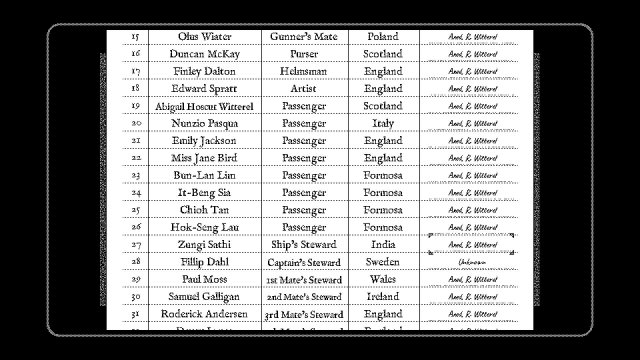 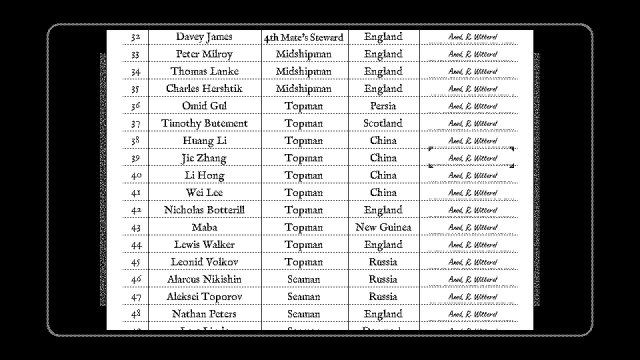 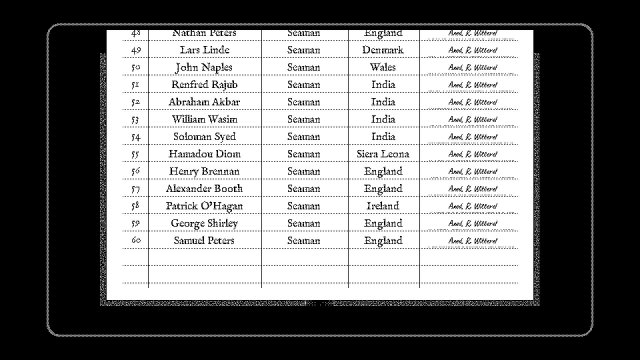 There are guides to match every name to their image, though most you ought to remember if you played the game recently. Once you’re done assigning the Captain and his Axe to every death, hop off onto the ferry, click the man and head home. Once the insurance book pops up, so should the achievement: 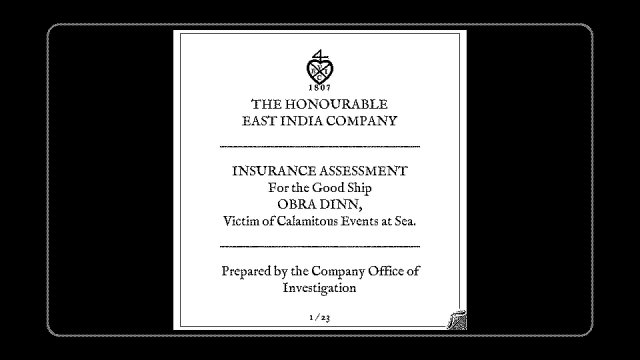 Steam screenshots do not capture overlay images, such as achievement pop-ups, apparently.

I did this the morning after I beat the game, and it took only two hours total. My first slot is my normal playthrough, the second is the final time for this achievement, and the third is the slot of my backup. If I had messed up at any point, I would have simply copied 3 -> 2 and tried again, to ensure I would never need to replay it unnecessarily. Because I was writing this while I played, I wasted a bunch of time, and I’m absolutely sure this could be done in well under 1:50:00, so get to it! 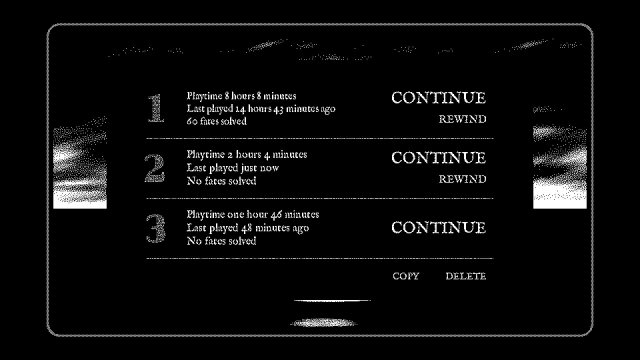 Obra Dinn is meant to give you the tools to conclusively identify every character through logical deduction, reasoning, and a little bit of common knowledge. However, at times when you’re […]

Return of the Obra Dinn – The Fate of Every Crewmember

This is a list of every crew member, along with their portrait and cause of death. Obviously, spoilers ahead! Other Return of the Obra Dinn Guides: Comprehensive Retelling of the […]

An unnecessarily exhaustive transcription of the tragedies that befell the Obra Dinn, the fates of its crew, and why. Other Return of the Obra Dinn Guides: How You’re Supposed to […]