The most common oversight in 2v3 and 3v3 Towers of Time.

How Co-op Towers of Time Work 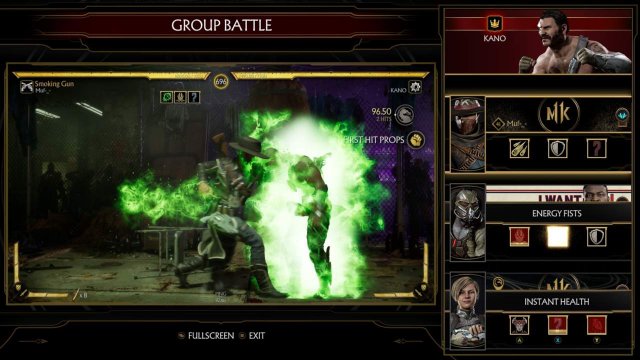 Towers of Time sometimes features cooperative fights where you can team up with two or three players against a very difficult AI opponent, with evolving difficulty and changing modifiers. The fight gets harder as the opponent loses more health.

The rules are fixed depending on the number of players allowed. If the maximum is two players, then it’s a tag-team battle where you must tag your partner in before you are knocked out. When you are not in play, you slowly regenerate health, which is necessary to survive, unless you’re professional player. Tagging your partner in using a controller is performed using the right analog stick. On keyboard, it’s a combination of keys. The input required is shown under your name and health bar.

If the maximum is three players, then everyone fights in the order they are listed in from top to bottom. Players cannot tag their partners in, but everyone currenly not in play has access to three assist abilities not unlike konsumables, which can help buff, defend, and most importantly heal the current player in the fight. Using these is a must to survive. The buttons or keys required to use your assists depend on your input method, but they are always shown on screen as long as you have not zoomed in the view. You don’t need to be using full-screen mode until you’re the one fighting.

A lot of players don’t seem to know these mechanics exist, and thus they are unable to beat these towers without an incredibly hard carry, which is still unlikely to succeed without assistance. Please use the tag-team and assist mechanics in co-op towers, because they’re they key to winning.

A few decent augments can’t hurt either, since they absolutely work in co-op towers.

In this guide I will explain how to fully afk farm towers for free coins, souls and hearts. Other MK11 Guides: All Fatality Inputs (PC, PS4, Xbox One and Switch). […]

Just a quick explanation of how to get all the heads in the Krypt without doing the fatalities/brutalities in the tower mode. Other MK11 Guides: All Fatality Inputs (PC, PS4, […]