Other Children of Morta Guides:

You will encounter this fellow in one of your early adventures. Rescue him from imprisonment and you will find him at the end of floors, offering you 4 different items (Relics / Charms / Graces / Runes) plus Health Potions in exchange for gemstones.

It is recommended to save at least 3 gemstones for the end of the run.

The merchant will always have Health Potion for sell at the cost of 1 gemstone – unlimited amount of purchases.

Most items will cost 3 gemstones, some more common items will sell at 2. 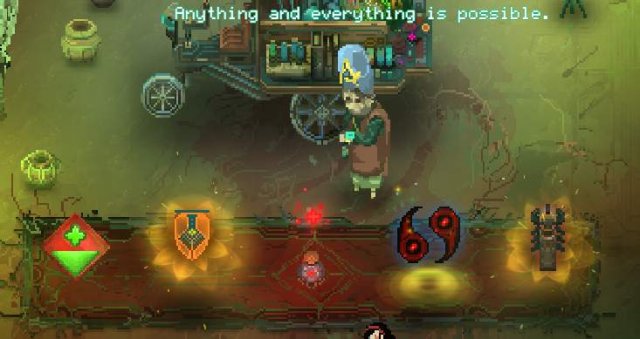 Divine Graces are buffs/companions that you can unlock. There is no limit to the amount of Graces you can have on your character. You will unlock more graces as you continue in the game.

Relics are usable items that can be found during the dungeons that are activated by using Q.
You can only have 1 Divine Relic at a time (until later in the game).

Just like Divine Relics, Charms are usable items that have certain effects on the player. Press R to use your charm.

Once you encounter Margaret standing in front of the wall, she will unlock Obelisks.
These are spread around the dungeons, containing different effects that are instant or carry over time. They will deploy automatically when “using” the obelisk.

Children of Morta – The Workshop Guide

List of all souvenirs and where / how to find them. Other Children of Morta Guides: Tips & Tricks! Characters Guide (Skills, Traits and How to Unlock). Divine Graces, Relics, […]

Children of Morta – Characters Guide (Skills, Traits and How to Unlock)