This guide explains typical details on a UK commuter rail system, alongside some other tips and tricks.

First off is electrification. Certain trains need certain power sources from the track to run. There are 4 main types of electrification on UK commuter rail systems: Fourth Rail, Third Rail, Overheads, and Unelectrified.

Fourth rail electrification is mainly used on the London Underground, however, some overground rail systems such as the North London Line share the same track with underground services. Fourth rail electrification features the 2 running rails, alongside 2 conductor rails for carrying electricity. Third rail is a more common type of electrification, and is very common on the “Southern” and South London network. Third Rail electrification is similar to Fourth Rail however, instead of having 2 conductor rails, it only has 1. Overheads are mainly found on express lines, however, some can also be found on commuter systems. Overheads are large steel poles holding up cables, which carry electricity to power the train. The train has a Pantograph raised which takes energy from the overhead cables into the train. If there is no electrification on a railway, electric trains can not run on it (some exceptions). This means only diesel and steam locomotives alongside any other trains that don’t run on electricity can run on the line. Note that some types of trains may need to change power sources along certain railways. In Train-Simulator, a route can be electrified by going under track tools in the route editor, pressing the select track button, selecting the required track, and changing the electrification in the popup on the top right of the screen that will appear when you select the track. 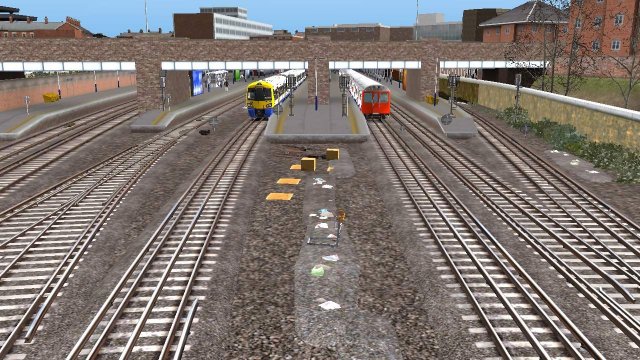 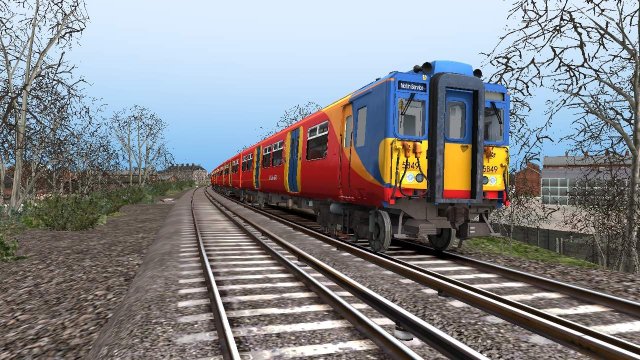 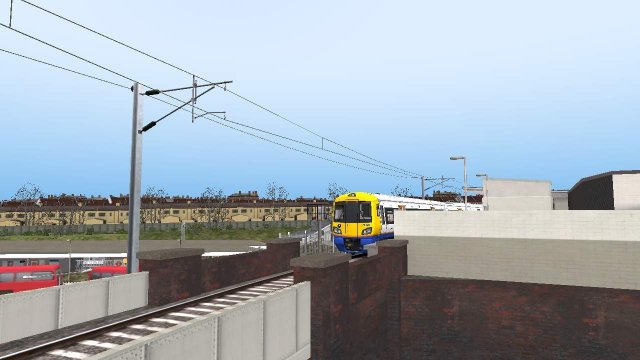 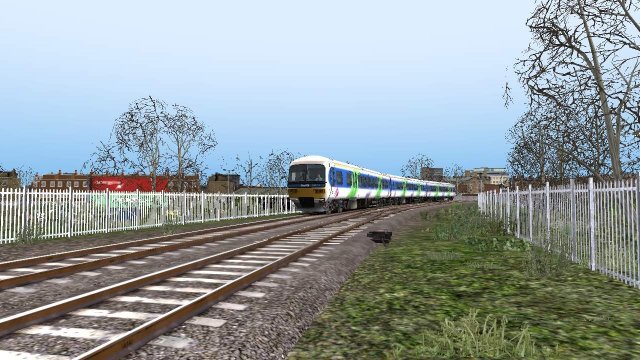 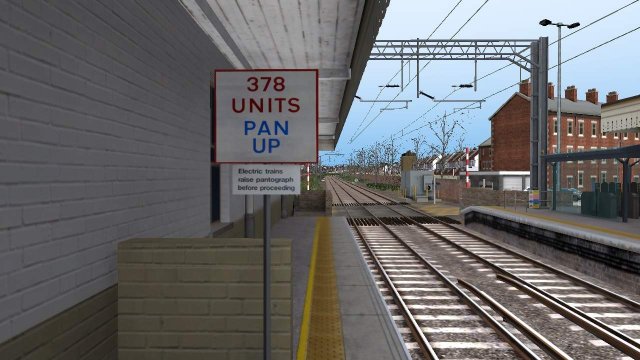 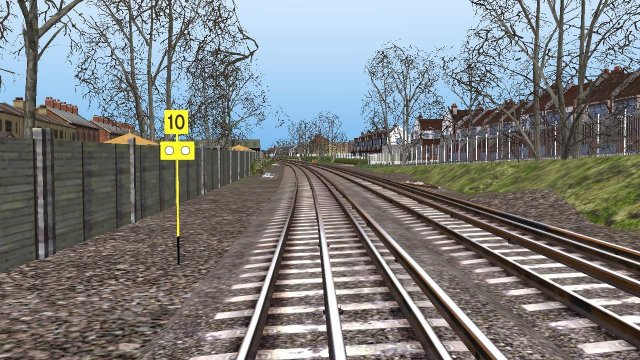 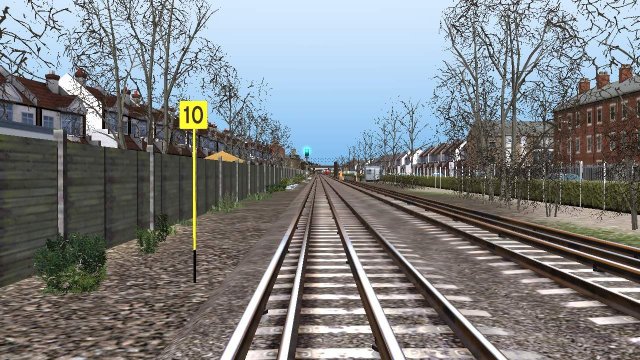 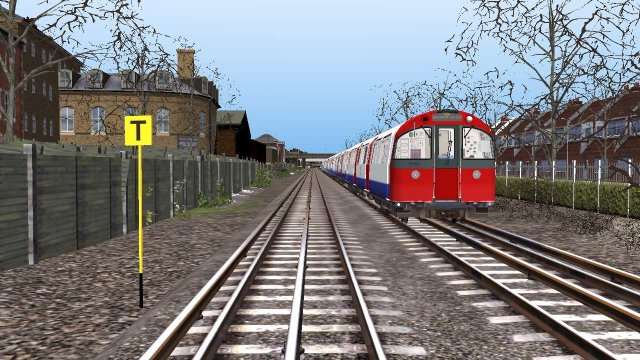 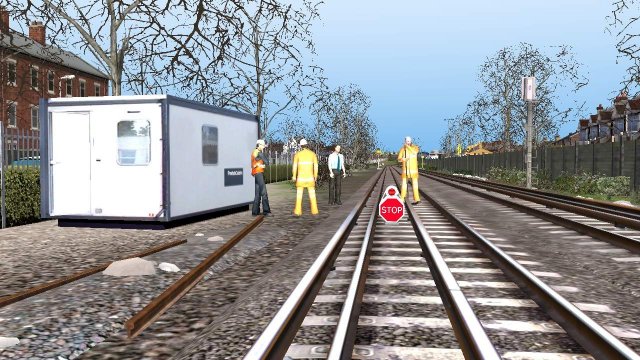 An example of a possession marker

A Whistle Board is a sign showing the driver to blow the horn on the train. These boards are usually placed before or near manual railway crossings. When a driver passes a Whistle Broad, the horn should be blown signalling that a train is about to pass at the manual crossing. When passing a whistle board, the horn should not be blown if the time is between 23:00 and 07:00 (so as not to disturb sleeping people nearby). On some older railways, a whistle board may be marked as a small sign showing “SW” (Sound Whistle) on it. The horn should also be blown if there are people on / near the track, e.g. Track workers. 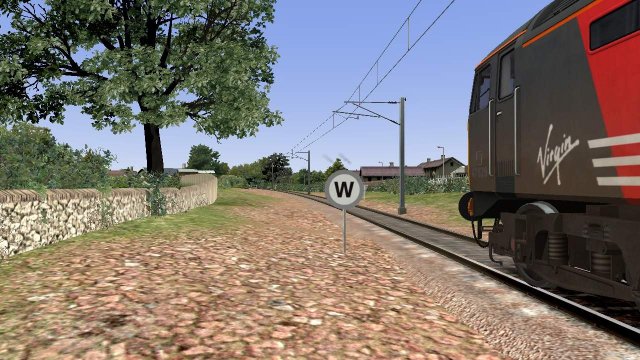 Example of a Whistle Board outside Lanark 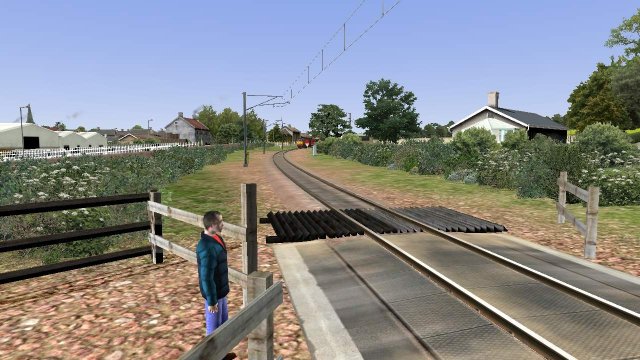 A train approaches a manual crossing 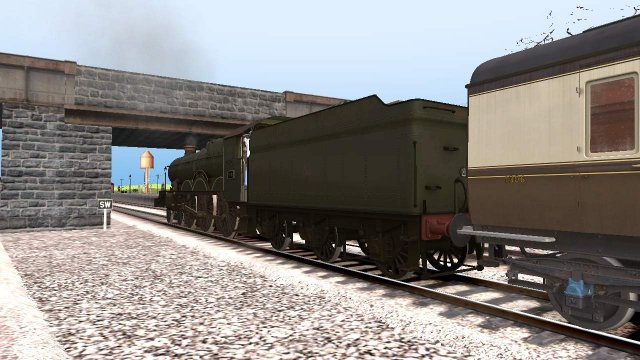 An old Whistle Board at Starcross

At a station, special stopping markers along the platform show where the train has to stop on the platform. The signs are usually a white letter on a black background showing the type of train that has to stop there. The signs have a number on them showing the number of carriages the train has if it is to stop there. If there aren’t any signs with numbers on them, but a sign with a large “S” on it, all trains should stop there. 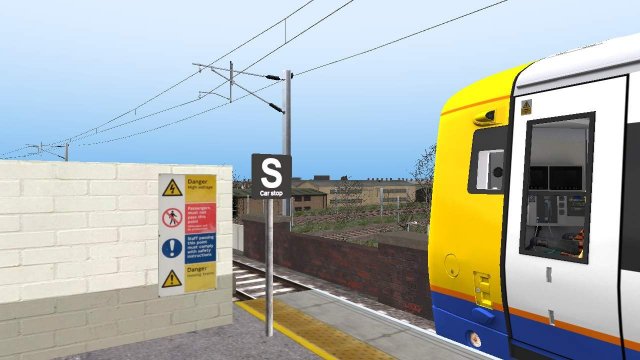 A Milepost is what it says on the tin. It’s a small post marking how far into the route you are from the beginning of the route. These are more for decoration than for use onboard trains ingame as the F1 GUI shows how far you are from the destination anyway. 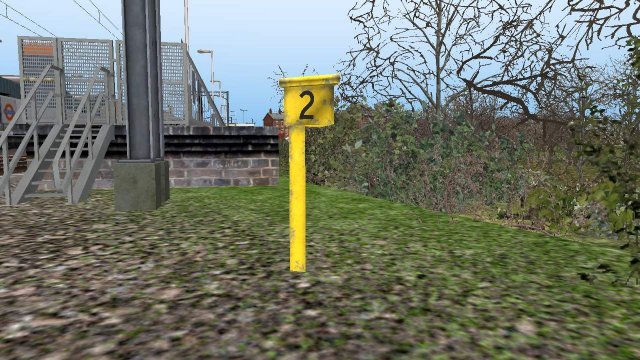 A 2 mile milepost at Acton Central

Thanks for reading, I hoped it explained some of the typical features of commuter lines. The main route that featured in the example images is the North London Line, however, there was also some images of the Glasgow SPT commuter line from WCML North and the Riviera Line in the Fifties. The London Underground stock is from the Virtual District Line freeware addon for trainsimulator, which adds a bit more to see on the North London Line. Some of the information on whistle board is based from General Wo’s Guide to Horns.

Simple steps to rectify this common yet preventable problem (Title Image, Title Picture, Thumbnail). Taking the Screenshot For those who don’t know, there are two ways of taking a screenshot […]