A Guide to the Easter Eggs

Meet up with the Duke.

And the third one is random and relates to Portal’s Companion Cube.

Note: The Easter Egg location data was derived directly from the editor that comes with SSBD. Added large arrows to the maps to make it easier to see where the EEs are even on a scaled down view of the maps.

In the south-west of the map, you will have to navigate a slightly hidden path between buildings to make it to Duke Nuk’em and his bike. Getting there unlocks the “Duke Nukem” achievement. 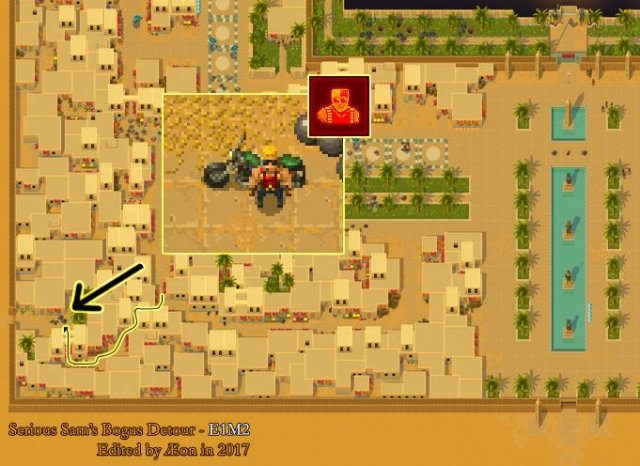 From the south beach, make your way north until you reach four cages on the eastern side of the map. Get rid of the turtle in the northern-most cage, enter the cage and find a path between the trees just north, then head east to picnic area. This unlocks the “Mr. Buttersworth” achievement. 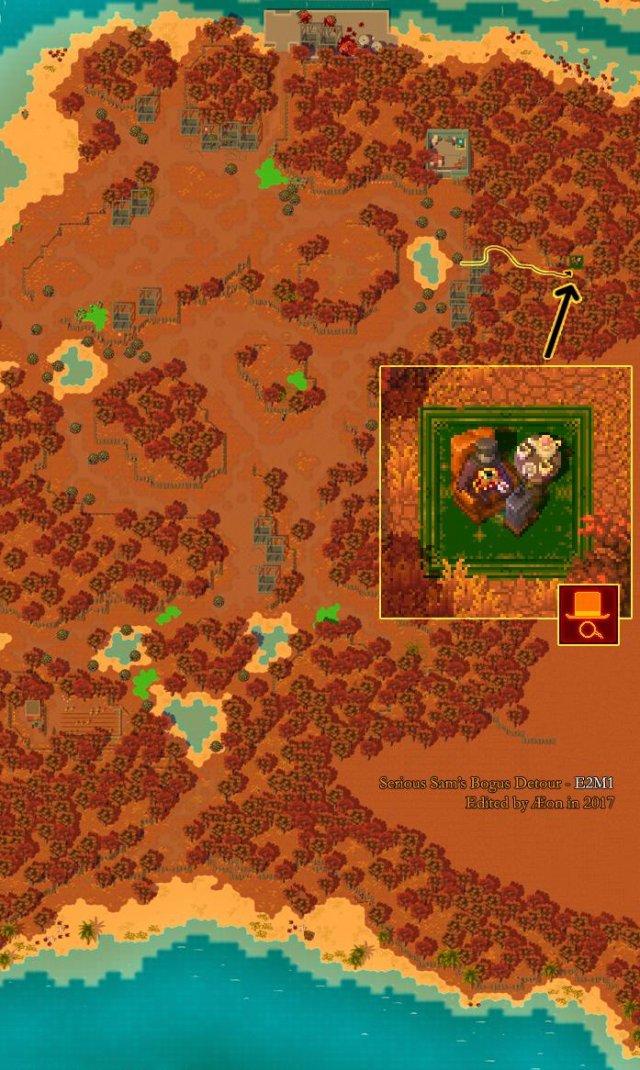 This Easter Egg features a very brief cameo by Portal’s Chell, who opens a portal and places the Companion Cube in the map using her portal gun. Note that this is not tracked by an achievement. The cameo will occur at random in one of four locations in the map. In some cases it is enough to walk past the locations, but since the cube when shot will yield a star you might also actually want to get to it. Since all the locations are related to secrets, the descriptions are a bit more detailed. 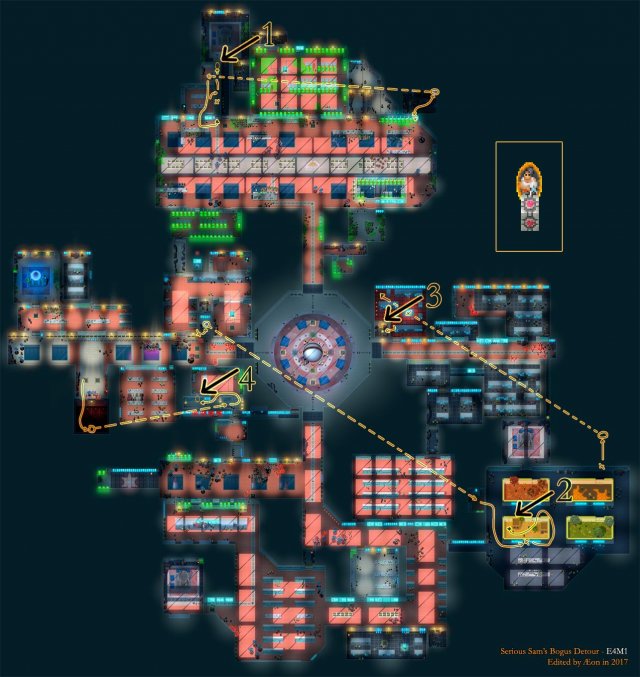 Since this isn’t the usual Serious Sam game where the bosses are just regular enemies on steroids, some people might find them a bit hard. Hopefully this guide will help! […]

This guide will help you find every star in the Bogus Detour campaign and get the All Stars Achievement. ContentsIntroduction / ExplanationKnee Deep in the SandPublic Library No:1Path of Feast […]

This guide will help you find all the secrets in the Bogus Detour campaign and get the All Secrets Achievement. ContentsKnee Deep in the SandPublic Library No:1Path of Feast / […]