Baldur’s Gate 3 has a lot of secret or hidden items for you to equip. Here’s some of the stuff I found.

Cool Loot and Where to Find It

After the skirmish outside the Druid Grove, the defeated Goblins can be looted. 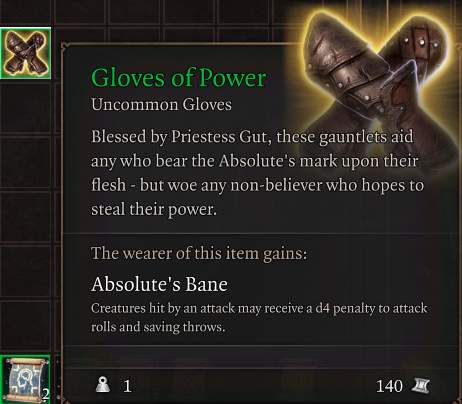 Walking into the Druid Grove, you will find a Halfling Merchant standing in front of a statue.

Going into the Upper Layers of the Temple where you find Shadowheart (you can enter by either tricking the door man, picking the lock, or breaking the tiling with the rock) you will eventually find a library looking room with a statue. If your crew passes a Perception check, you will find a button to unlock the deeper section of the Temple.

One side of the temple has a large sarcophagus with a booby trap, a lance and a key. Use the boxes and vases throughout the room to subdue the gas vents (there are at least six, one by the exit, one by the way you entered the room, and two on each side). Traps will shoot exploding fire balls at you from either side if you do not disable them after opening the Sacrophagus. You can outmanuever this by separating your cast to one side of the room, and leaving one character to stop the traps.

Inside the Sarcophagus is a Lance and a Key. 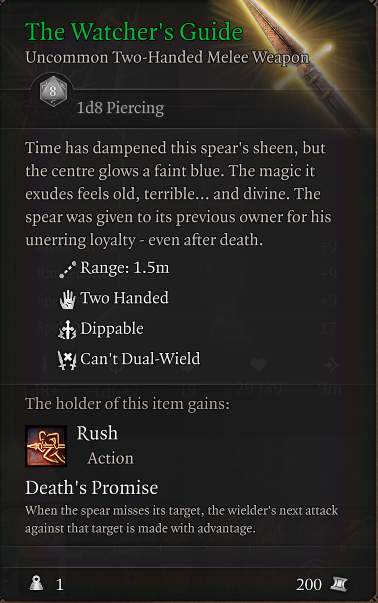 Use the key on the large doors opposite the Sarcophagus room to find another place to loot. This area is safe to explore until you push a button in the alcove, at the top of the stairs, left of the statue (which also requires a perception check to find). 4-5 Skeletons will wake up (one with about triple health). Defeating them all will let you safely explore the opened room. Inside is a necklace that lets you cast the Level 3 Speak With Dead spell. You can cast it as many times per day, but it only works on any given corpse once. 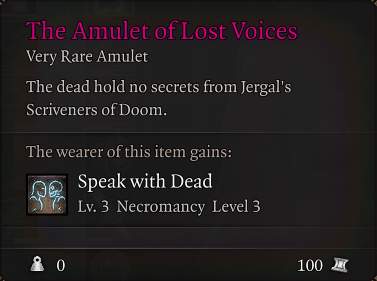 There is a skeleton in the back that can be looted safely after defeating the Mother Owlbear (it is not necessary to kill the cub to explore safely). It is wearing some Medium Armor. 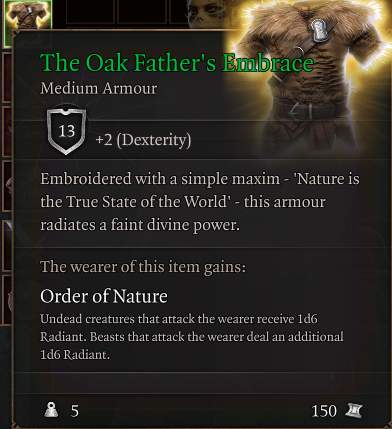 A trio of Orcs stand guard inside a house in the Blighted Village. While the other two Orcs can be kited more cleverly from outside the houses’ windows with bows and spells, Lurk himself will cast spells like Mirror Image, Firebolt on top of make use of his great strength. He can be looted after defeating him. 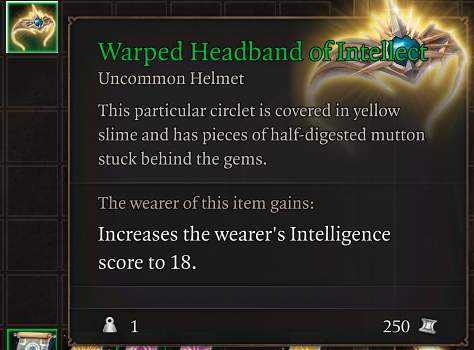 Inside the bottom of the Well is a mini-dungeon with Ettins, Shift Spiders and a beefy Spider queen with around ~150 HP. A lab near the dungeon’s entrance has Spiderstep Boots which will protect you from being affected by Web and similar effects. 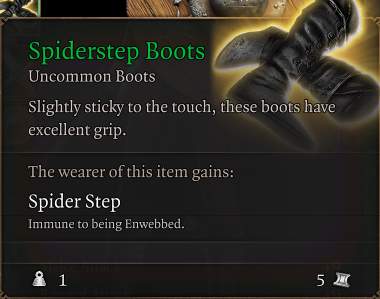 At the end of the dungeon is the Spider Queen who will summon small shift Spiders with 5 HP to swarm you. I recommend using a Potion of Giant Strength (purchasable from Auntie Ethel in the Druid Grove) to push the Queen off of the rock outings for ~50 damage a pop. After defeating her, you will find Poisoner’s Robes, a Story gem worth some money, and a Rune to warp outside. 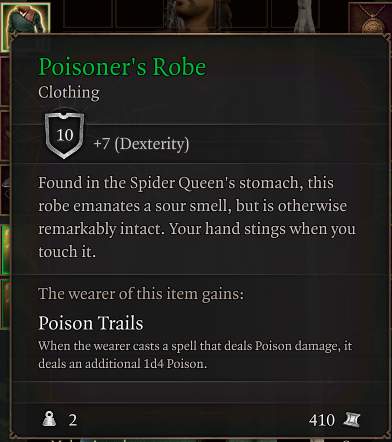 Paladin of Tyr: Sword of Justice

This is my personal ranger build for my playthrough of BG3 it became a strong Frontline fighter with some interesting stats in the end of the game. Guide to Frontline […]

Just a collection of stuff that is not immediately obvious when playing the game. Also some ideas for characters and stuff. Tips & Trick for Best Gaming Top tip: Avoid […]