This guide will help you achieve this achievement a bit easier, as its tricky to obtain due to the game physics.

When you arrive at the base, you will be greeted by a scientist. Once you have finished the conversation, head over to the door. 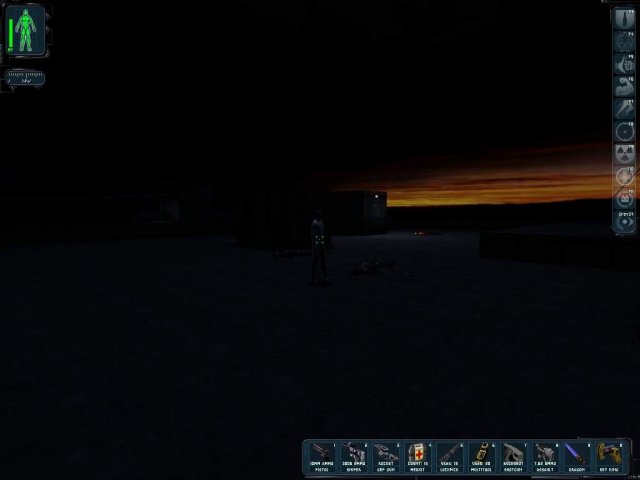 If you have a sniper rifle, GEP gun or some other form of explosive, take the opportunity to deal with the snipers and bots from the roof.

You will get the Achievement: Sniping’s a Good Job if you destroy all four bots paroling the base before you enter the main building. There are two medium bots who patrol near the building entrance, whilst the two large bots. patrol the building’s entrance courtyard.

Note: If you enter the building before destroying the bots, you will not get the achievement.

Proceed down the stairway and head to the elevator. Note you will encounter some guards and security defences.

In the main open hallway, you will encounter several MJ12 troopers and a MiB.

Note the MiB is the only one on the base, so you will need to knock him out by using a tranquilliser dart or using the riot prod. 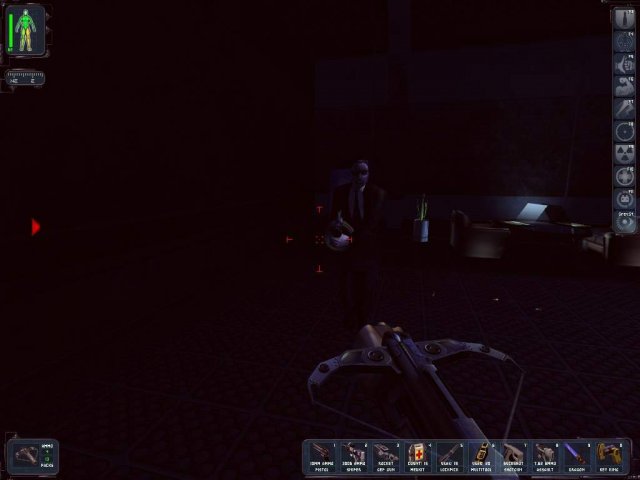 Once he is knocked out, head out to the main entrance, by heading back to the lift through the double doors. Be aware of security and MJ12 Commandos who are guarding the entrance. 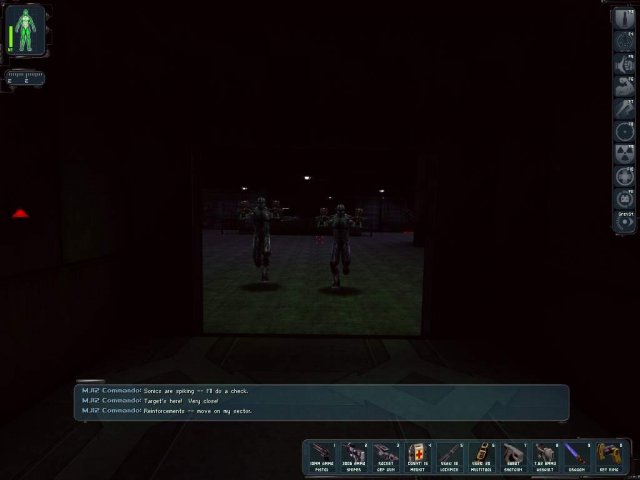 Once you have dealt with the MJ12 Commandos, deal with the security robots if you haven’t dealt with them already as you will be unable to enter the Comm building.

When the droids have been dealt with, head towards the sniper tower then turn right. Once you have reached the Comm building, enter the tunnel network, which is found in the barracks.

Note there is a Augmentation Upgrade Canister in the far left locker in the barracks. 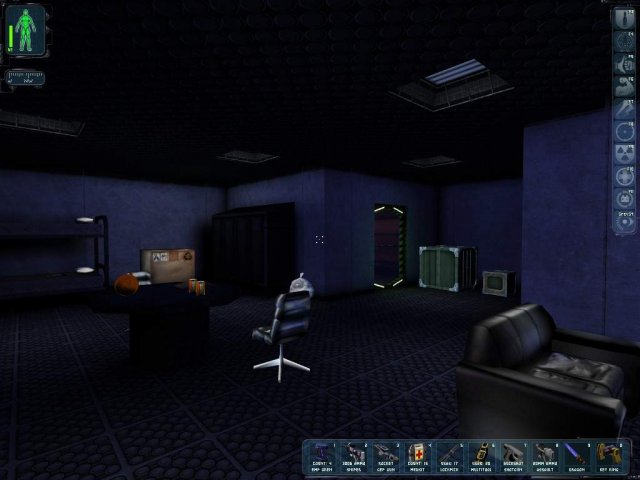 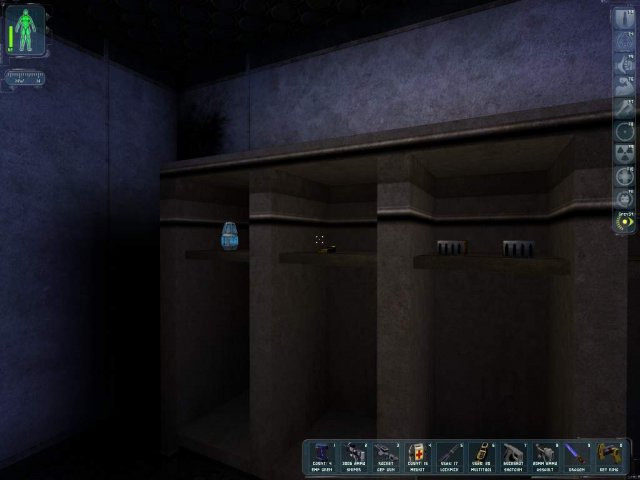 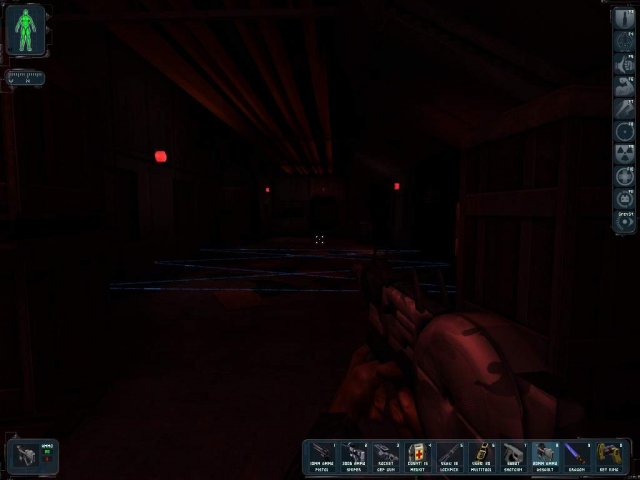 Note: Beyond the laser tripwires, there is a repair bot to the left in a cardboard box.

Beyond the door, you will enter a hallway and you would find the room with the vats.

The tunnel has four vats. It doesnt matter which vat you use. 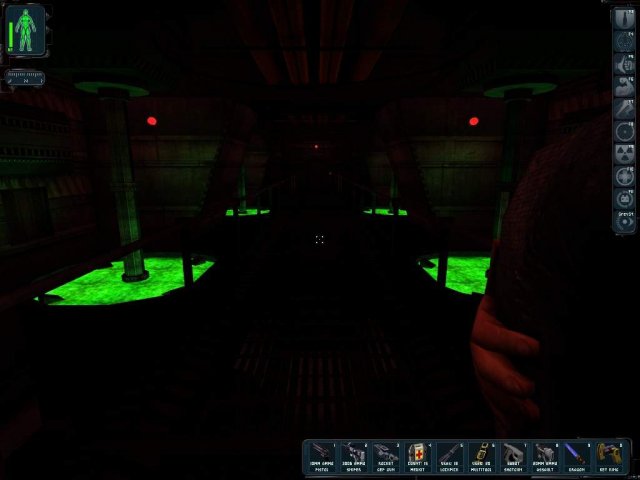 Throw the body onto the vat from the catwalk. 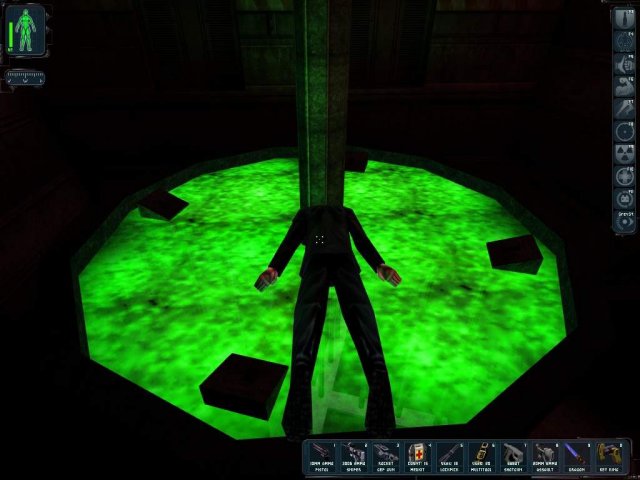 Next is the challenging part. Save your game as this next part will take several attempts due to the difficulty of it.

You will need to jump into the vat and avoid the blades as they will kill you upon contact, so either swim around until you can pick up the body or save time and throw him at once section you will only need to swim for briefly. 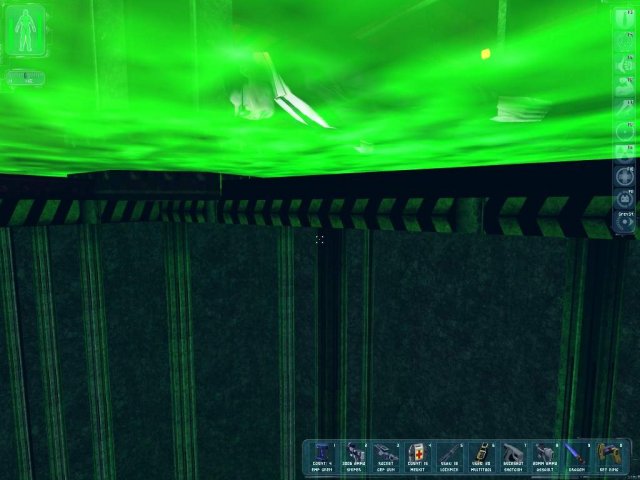 Once your close enough, pick up the body then drop him into the water; ensuring you keep swimming. 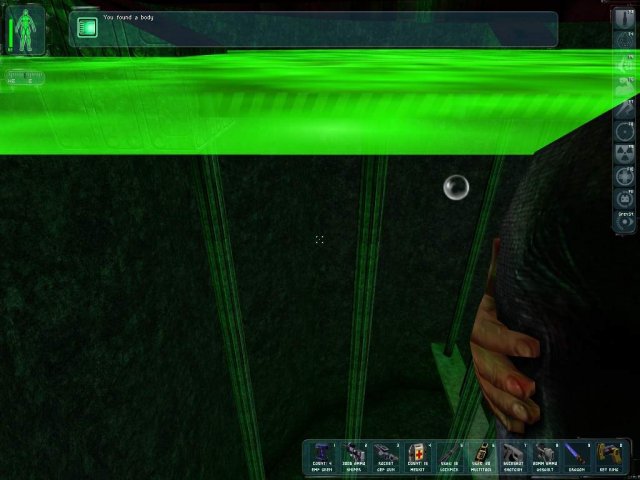 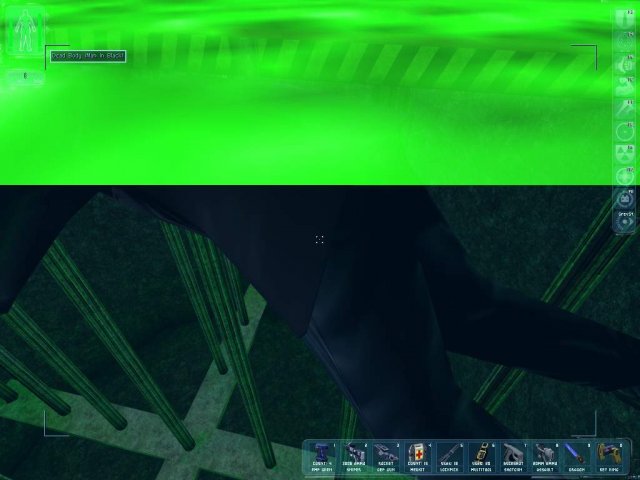 Once you done this, you should get the achievement.

Deus Ex: Revision – Am I Being Detained Achievement Guide

Having trouble with this achievement? Read this guide for help! How to Obtain Am I Being Detained Achievement Intro If you’re like me and saw DXR’s 255 achievements and thought […]