One way how to join the clerics quickly – without a single fight – and gaining enough mission experience points to start the game as a level 6 Acolyte. All difficulty modes.

How to Join the Clerics Quickly

To the Domed City

After you are done with the prologue/tutorial area of the game and exit the elevator bunker, do the mandatory talking with Duras, the berserker, but refuse to follow him at this point. Instead, you may go wherever you want within the seamless open world.

Travel north towards the old broken highways, which you can recognize on the world overview map. These old roads are quite desolate, but you may need to avoid roaming beasts from time to time. Don’t fight. If you feel like defeating lesser creatures (mass rats, critters, runt biters and similar), feel free to take them as an opportunity to practice fighting, but due to low XP for killing them it won’t be worthwhile. Else escape to safety. Run, sprint, fly. Fleeing works in this game. Stay on the highways. It should be easy to travel all the way without facing a real threat.

Eventually, you will be able to see the Domed City to the north-west. Some time before it, feel free to pick up Arx, a companion waiting at a bus stop shelter at the right side of the road.

Near the Domed City, a clearly circular landmark on the west side of the overview map, follow the next highway leading to the east. Again, it is deserted and severely broken. Pay attention to the few beasts near the road and below it in places where the concrete is so destroyed that you need to fly down and up again.

Continue to the east. Watch out for a patrol of clerics led by Rainer. If you arrive at a gas station next to a maintenance and storage facility, wait a bit, since the patrol may arrive from the north.

If you haven’t met Rainer yet and are curious and roaming freely a bit, feel free to continue to the east, still on the same highway. Enter the building surrounded by snow and ice, the “Converter in South Abessa”, for tons of talking and XP related to the early main missions. Leave and return as to continue searching for Rainer. He will be patrolling the roads between the Domed City and up to the area around the mentioned gas station.

Upon meeting Rainer, who is a Suggestor, talk to him and wake up in the clerics’ Hort in Ignadon.

Within the clerics’ Hort in Ignadon, the only thing left to do in order to become a cleric is an investigation mission. Talking, searching, negotiating and finally travelling to an outpost of the clerics to conduct further investigations.

The Hort seems like quite a maze, but it is easier to navigate, if you realize that the path through it is roughly a large circle. Starting exploration counter-clockwise will work nicely. The most important buildings have names at their entrance. Your primary contact is Judicator Reinhold within the “Archive” building. Your secondary contact is Legate Dietrich within the “Administration” building. The latter hands out the second part of the mission, where you will need to leave the Hort as to reach an outpost on the map. Again, no fighting is necessary as to reach it. Just travel cautiously. Use the map and the jetpack wisely.

At the outpost, if you discover the dealer and talk to him, cooperate with him. You don’t want to anger him, because he would attack in duel mode. It would be easy to escape (as to return later), but harder to defeat him with an unskilled player character with poor equipment and few consumables. Instead, keep secret about his undercover activity, return to the Hort and be accepted as a cleric with enough XP as to reach level 6.

As a plus, you gain your first PSI ability for free.

As a level 6 Acolyte, you may choose to stay within the clerics’ Hort for some more time, getting to know your fellow clerics and accepting more missions from various NPCs.

However, the outside area called Ignadon is less safe than the land of the berserkers, Edan, where the game starts. Hence the more interesting path is to return to Duras, the berserker, and then continue with exploring the world, visiting the berserkers’ village Goliet and supporting them. They offer a variety of errand boy tasks and other easy missions. And they don’t refuse to work with a friendly cleric. Some of the early missions lead to places far away from Goliet, so apply the same travelling and exploration strategy as before when searching for Rainer. 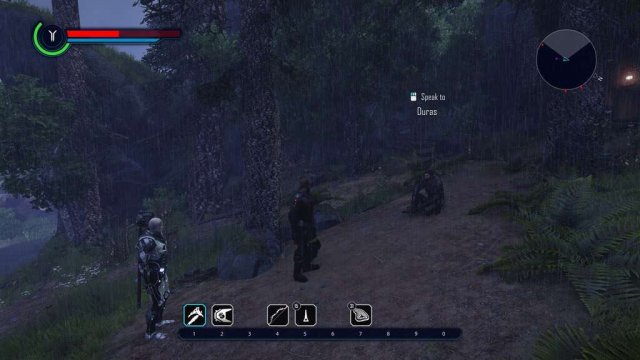 When it comes down to exploring the world of Elex, your jetpacks comes in really handy. Jetpack Location of the jetpack When advancing through the first minutes of the game […]

Berserkers: Join them I go through the basic idea of joining the beserkers. This will contain some quest information, so if you feel like this spoilers you, dont keep on […]

ELEX – How to Make Money (Elexit) Fast and Easy

Hello guys! I will show u step by step how to make 1 Milion Money (Elexit) in five mins. How to Make Elexit Go to the fort (at the desert)  […]