Some users weren’t able to use their controllers due to how this game implemented the Steam input.

To fix this, just open the controller settings into the game, go to browse config, then go to community and apply the one that says “Official input config”.

Copy and paste the next commands just as shown below:

If you have a mid-range PC, please replace the grass and foliage commands with the ones below in order to get more stability in performance:

This should help fix the NPC distance issue by changing the fadeout/despawn distances to 100000 – if you have any problems with it please let me know!

This’ll also automatically unlock the dev-console for you, and allow loading in loose files, without them needing to be pak’d (should be useful for modders testing their changes).

(This was mostly developed against the demo version, but was easy to move to the full game thanks to a friend lending me access – hoping to buy a copy myself soon so I can work on it some more).

I just wanted to make a post detailing the progress that is being made on patching in a few things that I feel as if are lacking in a UE4 release (and would be easy to support on the developer end of things, as some things are being adjusted during runtime, probably through Blueprints).

Here’s some progress on a Cheat Engine table, but due to how the game does some things differently than other UE4 games (And there’s some UI jank mixed in, due to the fact they didn’t properly anchor some UI elements), it’s going to take a bit for me to release a partial fix. The stretched FMVs are likely going to require patching through 3dmigoto as well.

Cutscenes are capped at 60FPS by default (This includes a fix), and adjusting the t.MaxFPS value should help out with the Vert- scaling present. The FOV can also be adjusted independently from the FOV offset used for the Vert- FOV scaling.

Alright, I have a beta version up for those who want to give it a try. Make sure that Visual Studio 2019 Redistributables are installed before running this, as it will prevent the mod from loading.

Keep in mind that due to some typecast issues that I’m facing regarding getting the right pointers for the FOV to be read and written from in C++, the Exploration and Combat FOV options are currently not functional. I plan on having a repository up on GitLab soon, so I can easily compile updates through AppVeyor and also have source code for those who want to dig into it.

This happens when you try to go to other area and get close to the exit/entrance. The game seems to load something and it stutters.

This is only present in the PC version. 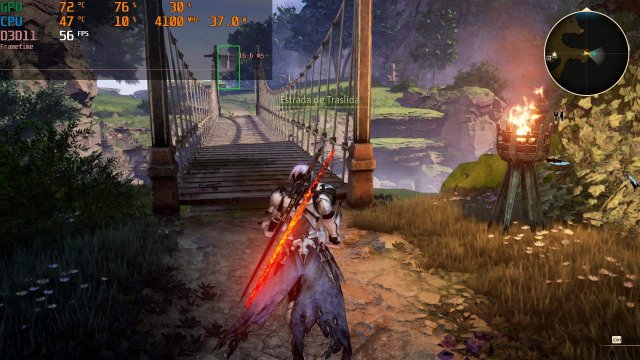 If you cannot tell it due to video quality, the hitches and stutters are present in the frametime graph, right in the top left corner.

The game is not able to handle audio enhancements when using 5.1 / 7.1 output or compatible headsets.

This is more noticeable when you are walking through the map and then you get into menus, or between cutscenes and gameplay. You can suddenly hear how the sound changes from 5.1/7.1 surround to stereo, so it impacts directly in the immersion of the game (even more when using headphones).

P.S. The idea of this guide is to enhance as much as possible the user experience going a little bit further. The game is very good optimized, but still not near to be perfect.