Phantom Express A no-brainer for many players, the Phantom Express really tests your ability to parry and dodge, constant management between projectiles, hazards, parries, and the boss itself can make the fight frustratingly difficult. Not to mention you have very limited space to manuever around.

Rumor Honeybottoms While she is the lowest S-Tier boss, that doesn’t mean she should be taken for granted. Projectiles come at you at a rapid pace not to mention having to constantly jump platform to platform and avoid the occassional bee. 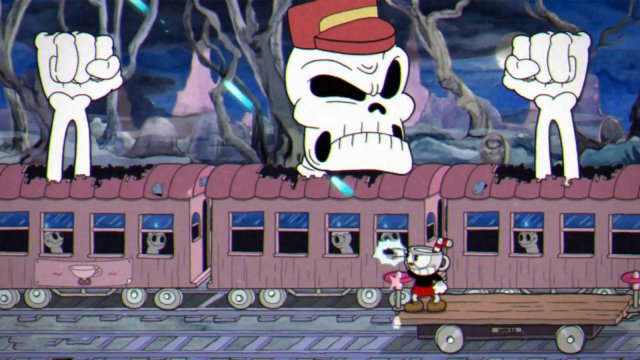 Djimmi the Great With a total of 5 stages, each being difficult scenarios where dodging is going to be your best friend, he will take lots of practice if you ever want to try to complete him.

Captain Brineybeard This scurvy pirate will require luck, constant management, timing, and hazards will be on the stage, there is no stopping nor breaks on this shipwreck.

Grim Matchstick Easily one of the most difficult bosses in the game if you don’t have a high DPS weapon, but if you do he can be done with ease.

Sally Stageplay One of the most unpredictable bosses making learning her patterns very difficult, but they can be followed well if you’ve learned them.

The Devil A difficult end-fight that will require precision and effective parry skills, but he’s not really that bad. 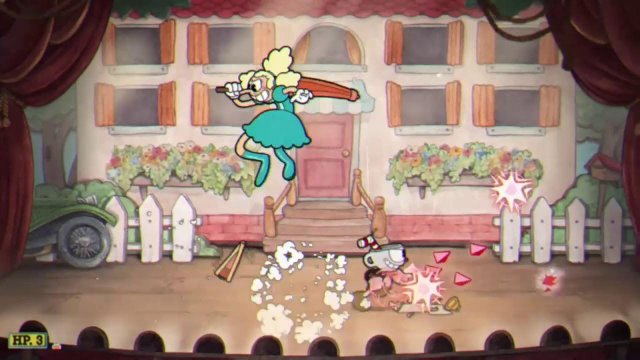 King Dice While his sole boss fight is relatively easy, getting to him is not exactly easy, but for the most part isn’t too difficult as you get to choose what boss fights you fight.

Cagney Carnation The first boss you’ll encounter that really gives you a rough time, you are forced to maintain your standing on 2 platforms areas which in itself isn’t too difficult.

Wally Warbles A simple reflex-based boss, not much more to say.

Beppi the Clown While a pain for some, he’s debatably easy as his patterns are very predictable and avoidable.

Baroness Von Bon Bon A fun bossfight with RNG-based stages, but all of which are quite easy, only troublesome stage is the last one. 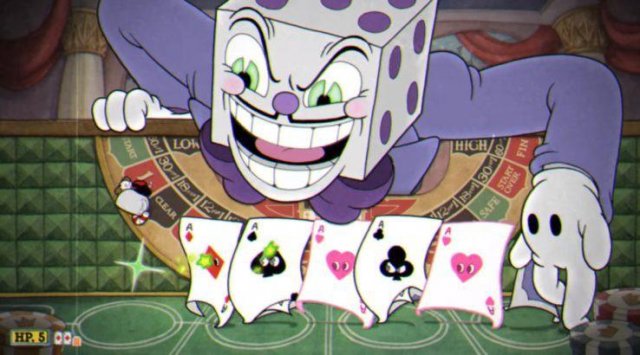 Hilda Berg The first shoot-em-up you’ll ever come by, difficult for newer players, but after you know basic game mechanics, she’s pretty easy.

Werner Werman A relatively easy World 3 Boss, his attacks are very easy to avoid and doesn’t offer much of a challenge.

Casino Bosses (King Dice) All of them are pretty easy to wallop and avoid with the exception of the Tipsy Troop, which is still pretty easy.

Ribby and Croaks A quite manageable bossfight, introduces new mechanics into play such as parry and dodging.

Goopy Le Grande A very simple and predictable boss fight, only 1 attack, only time where you could get mixed up is if you are new and have no knowledge of his 3rd stage.

Cala Maria Easiest shoot-em-up in game, 2nd and 3rd stage are troublesome until you learn the patterns and what to do.

The Root Pack The most basic and first boss in the game. 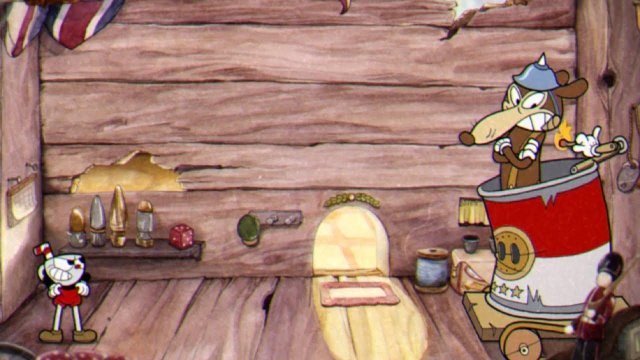 Cuphead – How to Beat Djimmi the Great

How to beat Djimmi the Great (boss) from Cuphead. Other Cuphead Guides: 100% Achievement Guide. How to Beat Cagney Carnation. How to Beat Ribby and Croaks. How to Beat Beppi […]