A comprehensive guide to enemies in Strange Brigade. 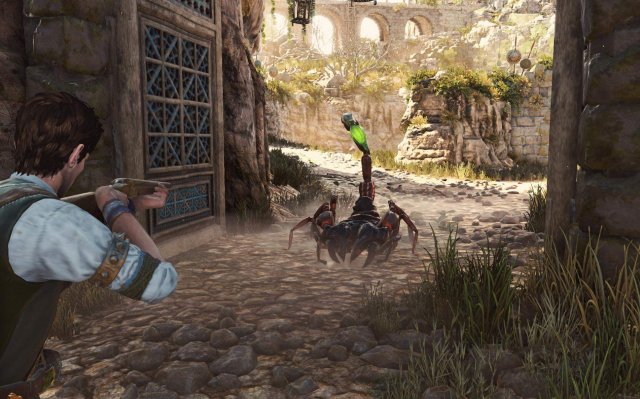 These monstrous insects are a hideous sight to behold. Their deadly pincers and ferocious stinger can prove troublesome for any Brigade member. These terrible critters can be found anywhere but more often cave openings and nesting sites. 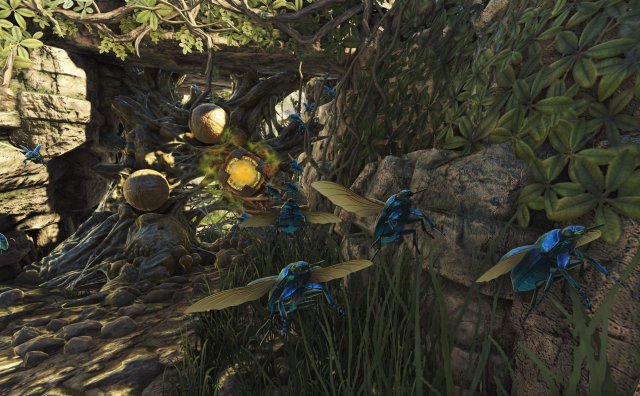 The swarm comprises of thousands of flesh eating scarab beetles, hell bent on feasting on anything they happen upon. They are usually found in caves or insectoid nesting grounds. They are fast moving and can prove to be a frustrating adversary. 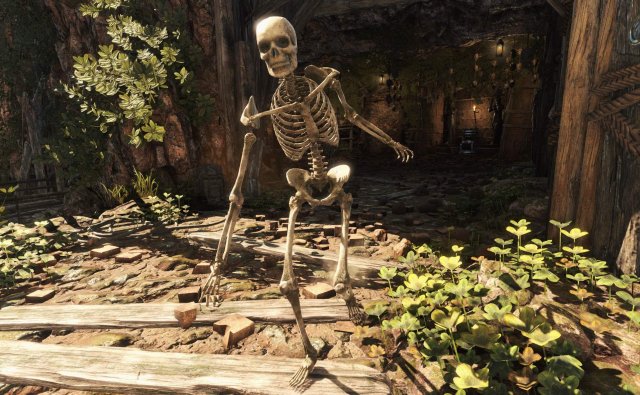 The lack of skin and muscle is still no deterrent for these undead fiends. These skeletal horrors when called upon un-bury themselves in order to savage anything in their path. They come in a few terrifying varieties, some armoured and therefore harder to kill, some with an exposed heart which provides an additional life force. They can usually be found dwelling in caves or as an added ‘bonus’ for any secret rooms you uncover. 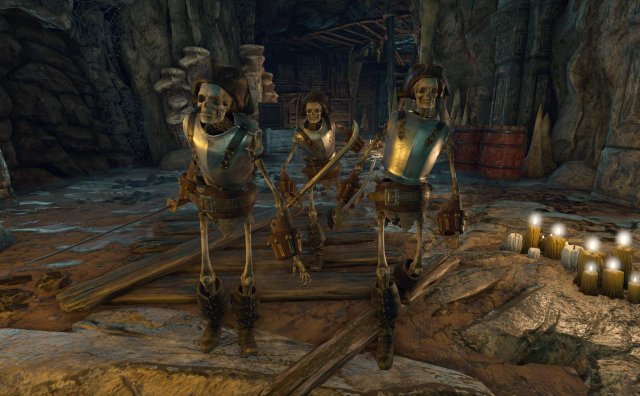 With Tiberian at the helm, when alive, his motley crew of vagrants and bandits savaged the high seas. No village, town or city was left unturned as they tore through in search for treasure. Anyone that stood in their way were obliterated. Now having been trapped within the Cutthroat Caverns they remain as twisted as ever, still bloodthirsty, always hideously violent. 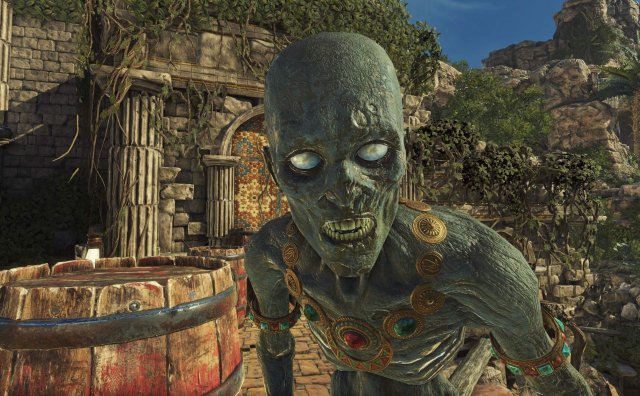 The Cadaverous Horror comes in many forms and will be your most frequent adversary during the campaign. At times they seem like a never ending plague sent by Seteki to rid the world of life. They are the remnants of a once glorious time in Egypt. They now roam tainted, under a dark magic curse. Their blood curdling shrieks will strike fear into members of the Brigade and alert you to the incoming evil. 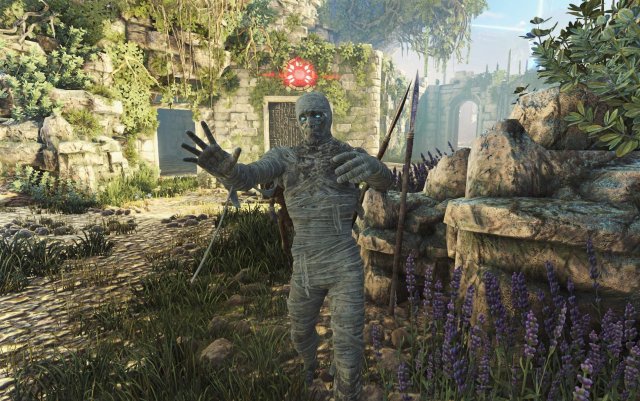 Powerful and fearsome, the Mummified Miscreant in the definitive undead commander. Its influence on other foes make it a very dangerous adversary. It can often be found within the undead horde making its way toward the Strange Brigade with terrifying effect. 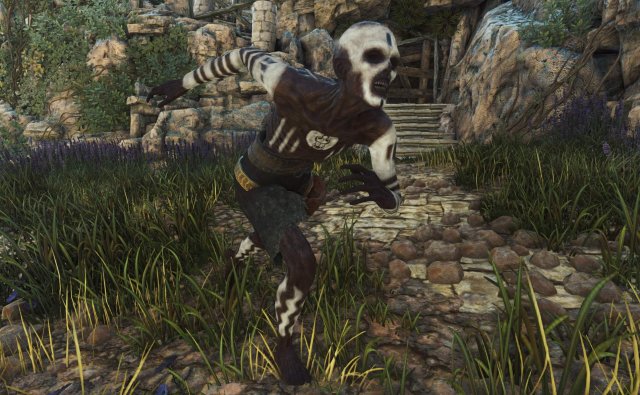 Freakishly fast moving with added magical manipulation for deadly measure. These horrific abominations are able to move through time and space making it very difficult for the Strange Brigade to defeat. Their war paint and blood curdling screams signal their sickening attack! 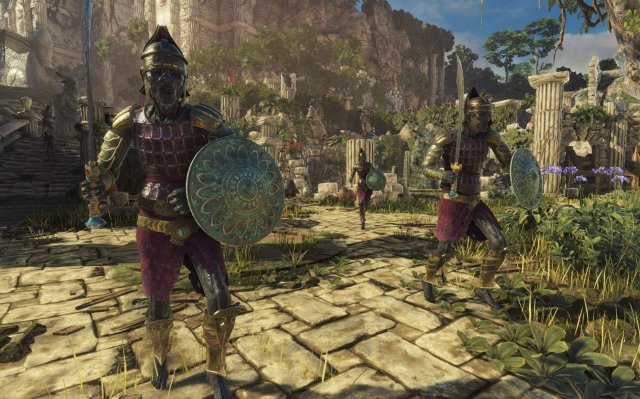 Once highly trained, valued members of the royal guard, they were selected for their size and stature and most importantly, their loyalty to their Queen. This loyalty is now twisted and contorted into an evil obedience as a result of the control of Seteki. They mindlessly march toward any infiltrators to the realm and will stop at nothing until any invaders are permanently stopped! 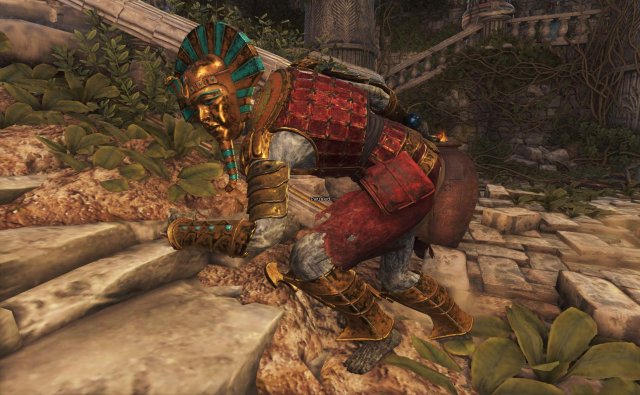 Amongst her many horrifying minions Seteki’s Revenants are some of the most deadly! Once highly trained royal protectors, they are now dark shadows of their former selves and seek nothing but death and destruction. Their loyalties to their queen are still however very much intact and will stop at nothing to prevent anyone from harming her. 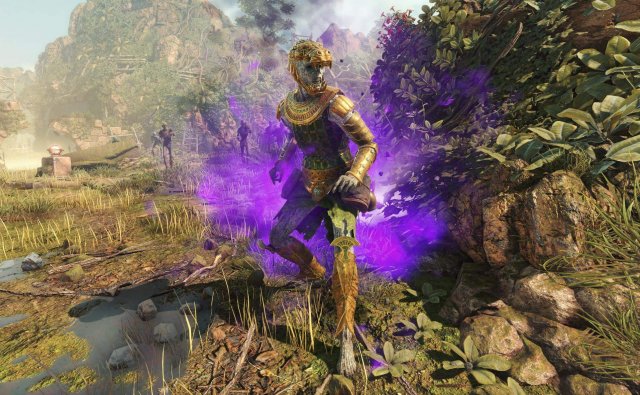 Once an important part of the Royal ensemble. The Alchemists were key in discovering special cures and other treatments for ailing members of the Royal circle. Some dabbled in dark magic in order to further their position in society. In doing so they forever damned their souls for eternity. Their corrupted shells now roam the landscape as evil vessels for Seteki. 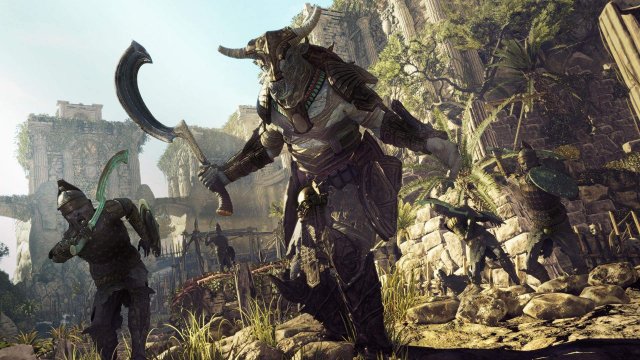 The largest and most feared of Seteki’s champion collective. The Grand Champion wields a huge war hammer that destroys anything in its path. Once a revered champion that protected its people with honour. Now its decayed and corrupted form is now a twisted vessel for evil and death. The Grand Champion is the last enemy the Strange Brigade will face before heading into the Cutthroat Caverns. 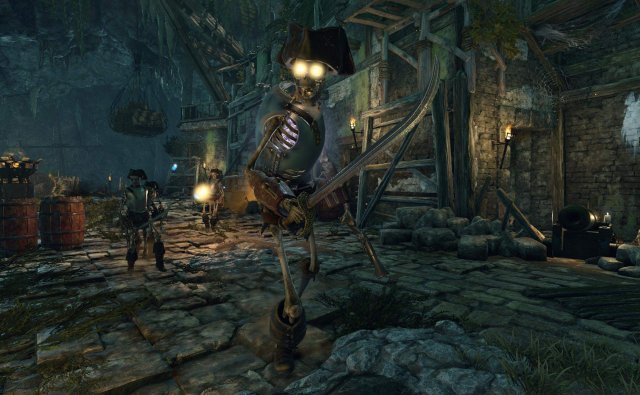 A feared voyager of the high seas, Tiberian took no prisoners in his conquest for treasure. His terrifying crew were revered throughout the oceans for their sickening no-holds-barred aggression. As a leader he commanded with an iron fist and demanded complete and utter loyalty. His travels lead him to Cutthroat Caverns where his mortal existence came to an end. Now another vessel for Seteki, Tiberian roams the caves in search of his own corrupted soul and the souls of anyone unlucky to cross his path. 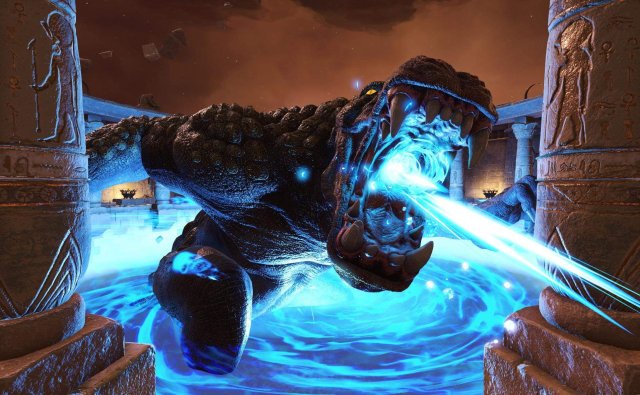 A mythical beast of untold power and ferocity. Queen Seteki has a mysterious control over the monster and seeks to use it as an apocalyptic vessel. It dwells on an outer world waiting to be unleashed upon earth. The Strange Brigade will certainly have to drum up significant courage in order to defeat Ammit! 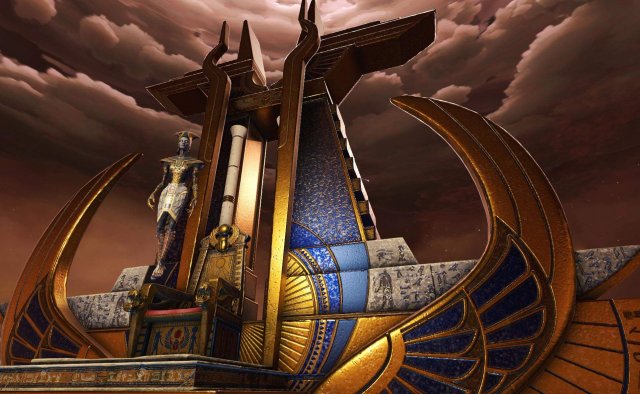 Much of Queen Seteki’s origins are unknown. What is crystal clear is her blatant desire for death and destruction on an apocalyptic scale. Her control over the undead makes Seteki a formidable adversary. Throughout the campaign The Brigade will encounter frightening mirages of Seteki, warning anyone to halt their endeavours or suffer very permanent consequences. 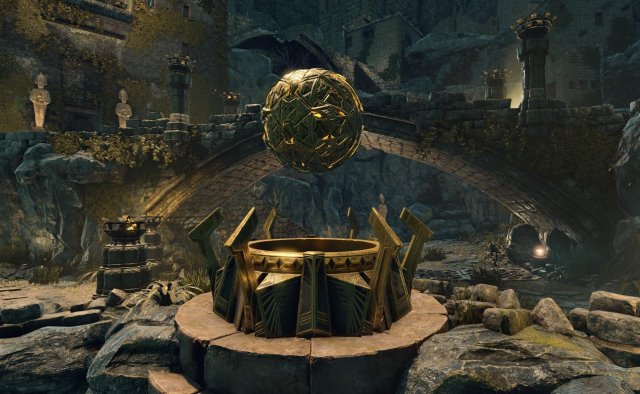 Seteki’s golden spherical soul prisons contain the essences of the dead. They are markers for intense battles between the Strange Brigade and the undead horde. Upon their discovery Seteki calls upon her evil forces to protect them. Once certain waves of foes are dispatched the Soul Cage becomes exposed allowing team members to fire upon it, weakening its strength. To protect the souls it fires incendiary balls that can deal massive damage to whomever they come into contact with. The encounter is segmented into three stages with the final destruction of the Soul Cage allowing for the acquisition of any trapped souls and the end of the level.

Strange Brigade – Solving the Puzzles of the Dead

Void Puzzle This one is a little tricky. You have only 4 rooms in a circular arena that can help you fight the onslaught of undead, plus it’s easy to […]